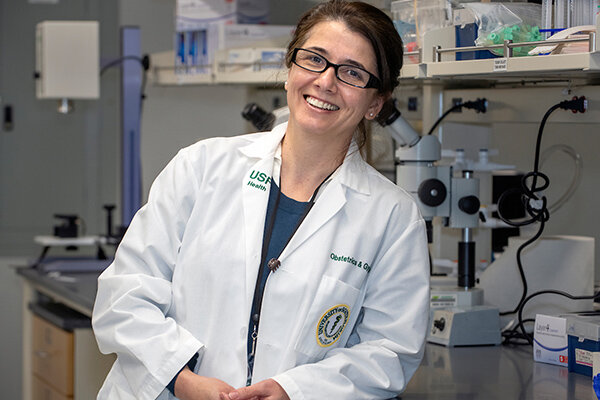 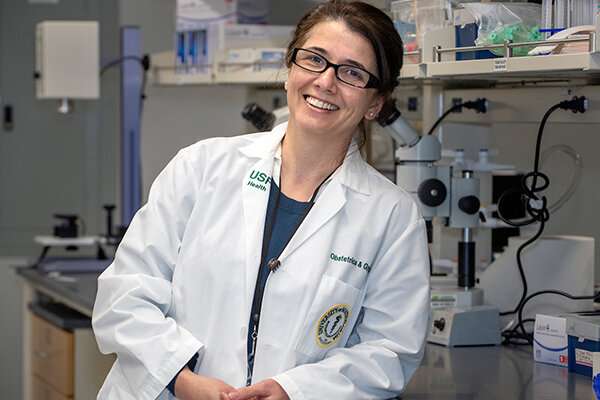 A preclinical study by a University of South Florida Health (USF Health) Morsani College of Medicine research team has discovered a new mechanism for how Zika virus can pass from mothers to their children during pregnancy—a process known as vertical transmission.

The researchers showed, for the first time, that specialized cells lining the uterus (maternal decidual cells) act as reservoirs for trimester-dependent transmission of the virus through the placenta—accounting for both the fetus’s greater susceptibility to first-trimester Zika infection and for the more serious congenital defects observed in early versus late pregnancy. They also report that the agent tizoxanide inhibits ZIKA virus in maternal decidual cells grown in the lab, offering promise for preventing perinatal transmission that can cause devastating malformations and brain damage in developing fetuses and infants.

The findings appeared Dec. 1, 2020 in the Journal of Immunology.

“If we can better understand Zika virus vertical transmission and successfully block infection in maternal (decidual) cells early in the pregnancy, the virus will not pass through the placenta to reach the fetus and it is less likely to cause severe abnormalities,” said Guzeloglu-Kayisli, the paper’s lead author.

The widespread global alarm caused by the spread of mosquito-borne Zika virus throughout the Americas in 2015-2016 dissipated after the virus all but disappeared in 2017. Yet, resurgence remains possible in areas where the Aedes aegypti mosquito is prevalent, and there is no treatment or vaccine available for Zika virus infection.

While most Zika-infected adults show no symptoms, the virus can cause minor flu-like symptoms, and in rare cases has been associated with Guillain-Barre syndrome. However, Zika poses the most concern for pregnant women, because up to one in 10 newborns of affected mothers suffer Zika-associated birth defects, including smaller than normal head size (microcephaly) that can lead to developmental disabilities and other health problems. Zika has also been linked to pregnancy complications, including preterm birth, preeclampsia and miscarriage. Moreover, timing appears important. Mothers infected in the first trimester are much more likely to have babies with severe Zika birth defects than mothers infected in the third semester.

The placenta, the organ supplying maternal oxygen and nutrients to the growing fetus, has ways to prevent most pathogens, including viruses, from crossing its protective maternal-fetal barrier. A subtype of fetally-derived placental cells known as syncytiotrophoblasts, in direct contact with maternal blood, are assumed to be the site where the Zika virus enters the placenta, leading to potential fetal infection. However, Dr. Ozlem Guzeloglu-Kayisli said, these particular trophoblasts resist Zika virus attachment and replication.

To learn more about how Zika gets through the placental wall, the USF Health team began by investigating the cellular and molecular mediators of Zika virus replication. Among their key findings, the researchers: