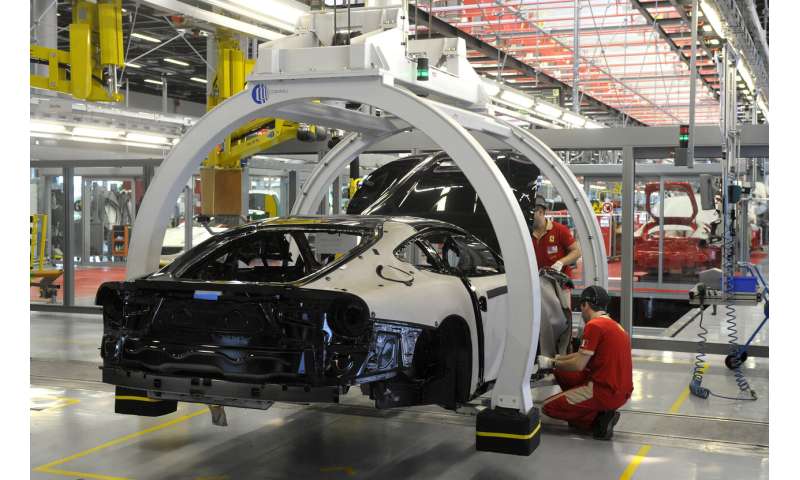 Italy has become the first western developed nation to idle most of its industry to halt the spread of the coronavirus, a potential cautionary tale for other governments, such as the Trump administration, that are resisting such drastic measures.

After more than two weeks of a nationwide lockdown, the Italian government decided to expand the mandatory closure of nonessential commercial activities to heavy industry in the eurozone’s third-largest economy, a major exporter of machinery, textiles and other goods.

The move by Italy, which is leading the globe in virus deaths, is more in line with draconian measures taken by China than with declarations coming out of other democratic partners, who are at least a week or two behind Italy’s rate of virus infections.

The industrial closures put in stark contrast concerns over protecting lives in a country with an especially vulnerable aging population against fears of hurting an economy that already was on the brink of recession.

The industrial lobby Confindustria estimates a cost of 70 billion to 100 billion euros ($77 billion-$110 billion) of national wealth a month if 70% of companies are closed, as anticipated. Though some big companies had already suspended activities, thousands of smaller manufacturers had continued after adopting new safety regulations, and will now shut down. 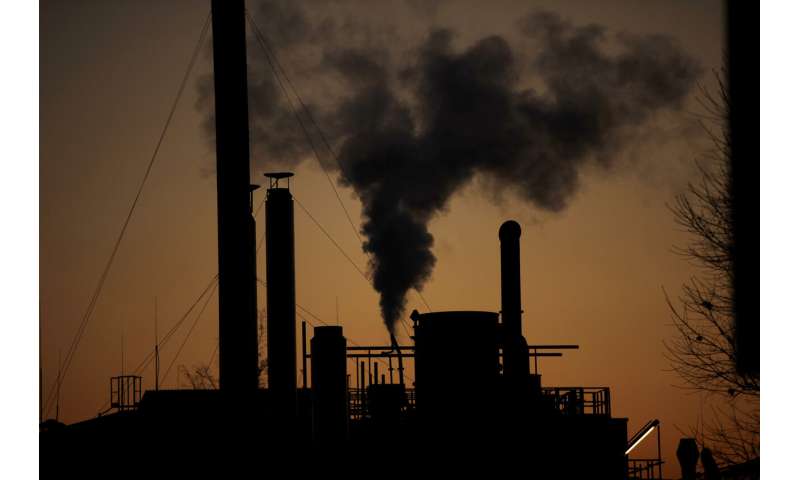 Economists grow dizzy speculating on the possible economic drag in a country that never fully recovered from back-to-back recessions the last two decades. UniCredit bank’s chief economist, Erik Nielson, expects the economy to shrink by a staggering 5% to 15% this year – and that’s assuming a recovery toward the end of 2020 and takes into account a 25 billion-euro aid package and 350 billion euros in liquidity and credit. Another 25 billion-euro package has been promised. The Italian Treasury has put the virus hit at 5% to 7% of GDP in 2020.

”The economic consequences of the suspensions risks to be unsurmountable, because the continuity of companies is being interrupted for a substantially undetermined period,” Il Sole 24 Ore, the respected business daily of the Confindustria lobby, wrote Thursday.

The government decree mandates the industrial shutdown for one week, but as with the rest of the harsh containment measures they are likely to be extended depending on the pace of contagion. 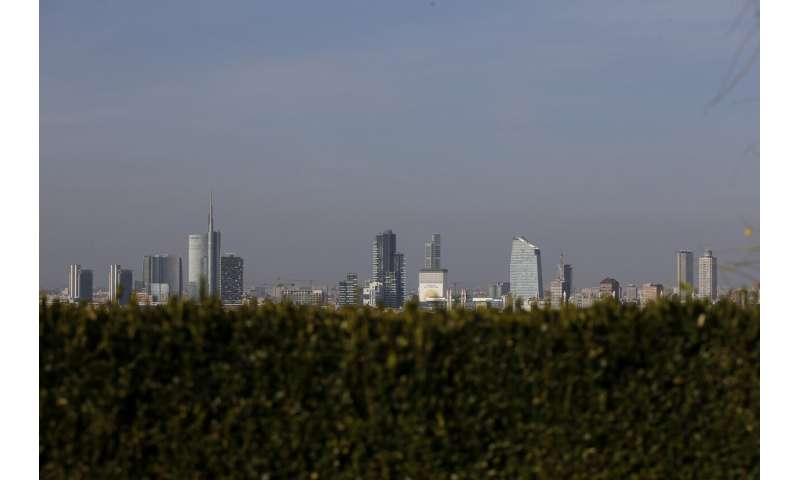 It’s a sobering prospect for other countries in Europe and for the United States, where President Donald Trump has said he aims to have commercial businesses reopen by mid-April, despite warnings from health experts that that is unlikely. There has been no discussion of closing U.S. manufacturing as a nationwide measure.

Unions in Italy have fought especially hard to have more sectors considered nonessential in order to protect workers. They won limits on activity at call centers as well as the production of plastic packaging, some paper and chemical products.

The powerful CGIL union confederation had said the government’s initial list counted 800,000 companies as essential, with workers numbering 7.5 million, or 57% of the workplace.

Italy’s moribund car industry has already been idled voluntarily, with Fiat Chrysler shutting down most of its Italian production and Ferrari converting a part of its factory to help make respirators. The tourism industry has been at a standstill for a month, and struggling Alitalia is virtually shut down. All non-essential commercial and retail activity was shuttered more than two weeks ago. 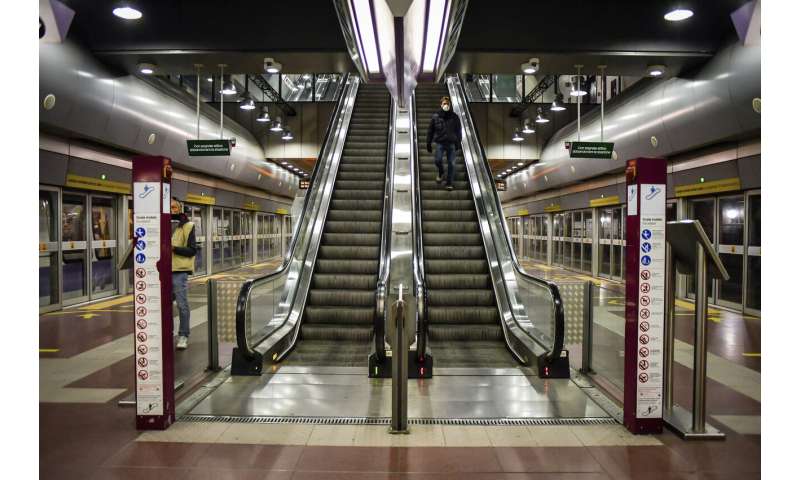 Under the measures, fashion house Prada said it will start producing 80,000 medical overalls and 110,000 masks for health care workers, and the Armani Group was converting to make single-use medical overalls. Work on a Genoa bridge to replace the one that fatally collapsed in August 2018 – considered of strategic importance – continued, while that on the Italian side of the Brenner Base Tunnel, which will be the longest rail tunnel in the world when completed, was suspended along with work on the Italian side of a high-speed rail tunnel to France.

In all, hundreds of thousands of small, medium-sized and large companies will be closed, with workers receiving partial salaries under short-term unemployment schemes that have been extended to even the smallest businesses.

They include Pirelli tiremaker, with Italy accounting for just 6% of global production, and Luxottica, the largest eyewear manufacturer in the world whose brands include Ray-Ban and Oakley. 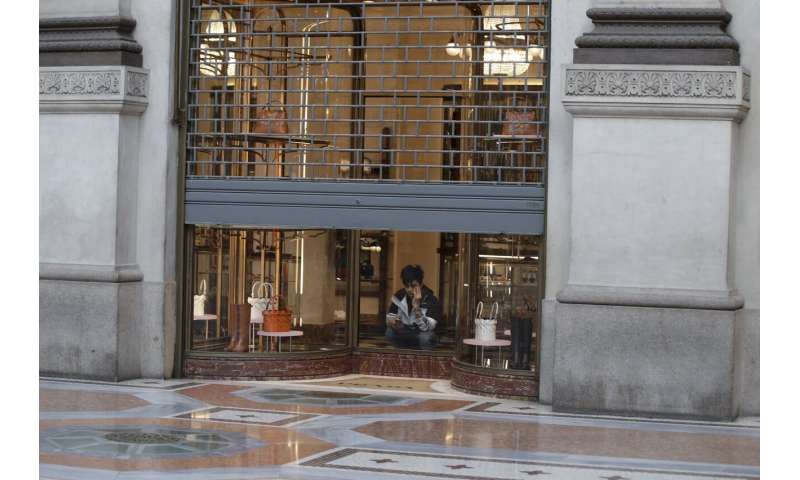 The big concern for the small and medium-sized company owners that power Italy’s economy is how long the shutdown will last, and how hard that will hurt cash-flow and hinder a smooth return to business.

“If the shut-down is two or three months, it might be as simple as turning a light back on, because supply chains and logistics are very efficient,” said Carlo Salvato, an expert in small and medium business at Bocconi University. ”But if the shutdown is longer and precipitates a deep slide in wealth, the patterns of consumption could change dramatically.”

Olivari is a family-run maker of door handles based in northern province of Novara that survived two world wars, during which it was converted to munitions production due to its expertise with brass and aluminum. But in this shut down – despite the war metaphors – there is no war machine to balance losses from the forced closure. 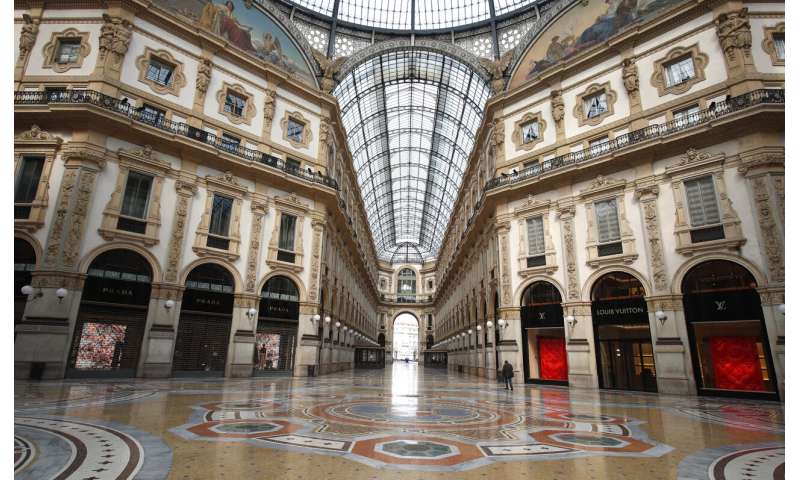 Antonio Olivari, head of research and development, said the business, which counts 80 workers and annual revenue of around 15 million euros, can bounce back from two weeks or a month of a shut down. “It makes no sense to produce now anyway, with hardware stores and other channels closed,” he said. But if it drags on for months, issues emerge, like salaries.