Home » Health News » If you’re struggling to lose weight while intermittent fasting, this might be why 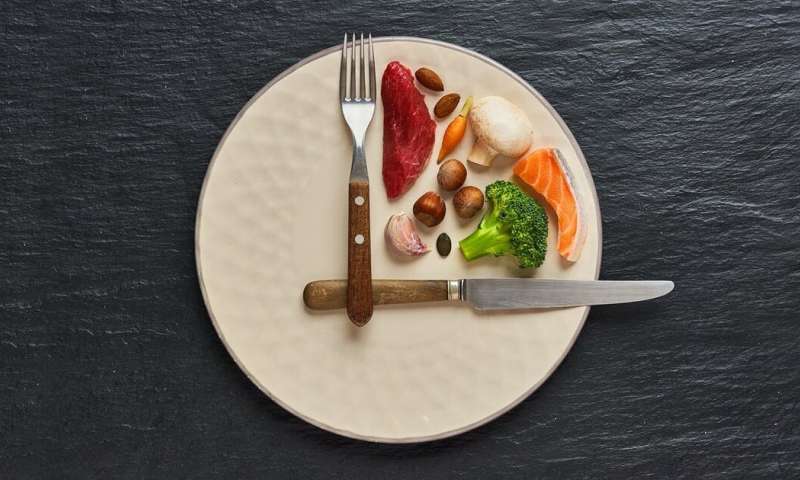 Intermittent fasting is a way of losing weight that favors flexibility over calorie counting. It restricts the time you are allowed to eat, which reduces calorie intake by limiting opportunities to eat. That’s the theory, at least.

A popular version of intermittent fasting is the 5:2 diet, which involves eating a very low-calorie diet (about a quarter of usual calorie intake) for two days each week and unrestricted eating on the other five days. This approach has worked well for some people, but not everyone. In our latest study, we found that people cheat on their intermittent fasting diet, without realizing it.

Conducted over three days, the study aimed to find out how eating and physical activity changed around a period of calorie restriction.

A group of male participants completed two trials. On the first trial day, they were told they would have a very low-calorie diet (about 700 calories) the following day. Throughout the rest of the day, we tracked how much the participants ate and we assessed their hunger before and after each meal. Their physical activity was also monitored throughout the day.

The next day, participants ate the very low-calorie diet, and we monitored their physical activity. The morning after completing the low-calorie diet day, we measured their food intake at an unrestricted breakfast and assessed their hunger before and after the meal.

Each participant also completed a control trial that followed the same method. During the control trial, participants ate a typical diet (about 2,800 calories) instead of a very low-calorie diet.

We found that participants ate 6% more on the first day of the study and 14% more at the unrestricted breakfast on the low-calorie diet trial. This was despite hunger levels before and after each meal being similar to the control trial. This suggests participants ate more because they knew food intake would be restricted the following day, rather than because they felt hungrier.

Interestingly, low-intensity physical activity, such as washing the dishes, which tends to be spontaneous behavior rather than consciously planned activities, was the most affected component of physical activity. We found changes in eating and physical activity behavior occur before, during and after a day of low-calorie dieting. These behavioral changes reduce the likelihood of intermittent fasting leading to weight loss.

Earlier studies support our findings. Skipping breakfast for six weeks was shown to reduce physical activity and increase calorie intake at later meals. This was enough to fully compensate for calories skipped at breakfast. This raises the question: is fasting or severe calorie restriction worth the sacrifice?

Weight loss from any diet is always likely to be lower than expected. Compensatory mechanisms defend against a calorie deficit far more strongly than a calorie surplus. In scientific studies of intermittent fasting, participants are often guided by a dietitian on how many calories they should eat on the unrestricted days. Even with this support, participants in these studies still lose less weight than would be expected if the calorie deficit had been fully preserved.

Our study highlights what and when compensatory behaviors occur. This information can be used to improve the effectiveness of intermittent fasting diets. Being more mindful when eating before and after a period of calorie restriction and incorporating exercise into diet plans, could help increase the likelihood of intermittent fasting leading to weight loss.

Intermittent fasting is not a miracle diet, but some people may benefit from its flexibility, and with a few minor adjustments, it could be even more effective.