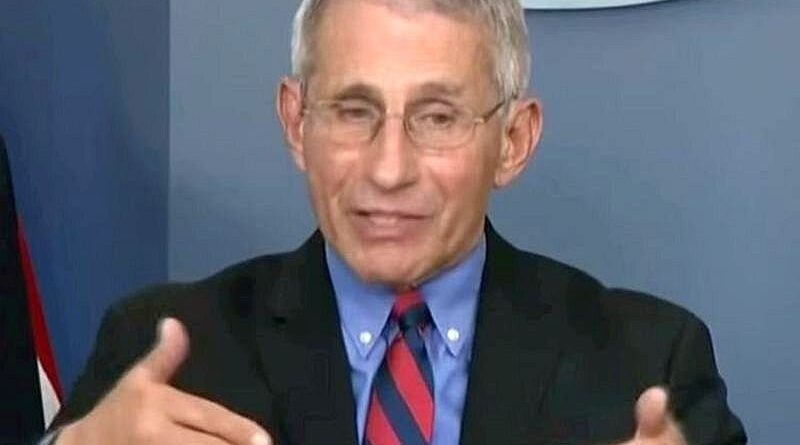 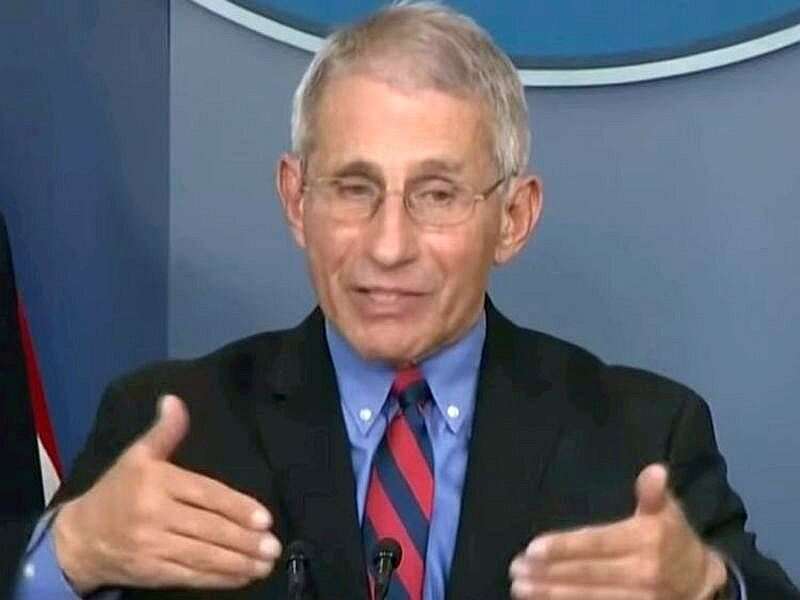 If new, more contagious variants become dominant in the United States, a high rate of Americans who have already suffered through a case of COVID-19 will likely get re-infected.

Therefore, “you need to get vaccinated when it becomes available as quickly and as expeditiously as possible throughout the country,” Fauci told CNN on Monday.

At least three coronavirus variants that appeared to originate in Britain, South Africa and Brazil have surfaced in the United States. While the average COVID-19 case rate in this country has declined in recent weeks, officials are concerned these variants could fuel another surge.

Fauci, the director of the U.S. National Institute for Allergy and Infectious Diseases, said Monday that health experts in South Africa have already seen that the variant there has such a high rate of re-infection that previous infection did not appear to protect people.

Ramping up the U.S. vaccination campaign is the best way to lower the chances that these new variants will fuel yet another surge in America, he noted.

Most importantly, current vaccines can still protect against serious disease, including hospitalization and death, regardless of the variant a person is infected with, Fauci said.

At the same time, widespread vaccination could help keep the new variants from becoming more dominant.

“Viruses cannot mutate if they don’t replicate. And if you stop their replication by vaccinating widely and not giving the virus an open playing field to continue to respond to the pressures that you put on it, you will not get mutations,” Fauci explained during a White House COVID-19 response team briefing on Monday.

“Right now, we are in an absolute race against time with these variants, with trying to get people vaccinated before they spread too much across our country,” emergency physician Dr. Megan Ranney, director of the Brown-Lifespan Center for Digital Health in Rhode Island, told CNN. “It means that just going to the grocery store, to school or to work could become more dangerous. We have an already overtaxed and exhausted health care system.”

As the United States grappled with trying to track down variant cases, Public Health England reported a disturbing discovery on Monday: The variant that has brought that country to its knees appears to be gaining a mutation that could help it elude vaccines, The New York Times reported.

The variant, known as B.1.1.7, first came to light in December as scientists determined that it had rapidly become more common across Britain in just a couple of months. Since B.1.1.7’s discovery in Britain, the variant has been reported in 72 other countries. The United States confirmed its first case of B.1.1.7 on Dec. 29. Since then, the U.S. Centers for Disease Control and Prevention has recorded 467 samples of the variant in 32 states.

Public Health England said that the worrisome mutation known as E484K appears to have arisen in 11 of more than 200,000 B.1.1.7 coronavirus variant samples in the United Kingdom. Two variants in Brazil have also gained the same mutation. This repeated emergence is a powerful clue that it might provide coronaviruses with a competitive edge, the Times reported.

British health officials estimated that the variant’s rate of infection is 25 percent to 40 percent higher than that of other forms of the coronavirus. Some preliminary evidence suggests that it may also cause more deaths, the Times reported.

In South Africa, where another more infectious variant is now dominant, the Novavax and Johnson & Johnson vaccines have both been less effective in trials. That variant also carries the E484K mutation, and it has been reported in 31 countries so far, the Times reported. In the United States, it has turned up in Maryland and in South Carolina, according to the CDC.

Exactly why the mutation turns up so often is a mystery. Nicholas Davies, a mathematical biologist at the London School of Hygiene and Tropical Medicine, told the Times it was possible that it enabled the coronavirus to evade antibodies created by previous infections from other variants. “E484K may well convey a fitness advantage in settings where there is existing immunity,” he said.

As America’s vaccination campaign begins to gain momentum, a promising sign has emerged: Federal data shows that coronavirus cases in nursing homes have declined over the past four weeks.

To some extent, the development reflects a downward trend in new cases across the country, health experts said. Coronavirus cases in nursing homes are driven by infections in the rest of the community, Dr. Ashish Jha, dean of the Brown University School of Public Health, told the Times.

But the drop in cases in nursing homes is more pronounced than it is nationally, and it also began earlier, Jha noted. Since the rollout began, nursing home residents and staff have been prioritized as among the first groups to get the vaccine.

“That combination really does make me think this is not just broad national patterns, but that vaccines probably are playing a role,” Dr. Jha said. “I’m optimistic, this is good.”

As of Saturday, more than 3.5 million shots have now been administered in long-term care facilities, according to the U.S. Centers for Disease Control and Prevention.

Still, a slower than hoped rollout in nursing homes has been deeply frustrating, Jha added. Efforts to efficiently give shots to all nursing home residents should be a top priority. “Once that’s in, then we should feel really confident that these declines will continue and we will not see a spike back up, even if we see one in the national picture,” Jha said.

Nursing homes have been devastated by the coronavirus. Although only 5 percent of the country’s cases have occurred in long-term care facilities, deaths related to COVID-19 in these settings have accounted for about 36 percent of deaths from the virus in the country, the Times reported.

That makes it all the more promising that reports of new cases among residents in nursing homes run by New York’s health facilities association—which includes 425 skilled nursing homes and assisted living facilities—have been steadily declining since the first and second week of January, Stephen Hanse, president and CEO of the association, told the Times.

“Throughout the state, providers really saw the cases reducing, residents stabilizing,” he said, adding that it’s too early to tell if the drop is directly linked to the number of vaccine doses being administered. At least 80 percent of residents have now received their second dose of the vaccine, Hanse said. Nursing home administrators and directors “really see the vaccine as the light at the end of the tunnel,” he told the Times.

Curbing the spread of the coronavirus in the rest of the world remains challenging.

In India, the coronavirus case count was over 10.7 million by Tuesday, a Johns Hopkins University tally showed. Brazil had over 9.2 million cases and more than 225,000 deaths as of Tuesday, the Hopkins tally showed.