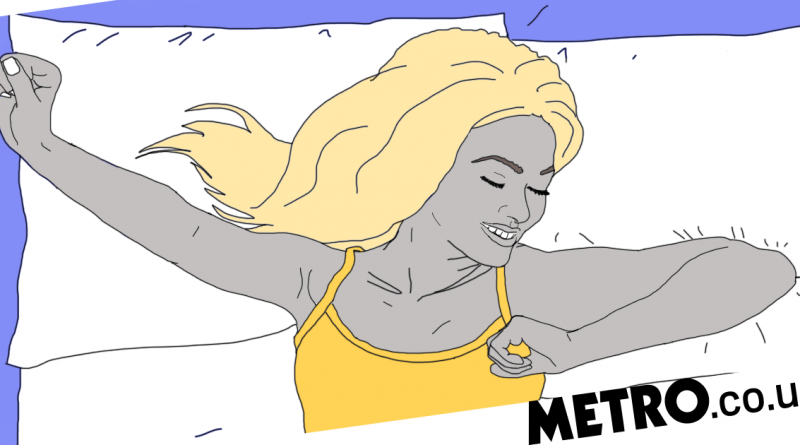 I have always been a night owl, but working as a freelancer often pushed my bedtime to as late as 4am.

Then, when the coronavirus pandemic hit and lockdown became a global reality, I started falling asleep even later. I found myself finally dozing off at 6am, while my TV blared in the background.

Pre-Covid, office hours had always served as a reminder that the world was never made for night owls. Now, my current reminder comes in the form of my parents blasting the electric mixer at 8am.

Which is a huge problem because, besides the many health risks of staying up late, it’s just not conducive to productivity while in lockdown.

At the end of January, I came home to visit my parents in New Delhi after I had spent the last two years in the UK enrolled in a media fellowship.

I wasn’t expecting to stay longer than my intended ‘sabbatical’ since I was due to go back to the UK to start a postgraduate programme this summer. But with Covid-19, travel bans, increasing fatalities, as well as uncertainty about jobs, healthcare and pretty much everything, I’ve been forced to stay here longer than anticipated.

When I first got to India, I would stay up until sunrise to talk to my English friends and my Yorkshire-based boyfriend I was seeing at the time. I was happy to work around their work commitments during the day, so I could talk to them in their evenings (my early mornings in India). Sometimes they would even text me that they were going to bed before I did.

Then I stumbled across a tweet after the coronavirus lockdown that asked: ‘What’s y’alls new sleep schedule?’

It’s not that I have never tried before. However, my past attempts have taught me that no apps, meditation podcasts, or bedtime alarms will prepone my sleep routine. Therefore, I went back to the age-old power of pen and paper.

I recalled how, as a child, I was able to keep New Year’s resolutions because my mother made me write them down. In high school, I participated in debates and plays because – as I confided in my pink Disney princess diary – I had to overcome stage-fright.

Writing something down requires more effort than an alarm that can be snoozed.

The rule was simple – each night I would note the time I switched off all lights and hit the pillow. If the time from the previous night was 3am, I was allowed to go to bed at 2:58am, but I could not stay up a minute past 3am.

Each morning, I would put a line through the last bedtime and a new one would be written below it the following night. Striking off the time in the morning helped me remember each day how many hours I had left to complete all my tasks, or binge watch a series.

Of course I slipped many times. When the UK’s coronavirus death count rose to over 300, I texted my British ex-boyfriend (we had broken up because a long distance relationship became too hard) after one too many glasses of wine, asking if he and his family were alright. We ended up chatting until 3:26am.

Waking up the next morning, I immediately regretted breaking my bedtime rule.

I decided to begin to introduce more stringent rules. Clearly it was necessary so I don’t keep breaking the cycle. Each time I broke protocol, I would have to start all over again instead of brushing it off as a one-time event and then saying, ‘Well that doesn’t count.’

It’s now three months since I implemented my bedtime strategy and I am still at home with my parents. With the world still so uncertain, it is impossible for me to predict how my sleep patterns will look post-pandemic.

Setting such a stringent schedule definitely adds night-time anxiety, but it also reminds me of the constant physical exhaustion that lies ahead for me during daytime if I don’t sleep early.

I can only hope I don’t go back to sleeping after sunrise.

I will likely never be one of those highly efficient people who go to bed before 10pm, gets a full eight hours and wakes up at 6am to jump into their daily exercise or yoga routine. But as of today, my most recent bedtime – below countless crossed off numbers – is 10:50pm.

It will probably take me another few weeks to bring the time down to my desired goal, considering the fact that I slip every now and then. But somehow, I now feel more peaceful and healthy compared to when I was going to bed just after sunrise.

I am not as mentally and physically exhausted throughout the day as I used to be and I don’t have dark circles around my eyes anymore. I’ve also lost four kilograms, which may or may not be linked to a healthier bedtime.

Because of a written vow, I am now able to control how much texting and scrolling I am allowed on social media, and how much time I have left for a book or movie before sleeping each night.

Changing a lifetime worth of sleeping habits is a work in progress. But using a pen and paper to keep myself accountable truly did for me what countless apps couldn’t do over the last few years.

I am hopeful that even after all of this is over, I am able to remember the benefits of slowing down and how much better I feel going to bed before dawn.

There was a time when we relied on a scroll of paper in our pockets, where the grocery list was scrawled in hasty handwriting. Lockdown life caused me to remember the little girl who didn’t depend on various apps to achieve a set target.

It showed me that life was once simple and still can be.