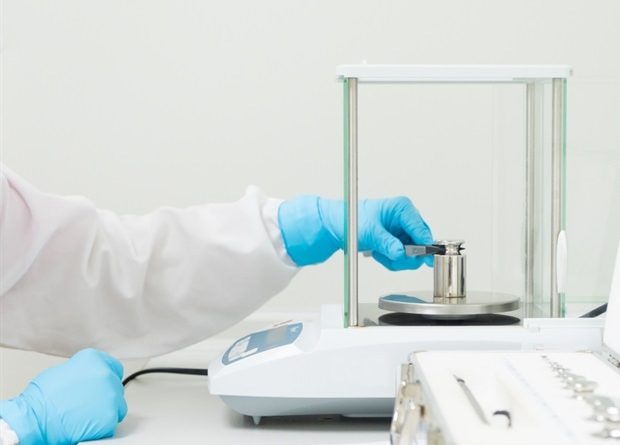 GC-MS is a hybrid technique combining two analytical techniques to form one robust method for analyzing chemical mixtures. While GC separates the individual components in a mixture, MS characterizes the separated components to allow both qualitative and quantitative analysis of a mixture.

In GC, the sample is injected into a mobile phase, which is usually an inert gas such as helium. The individual components of the sample react with the stationary phase at different rates and hence elute at different times. By increasing the temperature of the system, the compounds can be separated on the basis of their boiling points.

The components eluting from the column enter the MS detector where they are fragmented into ions by electron bombardment. A mass spectrum produced for each fragment with the help of a quadrapole acts as a fingerprint and helps identify the compound.

The combination of GC with MS offers an efficient analytical tool to separate, identify, and quantify the individual components of a mixture. Therefore, GC-MS is widely used in medical, environmental, and pharmaceutical industries.

LC-MS combines the separation of molecules by LC or HPLC with mass analysis using MS. It is a highly useful technique that is very sensitive and works according to principles similar to that of GC-MS. It is used in the separation, detection, and identification of chemicals in complex mixtures such as natural product extracts. LC-MS systems can also be used for preparative uses such as mass-based purification of substances for use in research, agrochemical, pharmaceutical, and food industries.

LC-MS is used in the bioanalysis of pharmaceuticals to determine drug retention times in the body. In proteomics, LC-MS is useful in the analysis of complex peptide samples and mass fingerprinting of individual peptides. This technique also finds use in the profiling of secondary metabolites in plants and in different stages of drug development such as peptide mapping, bioaffinity screening, glycoprotein mapping, in vivo drug screening, impurity identification, and quality control.

GC-IR is a separation technique similar to GC-MS – the only difference is that the identification is carried out using IR spectroscopy here. IR spectroscopy deals with the analysis of molecular interactions with IR light of the electromagnetic spectrum. It measures the wavelength and the intensity at which a sample absorbs IR light.

GC-IR was initially performed by passing the eluted molecules from the packed column through the IR instrument. With the development of FT-IR, the analysis of GC effluent in real time became possible.

Like other hybrid techniques, GC-IR can be used for both qualitative and quantitative analysis. It is widely used in the detection of aromatics and oxygenates in gasoline in the petrochemical industry. Its environmental applications include identification of hazardous waste and the detection of contaminants in soil. It is also used in drug development and quality control in the pharmaceutical industry as well as in the food, flavor, and fragrance industry.

In LC-NMR, LC and NMR are combined for analytical uses. NMR spectroscopy is a powerful technique that exploits the magnetic properties of different molecules. The resonance frequency of a molecule varies with the intramolecular magnetic field present around an atom. This variation can help in the study of the molecule’s electronic structure. In LC-NMR, the sample-containing loops are transferred to the NMR spectrometer after chromatographic separation.

Susha has a Bachelor of Science (B.Sc.) degree in Chemistry and Master of Science (M.Sc) degree in Biochemistry from the University of Calicut, India. She always had a keen interest in medical and health science. As part of her masters degree, she specialized in Biochemistry, with an emphasis on Microbiology, Physiology, Biotechnology, and Nutrition. In her spare time, she loves to cook up a storm in the kitchen with her super-messy baking experiments.