Home » Health News » How Soon Will We Get a Second Wave of Coronavirus in the U.S.? 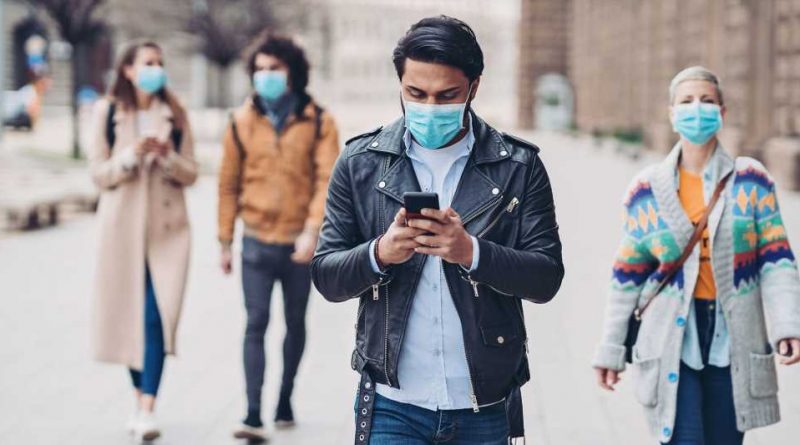 Summer is approaching and the news and social media are ripe with reports from around the country of people acting like the pandemic is over, gathering in groups mask-free.

“Either they have not heard anything anybody is saying or they’ve just forgotten, and I don’t know what’s worse,” says Armand Dorian, M.D., chief medical officer of USC Verdugo Hills Hospital in Glendale, California.

Even if new cases peter out in the next month or two, the new coronavirus will keep lurking. Cue the so-called second wave, or spike in cases, of COVID-19.

Dr. Dorian prefers the term surge. That’s when all of a sudden, an influx of the population floods hospitals, denying people who would normally need beds—for things like heart attacks and strokes—of care. “That causes a lot of chaos and unnecessary illness and death.”

The second wave, or surge, is pretty much a given. It’s not a matter of if, but of when and where, says Dr. Dorian.

Anthony Fauci, M.D., the director of the National Institute of Allergy and Infectious Diseases, echoes that sentiment. “In my mind, it’s inevitable that we’ll have a return of the virus…when it does, how we handle it will determine our fate,” he recently stated in a conversation broadcast on Bloomberg.

Here’s what you need to know.

When will the second wave of the novel coronavirus hit?

This depends largely on how well we—local governments and citizens—respond in the next few months.

If states roll back social-distancing policies before case numbers are under control, we’ll see another spike very quickly. “Think about this as a firefighting effort: If you get the fire down to a point where it’s just a few smoldering embers, you can start relaxing things and fighting the small fires that pop up here and there,” says Otto Yang, M.D., professor of medicine at the David Geffen School of Medicine at UCLA. “But if you relax things when it’s still burning hot in a lot of areas, it will just flare right back up.”

Another factor at play: weather. There’s debate about whether summer’s heat in the Northern Hemisphere might change the activity of the virus. Dr. Dorian points out that most viruses don’t thrive well in high temperatures. Still, Australia and Iran experienced rapid spread despite summer climates, so nothing is certain.

All that said, experts speculate that a second wave, or surge, could hit in late fall or winter.

So it may collide with flu season? Great.

Plus, more people might get the flu shot this year, he adds, which could take some strain off the healthcare system: Fewer flu cases means fewer people heading to the hospital because they think they have the novel coronavirus.

Will it stop at the second wave?

No. “There will continually be surges until we have what’s called herd immunity, when enough people are protected from the virus that it will not be easy for it to jump from person to person,” Dr. Dorian says.

For us to get there, 80 percent of the population needs to be immune. That can happen only one of two ways: One, all those people would have to get infected naturally. Two, they’d all get vaccinated, which essentially preps your body to fight the virus. (Numerous institutions are racing to create a vaccine with some promising initial trials, although there’s still the issue of getting the vaccine to enough of the right people once it’s developed and approved.)

What do we do in the meantime to prepare?

“Treat yourself as if you were infected and you don’t want to spread it,” Dr. Yang says. Keep washing and sanitizing your hands, wearing a mask, and avoiding scenarios that force you to huddle with other people. Be smart about bars (here’s what to look for), concerts, restaurants with cramped seating, and public transit. Note where precautions are being taken and only frequent the places that are respecting physical distancing practices.

That goes for gyms, too. Heavy breathing could be tricky: Dr. Yang points to a recent choir rehearsal where one member, a superemitter, infected at least 32 others during a 2.5-hour practice.

The virus is typically spread via droplets, particles that come out of your nose and mouth when you talk and breathe. They’re relatively big and fall to the ground within a few feet. But if you’re panting through lifts or sprints, you could transmit the virus through aerosols, Dr. Yang explains, which are small enough to float around a room.

It’s a place where everyone needs to be careful if we want to minimize a second wave, which could put us right back to sheltering at home again. Urge your gym to follow best practices and, if you go, be diligent about disinfecting.

The bottom line: You don’t have to stay home forever, but we’re probably not going to be back to carefree bar hopping without consequences right away. Dr. Dorian offers up one final analogy: “If it’s raining outside, I’m not asking you to walk around in a bubble—but please, take an umbrella.”