Home » Health News » How early was the coronavirus really circulating in Italy? 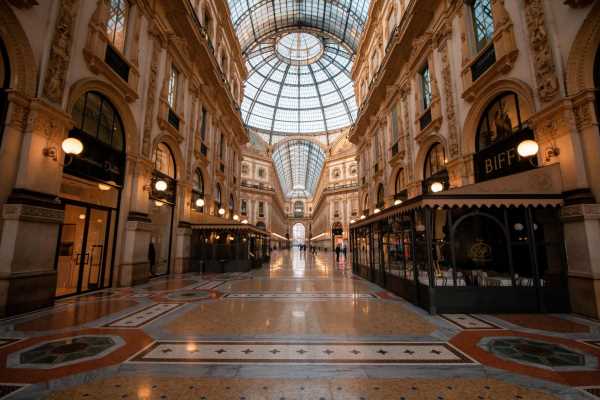 The new coronavirus may have been circulating in Italy since September 2019, months before the first official case was detected in the country, according to a new study from Italy. But public health experts say that more analysis is needed for that timeline to be confirmed.

The World Health Organization’s China office first picked up the scent of a mysterious cluster of pneumonia cases in the city of Wuhan from local media statements on Dec. 31 and rang the alarm bells at the start of the new year, according to the WHO’s timeline. Scientists later traced the first known case of COVID-19 in Wuhan back to Nov. 17, 2019, Live Science previously reported.

But the actual pandemic timeline — from the moment the virus hopped from animals to humans to when it first crossed international borders — remains murky. Italy, one of the worst-hit countries in Europe during the first wave of the virus, recorded its first local case on Feb. 20 in Lombardy, a region in northern Italy. That case suggested that the virus had been circulating in Italy since January of this year, according to the new study published on Nov. 11 in the Tumori Journal.

But some studies hinted at the possibility that the virus had been crossing borders long before then. One study found coronavirus RNA, or genetic material, in sewage samples taken on Dec. 18, 2019, in the cities of Milan and Turin. Another found that a patient in Paris who was treated in an intensive care unit in December 2019 had COVID-19, Live Science previously reported. Another analysis from Harvard University looked at satellite images and found that traffic at hospitals in Wuhan and online searches for COVID-19 symptoms were elevated compared with normal starting in the late summer and early fall of 2019. That suggested that the coronavirus may have been attacking us long before we knew its name.

To further clarify the early movements of the virus, a group of researchers analyzed blood samples from people in Italy who were enrolled in a prospective lung cancer screening trial between September 2019 and March 2020. They looked for antibodies specific to the receptor binding domain (RBD) — the dock on the coronavirus’ spike protein that it uses to latch onto and invade human cells.

They found that 111 of these 959 people, all asymptomatic at the time their blood was drawn, had SARS-CoV-2 antibodies in their blood at the time it was taken, meaning that about 11.6% of the entire group had been infected with the virus before March. Specifically, the researchers found coronavirus antibodies in 23 patients who gave samples in September and in 27 who gave samples in October. They also found that 53.2% of these cases were participants from Lombardy.

“Our results indicate that SARS-CoV-2 circulated in Italy earlier than the first official COVID-19 cases were diagnosed in Lombardy, even long before the first official reports from the Chinese authorities, casting new light on the onset and spread of the COVID-19 pandemic,” the authors wrote in the study.

This is “credible evidence that the virus was circulating prior to WHO’s awareness of it” and may help explain how the disease spread so quickly in Italy, said Krys Johnson, an assistant professor in the Department of Epidemiology and Biostatistics at Temple University in Philadelphia, Pennsylvania, who was not a part of the study. If the virus was circulating earlier than previously thought, “it may mean that it is (or was) less deadly than current estimates because of how long it took to be identified.” In other words, if these samples do indeed show evidence of early COVID-19 infections, they may not have been detected by the medical system possibly because they were somehow less deadly at the time. She added that it would be nice to see more studies reanalyze blood or other biological samples collected in late summer and fall of 2019 to see if they arrive at similar results.

But it’s hard to imagine that a substantial fraction of the population was infected with SARS-CoV-2 in September in Italy without a dramatic uptick in pneumonia-like cases then. For instance, in Spain, far less than 10% of the population tested positive for antibodies to SARS-CoV-2 in the summer, despite the fact that 28,000 people had died from COVID-19 up to that point, according to a survey published in August in the journal The Lancet.

“I would be very cautious,” about these findings, said Dr. George Rutherford, professor of epidemiology and biostatistics at the University of California, San Francisco, who was also not a part of the study. The results “have to be confirmed with different antibody tests,” that look for the prevalence of antibodies that target other parts of the coronavirus.

His previous experience has shown that such antibody tests for the coronavirus’ RBD can create a lot of false positives, Rutherford told Live Science. And because this is “such an unexpected finding,” it should be confirmed with other antibody tests such as those that look for antibodies against another one of the coronavirus’ proteins, an outer coat called a “nucleocapsid,” which is also unique to the novel coronavirus, he said.

Still, “it’s not totally outside the realm of possibility,” that the virus circulated in Italy earlier than thought. because there is a lot of travel back and forth between China and Italy, especially northern Italy, he said. But considering the earliest COVID-19 case in Wuhan was reported to be in November, “it really gives me pause to say let’s really make sure we got this right before we try and explain it,” Rutherford said.

The WHO said on Monday (Nov. 16) that they are reviewing the results of the study and contacting the authors to arrange for further analysis of the samples, according to Reuters.