Home » Health News » How Does the Diet Impact Microbiota? 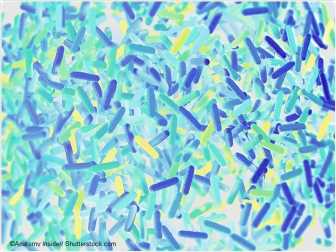 The microbial population in the colon is a major source of many essential chemical factors which drive normal or abnormal metabolism. There are ten times as many microbes in the colon as there are cells in the human body.

These include important species such as Bacteroides, Firmicutes, and Actinobacteria. They operate a large spectrum of enzymes capable of complex digestive processes and  feed on a marvellous range of substrates. Some species are omnivorous but others handle only one or a few types of substance. 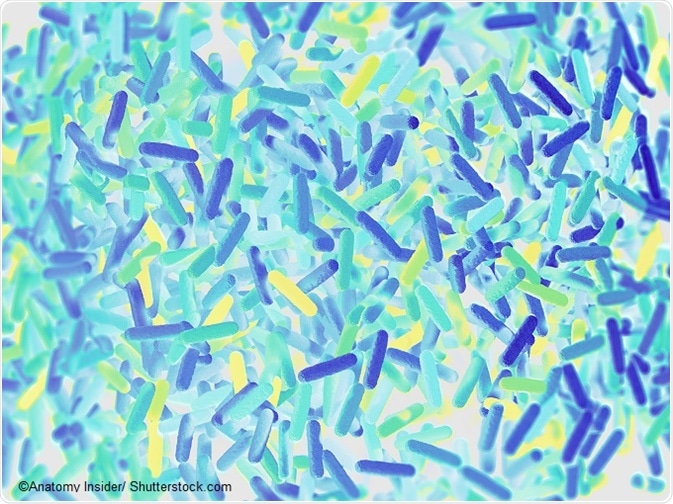 It is interesting to note that the members of just two phyla make up 90% of all gut microflora. In fact, the vast majority of these bacteria come from only 50 species. A change in gut flora occurs very quickly in response to significant changes in diet, especially an increase in plant fiber. However, it is not yet established that this leads to a permanent shift in the composition of the gut microbiome.

The importance of diet

Dietary factors are crucial in determining the number, types, and metabolic pathways, of the microbiota, which break down specific compounds ingested by the host and producing substances which provide metabolic signals to the host. When the diet is modified, especially if it becomes less diverse and more specialized, some species of microbiota are given preferential treatment accordingly, while others are cut off.

On the other hand, a varied diet provides abundant opportunity for producing a large repertoire of signals for physiological processes which maintain homeostasis in the human body. This means that better understanding of how each nutrient impacts the microbiota will help to treat many metabolic and possibly autoimmune disorders by a custom-made dietary plan rather than through medication.

Other factors which play a subsidiary role in this include:

A diet high in refined carbohydrates such as the typical Western diet provides about 50 g of the substrate for fermentation in the form of dietary fiber. These are broken down into organic acids, such as short-chain fatty acids and gases. These include acetate, propionate, and butyrate which make the colonic contents acidic.

Carbohydrates provide energy for the colonic cells and thus are essential for colonic health and mucosal integrity. On the other hand, a diet which contains plenty of whole grains, fruits and nuts, increases the Bifidobacterium, Lactobacillus, and Enterococcus microbial species. Fiber in the diet promotes butyrate-synthesizing bacteria including Roseburia E. and Lactobacillus.

Microbial fermentation of proteins gives rise to a larger range of by-products and metabolites, including some toxins. Increased protein intake ensures that more nitrogen reaches the microbiota, which helps them to assimilate carbohydrates, as above. The ready availability of nitrogen also facilitates putrefactive fermentation, which can lead to many prevalent bowel disorders by producing cytotoxins and carcinogens. When ammonia is used as the source of nitrogen, as occurs with some diets, its concentration in the blood is reduced, which is beneficial to overall health.

Changes in fat composition and amount also lead to microbial changes, increasing the population of Bacteroides species. In turn, the level of lipopolysaccharides produced by gut microbes increases, leading to disrupted metabolism. This interaction is in part driven by the presence, concentration, and type of bile acids produced because of luminal fat. One outcome is the development of bile-tolerance, and another is the production of potential carcinogens by such bacteria.

Polyols in the gut are derived from a variety of fruits and other food components. In addition to these, bacteria and yeasts also are present in many raw and fermented fruits, which contribute to the final mix of microflora in the gut. Thus the diet plays a key role in determining which gut microbes predominate.

The gut flora differs greatly in children on Western diets as compared to those who eat more traditional foods. The former consume a lot of refined carbohydrates, animal meat (protein), and saturated fats while the rural diet is rich in complex carbohydrates.

Bacteroides predominates in the former, which also has a lower number of species, compared to Prevotella and Clostridia XIVa, a butyrate synthesizer, in the latter. Increased diversity may be linked to higher adaptive potential to unfamiliar dietary components. The health-related benefits of butyrate are becoming well-known.

A lower animal meat content also heralds greater numbers of hydrogen-producing bacteria, perhaps because more hydrogen can be disposed of in the form of sulfur compounds in this situation. Vegetarian diets are associated with higher methane production for hydrogen disposal, on the other hand.

The Bacteroides:Firmicutes ratio is altered when the carbohydrate:fats ratio of the diet changes because a lower fat content does not allow as many bacterial species to thrive.

More work needs to be directed towards finding the dietary changes that can produce the optimum ratio of different species to ensure that the least amount of toxins and the required or beneficial amounts of useful metabolites are synthesized in the gut.