When movie stars get ripped for their superhero roles, they’re not always going it alone.

Just as often, their body doubles and stunt performers need to look the part, too. For every actor like Chris Hemsworth—who has made muscle-building for his portrayal of Thor in the MCU a saga as worthy of its own coverage as any fan theory about the comic book universe’s plotlines—there’s another man behind the scenes. In this case, renowned stunt artist and actor Bobby Holland Hanton. The performer, who has also doubled for stars like Henry Cavill and Ryan Reynolds, also serves as a trainer on Hemsworth’s Centr health and wellness app.

Hanton has discussed his prep to double Hemsworth in the past—but for the most recent film, Thor: Love and Thunder, currently shooting in Australia, the process was even more extreme than ever before. “I text him and I’m like, thanks very much dude, this is going to be even harder this time,” the performer said on an Australian morning show after a photo of Hemsworth’s arms went viral.

Part of that extra challenge came about because Hanton had to transform his body more than usual, under more difficult circumstances than ever given the coronavirus pandemic and Australia’s strict quarantine procedures. He shared photos of his transformation and some insight into the process with Men’s Health.

“I landed in Australia on November 4th to quarantine in a hotel room for two weeks,” he said. “I had limited space and gym equipment but that’s fine cause I had the Centr app to tide me over, so I trained in quarantine most days but it was hard mentally. Rest and good sleep has been key in this journey as well as diet.”

For anyone else who finds themselves in a difficult situation due to a quarantine or lockdown, Hanton suggests following a program like he did using Centr, and really sticking to the structure it offers. Foregoing some vices might help, too.

“Getting through the first year of COVID in the U.K. was tough and mentally very hard, so I quit alcohol and it’s the best decision I’ve ever made,” he says. “Now I’m so clear headed and focused on my goals.”

Hanton said that he wound up training two or three times daily during the prep period, and packed on weight with meals filled with protein from eggs, tuna, lean turkey, lamb, chicken, and steak using recipes from the Centr app. 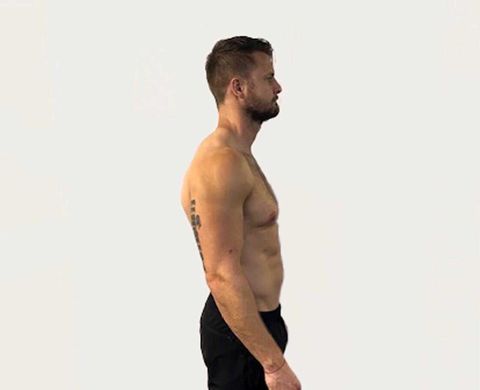 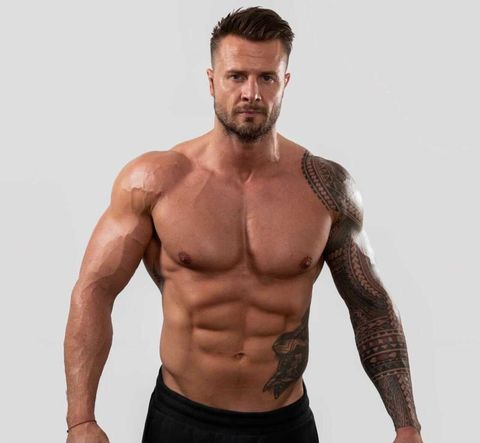 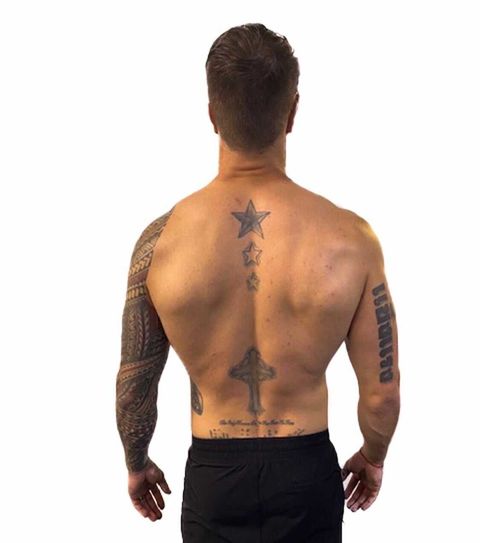 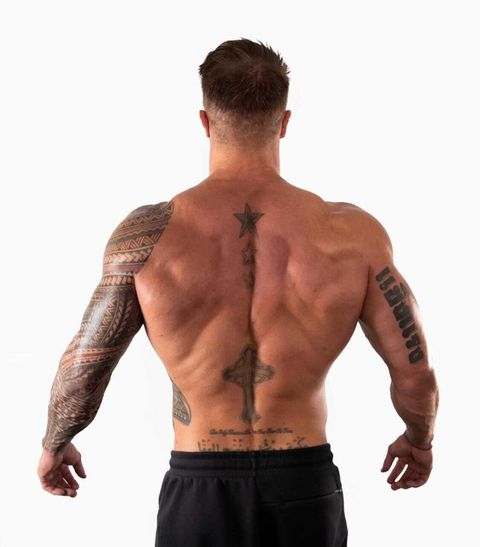 All this eating and training comes from a decision Hemsworth made for his character, according to Hanton.

“Chris decided he wanted to be the biggest Thor yet as he has also been training hard—as he always does—so this has been my biggest physical transformation to date,” he says. “I am having to lift heavy—the heaviest I’ve ever had to lift—but also doing a lot of my own bodyweight circuit stuff, almost like a CrossFit/plyo fusion to stay mobile and agile in my stunts, fights, etc. (which is similar to my plyo workouts on Centr). And it’s still very hard to get anywhere near Chris Hemsworth’s shape!”

Thankfully, Hanton isn’t going it alone. If you follow Hemsworth on Instagram, you can’t miss the actor’s training crew, which often includes Hanton and coach Luke Zocchi. The stuntman says the camaraderie when they were able to get together made the hardest sessions worth the pain.

“[The] toughest workout running up to the shoot was super setting muscle groups with Chris and Zocchi–heavy weights as well as high reps real burners, but we pushed each other well,” he says. “Not much rest in between sets either to keep the heart rate up.”

Even though they’re working together, there’s still come healthy competition among the group. When asked who would win a pullup contest, Hanton was unequivocally confident. “I win the pull up contests all day long,” he said. “Although Chris and Zocc are pretty damn strong.”