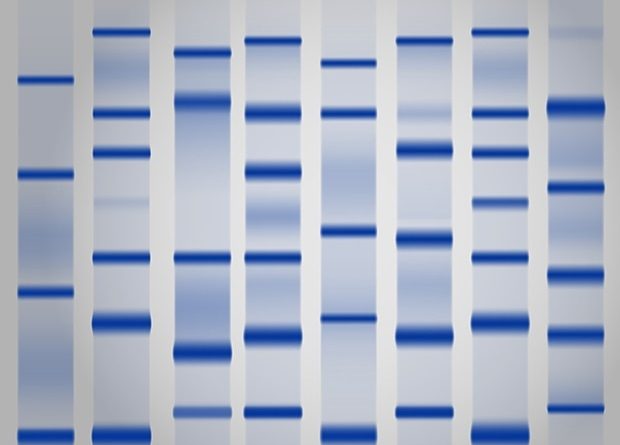 The development of the polymerase chain reaction (PCR) has been a major breakthrough in the scientific world. Over time, the technique has evolved beyond the confines of its simple initial design and has opened incredible avenues for researchers.

Within 20 years of its discovery, this sensational technique became the basis for several molecular biology protocols and formed the foundation of the Human Genome Project.

The history of PCR technology, like all major developments in science, is marred by controversies, claims, and counterclaims, some of them still unresolved. This article seeks to chronicle the key developments leading to and after the invention of PCR.

In the year 1953, Watson and Crick discovered the double-helix structure of the DNA, showing that DNA has two strands with complementary bases running in opposite directions. More importantly, their report mulled over the possibility of a copying mechanism for DNA. Their double helix structure won them the Nobel Prize in 1962.

The first DNA polymerase was identified by Arthur Kornberg in 1957 during his studies on the DNA replication mechanism. This enzyme needed a primer to start copying the template and could create DNA only in one direction.
In 1971, Gobind Khorana, a Nobel Prize winner for his part in the Genetic Code discovery, and his team of researchers started working on DNA repair synthesis. This technique sought to simplify gene synthesis by using artificial primers and templates that help DNA polymerase to copy the desired gene segments.

Although this technique used DNA polymerase repeatedly, similar to PCR, it employed only a single primer template complex, and exponential amplification was not possible using this technique. Around the same time, Kjell Kleppe from Khorana's lab envisioned the use of a two-primer system which might help in desired DNA segment replication, forming an early precursor to PCR.

Cetus Corporation, a biotechnology company that will become home to most of the research leading to PCR, was founded in 1971. Kary Mullis of Cetus worked on oligonucleotides synthesis for use as probes, primers, and building blocks for various molecular biology techniques. Although he synthesized these oligos manually, he evaluated some automated synthesizer prototypes later on.

DNA Sequencing and the Advent of PCR

In the year 1977, Frederick Sanger identified a DNA sequencing method involving a DNA polymerase, a primer, and nucleotide precursors, for which he was he awarded the Nobel Prize in 1980. Thus by the year 1980, all components for PCR amplification were ready.

However, it was not until 1983 that, in an effort to fix some issues in his research work, Mullis used Sanger's DNA sequencing method as a basis to devise a new technique. He added a second primer to the opposite strand and realized that repeated use of DNA polymerase will trigger a chain reaction that will amplify a specific DNA segment, thus discovering the PCR technology.

Mullis continued to test his idea, initially without thermal cycling but later with repeated thermal cycling. In 1984, Mullis along with the genetic mutation assay team at Cetus started working on experiments that show PCR’s ability to amplify genomic DNA. Although the amplification product was not evident in agarose gel electrophoresis initially, Southern blotting confirmed the increase in quantity of the desired DNA segments.

The amplified DNA from PCR was successfully cloned and sequenced by the researchers, who applied for patent on PCR and its applications and got the patent approved in 1987. Meanwhile, the team used PCR for other applications by designing new primers and probes, which made the reaction more specific until the results were evident on agarose gel electrophoresis.

A major breakthrough in DNA polymerase came along in the year 1969, when Thomas Brock reported the isolation of Thermus aquaticus, a new species of thermophilic bacterium found in the hot springs of Yellowstone National Park. The DNA polymerase from this bacterium, called the Taq Polymerase, could withstand very high temperatures, unlike other polymerases available at that point of time.

After a couple of failed attempts to isolate the Taq DNA polymerase, Susanne Stoffel and David Gelfand from Cetus finally isolated it in the fall of 1985, and Randy Saiki’s experiments soon after proved that Taq polymerase is ideal for the PCR process. He went on to report the path breaking PCR technique to the scientific world in October 1985 and Mullis and his group published papers on PCR and its applications in leading science journals. A patent for PCR using Taq polymerase was issued in October 1990.

During the end of 1985, Perkin-Elmer and Cetus formed a joint venture to develop reagents and instruments for the PCR technique. The manufacture of Taq-based PCR machines followed and the "AmpliTaq DNA Polymerase" was commercially available in November 1987.

PCR was used to quantify the HIV in blood in the spring of 1985. By mid-1987, a viable test was available and PCR was used to study the impact of antiviral drugs and also to screen donor blood samples for HIV.

In October 1985, PCR was used to analyze sickle cell anemia, in its first clinical application.

Forensics scientist, Edward Blake joined hands with the FBI and Cetus researchers in 1986 to successfully use PCR for analysis of criminal evidence. But it was not until 1989 that highly sensitive DNA Fingerprinting tests were devised based on the PCR technique, making it an integral part of criminal investigations.

In 1987, DNA from a strand of human hair was amplified using PCR and this confirmed the ability of PCR to amplify DNA present in degraded samples part of forensic evidence.

Mutiplex-PCR was described to analyze the meiotic recombination products in 1989. These single-copy amplifications later proved crucial for the study of DNA and genotyping.

Kary Mullis was awarded the Nobel Prize in Chemistry in October 1993, less than 10 years after the advent of PCR.

In December 1989, Taq Polymerase was named "Molecule of the Year" by the journal Science. The Taq PCR paper later became the most cited publication in biology and PCR accounts for over 3% of all citations on PubMed.

The PCR technique as we know today was conceptualized and developed in the 1980s by Kary Mullis and his colleagues at Cetus Corporation. The isolation and purification of thermostable Taq polymerases led to the automation of the initially slow and laborious PCR technique and the development of programmable PCR thermal cyclers made it a widely used technique at many levels of biology and chemistry.

Although Mullis invented the PCR, its successful applications in several fields are a result of a lot of hard work by other Cetus researchers such as Henry Erlich. Also, there are challenges to the PCR patents held by Mullis based on early research works performed by Khorana et al. in the 1960s and 1970s.

Thanks to its extraordinary versatility, today, PCR is being used in diverse fields such as forensic science, environmental studies, food technology, and diagnostic medicine. The massive advancement over the years in our understanding of the genome of humans and several other species would not have been possible without the remarkable yet simple technique called PCR.

Susha has a Bachelor of Science (B.Sc.) degree in Chemistry and Master of Science (M.Sc) degree in Biochemistry from the University of Calicut, India. She always had a keen interest in medical and health science. As part of her masters degree, she specialized in Biochemistry, with an emphasis on Microbiology, Physiology, Biotechnology, and Nutrition. In her spare time, she loves to cook up a storm in the kitchen with her super-messy baking experiments.