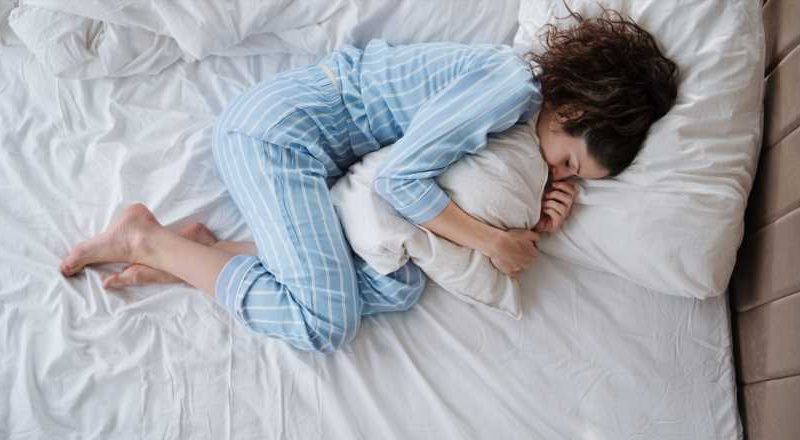 We all know just how personal our sleep routines and needs are. But your age might be having more of an effect on your sleep than you think…

I’ve always been someone who likes their sleep. I’d be shocked when my friends would gloat and talk about how great they feel after squeezing ineight hours in bed, knowing that most nights, I was managing nine hours of restful, uninterrupted shut eye.

This wasn’t just because I had a lot of time on my hands; for the past few years, I’ve needed nine hours’ kip in order to function properly. I knew this was on the higher end of the scale – the NHS recommends that adults need seven to nine hours per night – but I’d accepted it as something that I needed to feel healthy, even if it was inconvenient at times.

Why 7 hours of sleep is what we should be aiming for, according to new Cambridge University research

This was until I decided to go on a three-month trip around south-east Asia earlier this year, where late nights and early mornings were the norm most days. The lack of sleep I was going to get was one of my biggest worries before I left – I often felt sick and unwell the next day if I didn’t get enough shut eye the night before.

But I found that my body adapted to the lack of sleep far better than I expected, even if I was only spending around six hours in bed at night. And interestingly, since returning home, I’ve found that I only really need around seven hours’ sleep to feel refreshed and switched on the next day.

So, is it possible that your body might suddenly get to a point where it needs less sleep?

Why do different people need different amounts of sleep?

“About 80% of us need seven or eight hours of sleep per night,” explains Dr Guy Meadows, co-founder and clinical lead at Sleep School. “97% of us, however, need somewhere between six and nine hours, so it varies.”

The reason different people need different amounts of sleep is mostly down to genetics, according to Dr Meadows. “The easiest way to figure out if you’re getting enough sleep is to ask yourself if you’re waking up feeling refreshed and able to go about your day,” he says.

Does the amount of sleep you need change as you get older?

According to Dr Meadows, the amount of sleep we need changes significantly with age. “Newborn babies will sleep for around 16 hours each day and as you get older that gets less and less,” he says.

Most adults will need around seven or eight hours of sleep and that generally remains stable throughout your life. Elderly people don’t necessarily need less sleep but will often sleep less due to health conditions or the side effects of medication, Dr Meadows explains.

Why do I no longer need as much sleep as I used to?

I had assumed that my experience of needing significantly less sleep over the period of a few months might have come down to habit – that I’d “trained my body” to need less sleep, if you will. But Dr Meadows assures me that this probably isn’t the case and training your body to sleep less is not only ineffective but potentially dangerous.

“Certain people believe that we can ‘beat the system’ and ‘hack sleep’ and survive on six hours of sleep. But the reality is sleep is the most incredible, health-providing behaviour known to humankind,” he says.

Instead, Dr Meadows explains that the shift in my sleep routine and needs is probably down to my age. “Adolescence doesn’t actually finish until you’re around 23 or 24,” he says, adding that this is a very individual process and for many people; you might reach maturity earlier or later in your 20s. When you do ‘officially’ reach adulthood, your sleep cycle will also reach maturation, which might mean you need less sleep than before.

“Do I need more sleep?” Here’s why you probably need more shut-eye if you exercise regularly

Your bedtime and the time you wake up might also change during your 20s, according to Dr Meadow. This is because when you’re a teenager and you hit puberty, your body releases melatonin (the hormone that makes you sleepy) later in the day, which can make you want to go to bed later and, as a result, wake up later. However, melatonin production is also regulated for most people in their early 20s, meaning you might want to start going to bed slightly earlier and wake up earlier too.

Who knew sleep could tell us so much about our maturity levels?

For more sleep and wellbeing tips and advice, head to the Strong Women Training Club.