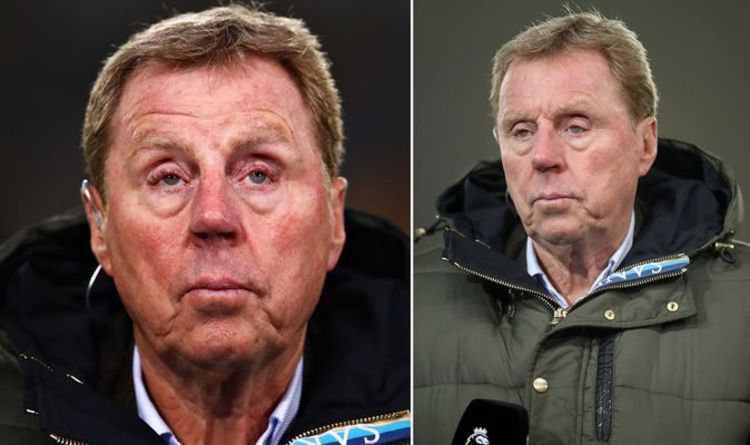 The word cancer can strike fear into the hearts of anyone who hears it and when it happened to Harry he was no exception. It was thanks to his wife of 53 years Sandra, that the former Premier League manager went to get checked when he knew that something “wasn’t right”.

The football legend was rushed to hospital after finding a tumour on his bladder.

Manager of Birmingham City at the time he told The Sun on Sunday: “This is the first time I’ve been properly worried.

“I knew I didn’t feel good, you know when something isn’t right, but it was Sandra who pushed me to the doctor in the end.”

After surgery to remove the tumour Harry now has to attend regular check ups to ensure that it does not come back.

As a close-knit family, sons and ex-professional footballers Jamie Redknapp and Mark Redknapp were fraught with worry.

The surgery to remove the tumour was another in a long line of health history for the former champ of I’m A Celebrity Get Me Out of Here.

In 2011 he had another surgical procedure this time on his heart to widen his arteries with metal stents.

Similarly to his cancer scare, Harry noticed something was wrong.

Talking to The Sun he said: “I have a running machine at home and run or jog for around half an hour several times a week to help stay fit.

“But this time I went on and had been running for no more than about two minutes when I felt pains in my chest.

“I had hardly got going when it went tight and I was struggling to breathe.”

Both of these conditions can be life-threatening.

If left untreated, it can develop into more long-term conditions such as heart disease.

In order to reduce your risk, the BHF recommends a healthy diet to avoid putting on too much weight, particularly around your middle.

Bladder cancer, although usually painless is crucial to catch in its early stages.

Early symptoms include blood in your urine or brown coloured urine.

Other lesser known symptoms include an increased urge to urinate and a burning sensation when you do urinate.

Blood in the urine does not necessarily mean bladder cancer, but it is always best to get it checked by a medical professional if you do notice this symptom.