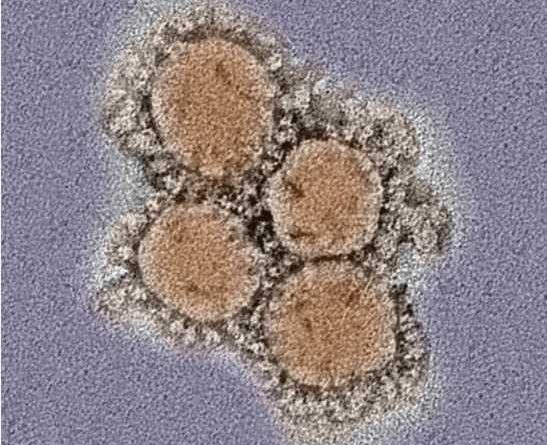 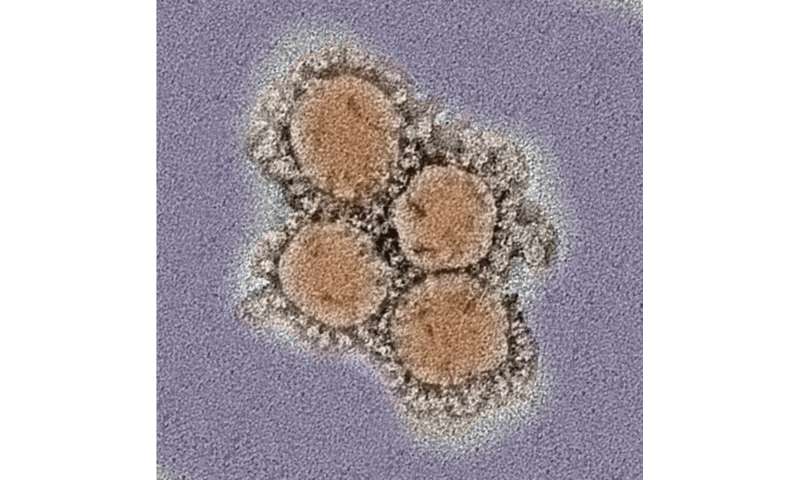 In an animal model for COVID-19 that shares important features of human disease, scientists at the University of Wisconsin–Madison, the University of Tokyo and the Icahn School of Medicine at Mount Sinai show that prior infection with the SARS-CoV-2 virus provides protection against reinfection, and treatment with convalescent serum limits virus replication in their lungs.

Syrian hamsters, commonly found as pets, have served critical roles in understanding human infectious diseases for decades. The new study, led by Yoshihiro Kawaoka and published today in the Proceedings of the National Academy of Sciences, demonstrates they are also a useful small animal model for researchers trying to understand SARS-CoV-2 and in evaluating vaccines, treatments and drugs against the disease it causes.

“Hamsters are good models for human influenza and SARS-CoV,” says Kawaoka, professor of pathobiological sciences at the UW School of Veterinary Medicine and a virology professor at the University of Tokyo. “This is why we decided to study them with COVID-19. We wanted to see if the disease course is similar to humans in these animals from beginning to end.”

A study led by scientists at the University of Hong Kong, published in late March, also showed Syrian hamsters to be a good model for COVID-19-related research. In that study, the hamsters lost weight, became lethargic, and developed other outward signs of illness.

Kawaoka’s group extended this work further, demonstrating that both low and high doses of the virus, from patient samples collected in the U.S. and Japan, replicate well in the airways of juvenile hamsters (1 month old) and adults (7 to 8 months old). The virus can also infect both the upper and lower respiratory tracts.

The research team also showed that SARS-CoV-2 causes severe disease in the lungs of infected animals. This includes lesions and the kind of “ground glass” appearance often found in lung scans in human patients. Scans also revealed a region of gas in the cavity surrounding the hamster’s lungs, indicating severe lung damage. Researchers observed the most severe effects within eight days after infection, and improvement by 10 days.

By day 10 following infection, the researchers no longer detected virus in the organs of most of the hamsters, but lung damage persisted for 14 days in a majority of the animals, and for at least 20 days in most of those infected with a high dose.

Overall, the researchers were able to detect virus in all of the respiratory organs of the infected hamsters within six days of infection, and also from samples collected from their brains, though these also contained portions of the olfactory bulb, which is involved in smell and may have been the source of virus in these samples. The initial dose of the virus did not affect how much of the virus researchers ultimately found in the hamster’s organs. 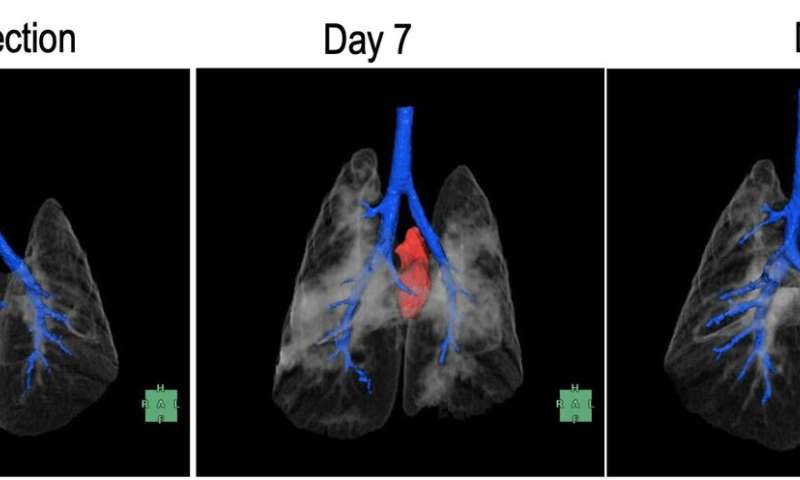 The researchers also looked for but did not detect virus in the kidneys, the small intestine, the colon or in blood.

To determine whether hamsters developed antibodies against SARS-CoV-2 that protected them from reinfection, the researchers administered another round of the virus to a number of the same animals about three weeks following initial infection and were unable to detect virus in their respiratory tracts. They did find virus in the airways of control animals not previously infected.

“The animals all possessed antibodies and did not get sick again, which suggests they developed protective immunity,” says Pete Halfmann, a research professor in Kawaoka’s U.S. lab. “But we still can’t say how long this protection lasts.”

In early April, researchers across the U.S., including at the UW School of Medicine and Public Health and UW Health, initiated a clinical trial to examine whether the antibody-bearing component of blood—the plasma or sera—from recovered COVID-19 patients could be given to sick patients to assist in their recovery. While convalescent plasma has been used in other disease outbreaks, it remains poorly understood as a treatment.

So, Kawaoka’s team extracted convalescent sera from previously sick hamsters and then pooled it together. They infected new hamsters with SARS-CoV-2 and then gave them this antibody-laden sera either one day or two days following infection.

A study published just last week in Science showed that transfer of human antibodies to hamsters may also help protect the animals from severe illness from SARS-CoV-2 infection.

“This shows us that convalescent sera, still experimental in human patients, may be part of an effective treatment for COVID-19,” Kawaoka adds.