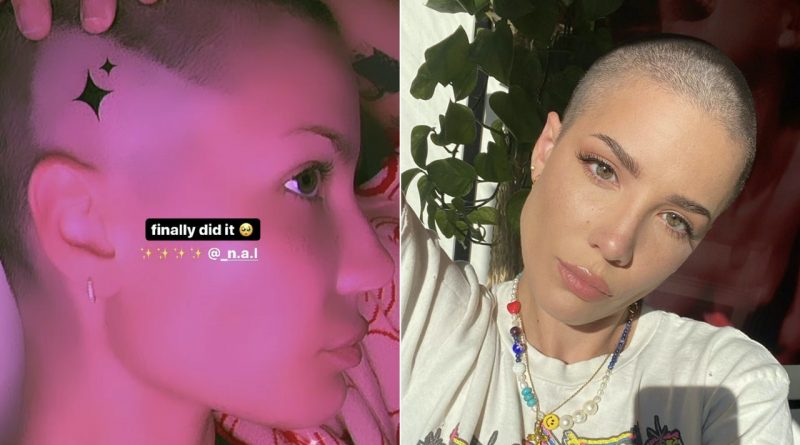 If there's anything we can count on from Halsey besides churning out hit songs, it's that she will regularly change up her hairstyle and add to her growing tattoo collection. Last week, the superstar singer shocked fans when she revealed that her new hair was a lack thereof; she got a buzz cut after wearing super-long braids for a couple of months. And not only does the shaved style look amazing, it also served a practical purpose: clearing the way for a new tattoo on her head.

On Sunday, October 25, Halsey shared a side-profile selfie to her Instagram Stories revealing that a portion of her already barely-there hair had been shaved even closer in order for tattoo artist Noah Lee, aka N.A.L., to give her new ink. Specifically, she got two four-point stars — a shape known in geometry circles as an astroid — one big, one small, on the side of her head about an inch above her ear.

"Finally did it 🥺," Halsey wrote over the photo, followed by several of the ✨ emoji that the tattoo resembles. It was not immediately clear if the tattoo has a special meaning or if it's just a design she likes, but either way, it looks phenomenal. 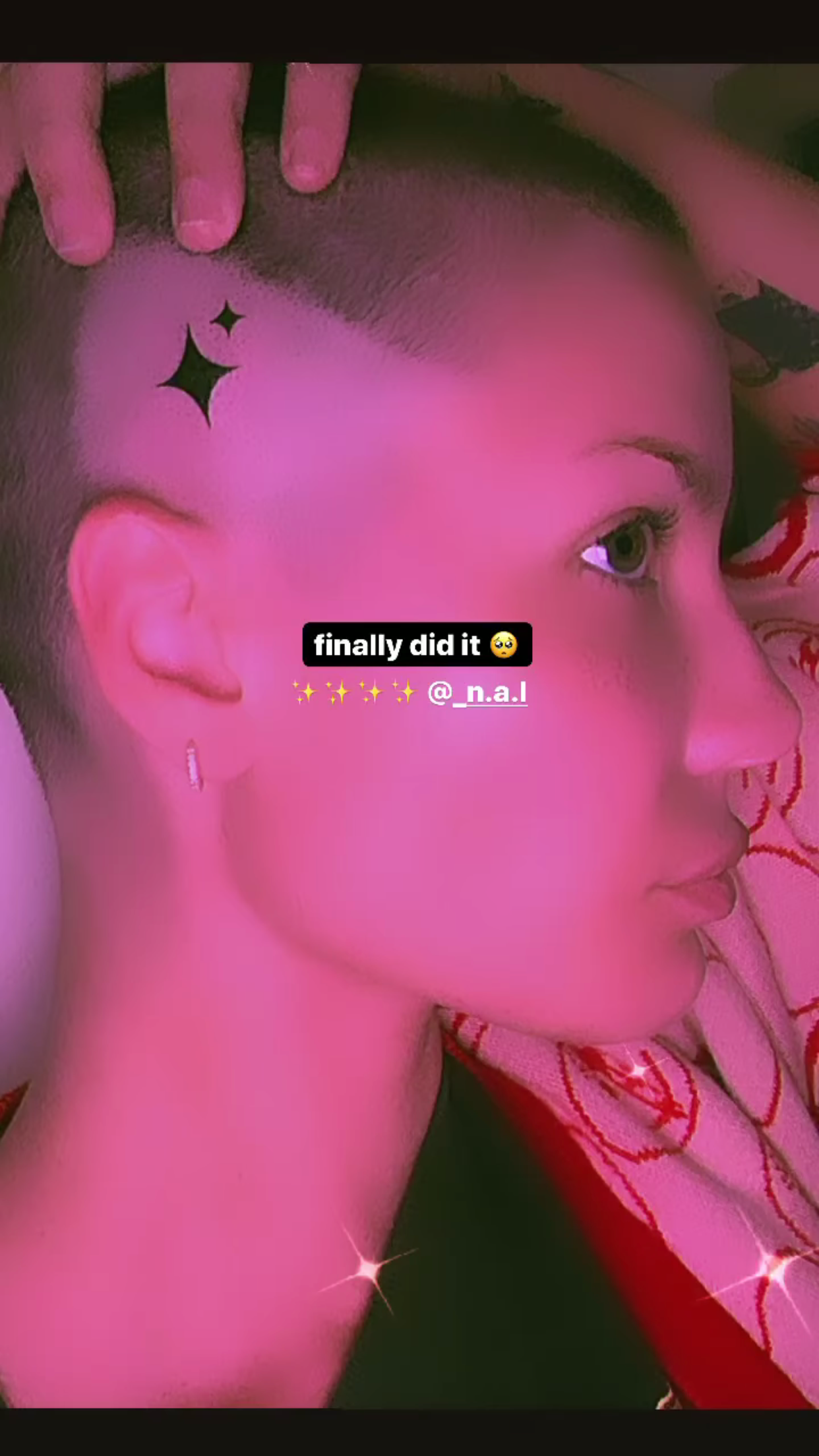 That's not the only new tattoo Halsey shared this past weekend. Lee also tattooed a Bjenny Montero illustration of a bird with a thought bubble reading, "I wonder if they'll remember me." The tattoo appears to be on Halsey's forearm. 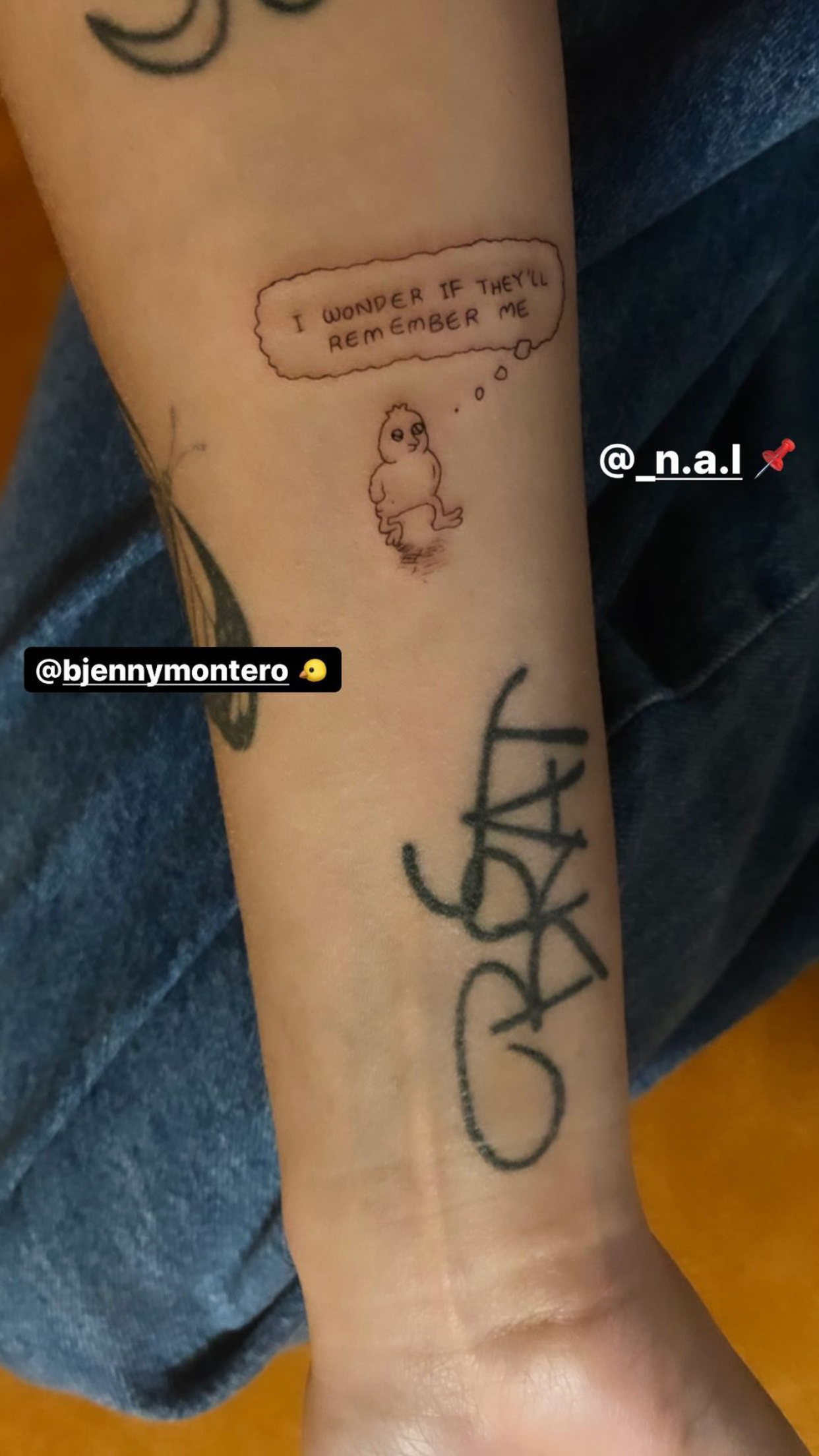 The new star tattoo will only be visible while Halsey's head is shaved, and considering her affinity for switching up her style, that may not be for long. But it's nice to know that, should she buzz her hair off again in the future, there will be an adorable design waiting beneath.