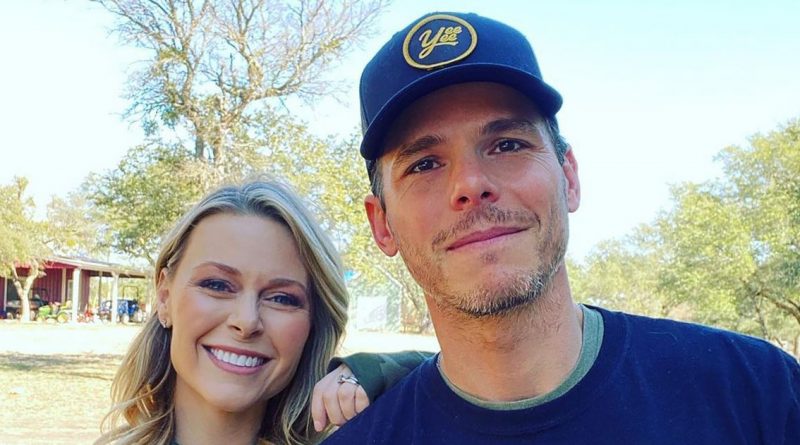 Singing her praises. Granger Smith gushed about his wife Amber Smith’s long road to baby No. 4 five days after their pregnancy announcement.

“We can finally let everyone know about our journey the past 15 months. It’s been a roller coaster ride!” the country singer, 41, wrote via Instagram on Tuesday, March 16. “When we eventually settled on the heavy decision to try for another baby, and learned that IVF was our best option, Amber went through the tedious prep process for three months. When we had two viable embryos, Covid shut the clinic down and they were kept frozen. After four months, the clinic finally opened, they transferred the 1st embryo to Amber and she got pregnant.”

Unfortunately, the actress, 39, suffered a miscarriage nine weeks later. “I’ve seen Amber go through so much in the last few years and I watched her yet again with steadfast resilience navigate physical and emotional pain while preparing her body for a second embryo transfer. Four months later, she was pregnant again with the final embryo … a baby boy.”

The couple announced on Thursday, March 11, that they’re expanding their family. The news came one year after the pair’s son River died at age 3 in a drowning accident.

“We’re pregnant,” the “City Boy Stuck” singer, who is also the father of London, 9, and Lincoln, 7, captioned his Instagram reveal. “A new Smith boy is due in August. … I don’t have many words for this video. Life isn’t perfect. Sometimes it’s beat up and broken but it’s NEVER hopeless. God promises that.”

Amber is now 16 weeks into her pregnancy. “We wait joyfully in hope, patient in affliction and faithful in prayer,” Granger concluded his Tuesday Instagram post. “I don’t know what tomorrow will bring, but I’ve learned to not worry about that.”

His wife also reflected on her journey in a separate social media upload, describing her “procedures, infection, antibiotics and all the things” she experienced.

“We share with the intent of spreading light and hope in an often dark and confusing world,” the expectant star captioned a throwback hospital selfie on Tuesday. “I don’t know much but I know this life is hard and God is good. No matter what. I know you can do hard things. And I know that hope does not disappoint.”

She added, “We know we still have much further on this journey to go, but we know God has already gone before us and that gives us peace.”