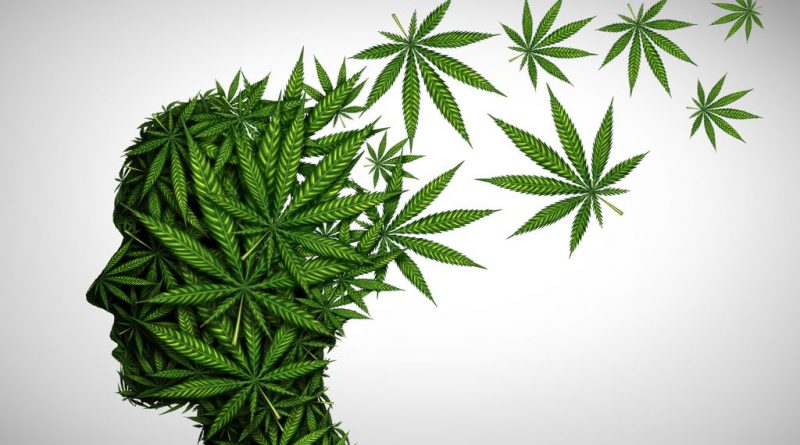 People who are high on cannabis are more likely to form false memories, in which they wrongly “remember” information that they never actually learned or recall snippets of an event that never happened, new research suggests.

False memories can arise spontaneously when people draw faulty inferences from their actual experiences. For instance, you might remember your co-worker being at the big meeting last Monday because everyone else attended when, in reality, he was out sick. In other cases, external sources supply the misleading information that fuels false memories, whether in the form of leading questions, faulty personal accounts from other people or misinformed media coverage.

Everyone occasionally crafts false memories, even when sober. But now, a study published Feb. 10 in the journal Proceedings of the National Academy of Sciences  suggests that cannabis use may raise the risk of forging false memories — a point that could prove critical in court.

“The law has recognized that certain witnesses are vulnerable, so you need to take extra care” when questioning them, said co-author Elizabeth Loftus, a distinguished professor of psychological science and law at the University of California Irvine School of Law. Children and people with mental disabilities are considered “vulnerable” witnesses, for example. “Maybe cannabis-intoxicated witnesses should join that club,” Loftus said.

Two experts told Live Science that, while the effects of cannabis on memory should be taken seriously in court, more research is needed to determine when and how police should question intoxicated witnesses to obtain more reliable testimonies.

As cannabis use becomes more commonplace and widely accepted around the world, understanding how the drug affects memory will become critical to the way officials handle criminal cases, said lead author Lilian Kloft, a graduate student in the Department of Neuropsychology and Psychopharmacology at Maastricht University in the Netherlands.

“Cannabis is the most widely used drug worldwide, after legal substances such as alcohol and nicotine,” Kloft told Live Science in an email. “There is a need to find out how this affects [witnesses’] memory, their reports, so that in turn evidence-based policies can be shaped.”

With this goal in mind, Kloft and her colleagues recruited 64 volunteers in the Netherlands to inhale a dose of vaporized cannabis and have their memory tested. The team designed the experiment to examine two kinds of false memories: those that arise somewhat spontaneously and those that external sources introduce.

To test spontaneous false memories, the team turned to a well-known experiment known as the Deese-Roediger-McDermott (DRM) Task. In that experiment, volunteers memorize a list of related words — such as “tired,” “pillow,” “bed” and “snore” — and then get tested on their recognition of those words. The catch is that, during the testing round, learned words get mixed in with new words that the volunteers weren’t asked to memorize. In one experiment, the volunteers memorized a word list while high, and in another, they memorized a different list while sober.

The new words ranged from totally unrelated to highly related to the words on the original list. Typically, people wrongly remember highly related words despite not having seen them before.

Indeed, this was the case when the volunteers were tested immediately after the memorization round, whether they were high or sober. While intoxicated, however, the participants were more likely to flag somewhat related and totally unrelated words as belonging to the original list. For example, when high, people might have mistakenly said  the word “tomato” was in their original word list even if it was a sleep-themed list.

The results suggest that people may be particularly prone to forming spontaneous false memories while high on cannabis, especially if the misremembered details only somewhat relate to their original experience, the authors concluded. But the DRM task isn’t very realistic — after all, how often are witnesses asked to memorize random words at the scene of a crime?

To better capture a true crime scenario and examine false memories that arise from external sources, the research team used virtual reality (VR). In one simulation, the participants witnessed a fight unfolding on a train station platform, and in a second, the volunteers (while in VR) stole a handbag from someone at a bar. Half of the participants took cannabis before donning their VR gear, while the other half remained sober.

Both groups completed an interview immediately after each simulation, during which their interviewer asked leading questions laced with misinformation. For instance, a question might have wrongly implied that the attacker on the train platform wore a black coat or that he was armed with a knife. The participants also listened to a virtual co-witness give a somewhat skewed account of the event, as might happen in real life.

When asked about true details of the virtual crimes, the sober and high groups answered the questions with similar accuracy. But when asked about details that never appeared in the simulation, the intoxicated group confirmed the inaccurate information more often than the sober group did.

“People under the influence of cannabis show the highest risk for false memories for things or details that are poorly related to the original event,” Kloft said. “It appears that [cannabis-intoxicated people] have a ‘yes’ bias when they are uncertain about their memory, which makes them sort of random and unreliable responders.”

Time to sober up

The results underscore the idea that “if you question [cannabis-intoxicated] people immediately, you are going to get these false memory effects,” said Manoj Doss, a postdoctoral research fellow at the Johns Hopkins Center for Psychedelics and Consciousness Research who was not involved in the study. Doss conducted a similar study using still images and written descriptions, rather than VR, and found that people who were high were more likely to falsely “remember” images they’d never seen when prompted by unfamiliar descriptions.

But would the false memories persist after the “witnesses” sobered up? To find out, the team repeated the memory tests the following week. On the DRM task, people performed fairly similarly regardless of their state of mind during the initial experiment. If they completed the initial test while high, however, they still tended to falsely recognize unrelated words more often than their sober selves. On the VR tasks, both the sober and intoxicated groups performed similarly on the follow-up test. Presumably, these results could reflect how memory decays over time, even in sober people, Kloft said.

“Memory decays, initially, very quickly. It declines steeply in the first 24 hours,” said Annelies Vredeveldt, an associate professor in the Department of Criminal Law and Criminology at Vrije Universiteit Amsterdam and co-founder of the Amsterdam Laboratory for Legal Psychology. For this reason, it’s considered best practice to interview eyewitnesses as soon as possible after a crime occurs. But in light of these new findings, the recommendation may not apply to people who are high on cannabis.

“Probably it would be best if [cannabis-intoxicated people] were interviewed as soon as they sober up, or maybe one day after the event,” Vredeveldt said. The more time that passes, however, the more their memory will deteriorate, she added.

Although many studies have investigated the effect of alcohol on false memories, relatively few have examined how memories falter under the influence of cannabis or other popular drugs, leaving the authorities to handle intoxicated witnesses, victims and suspects without evidence-based procedures, Kloft said. “In my opinion, more research … on other drugs and drug combinations (e.g., alcohol and cannabis) are urgently needed,” she said.