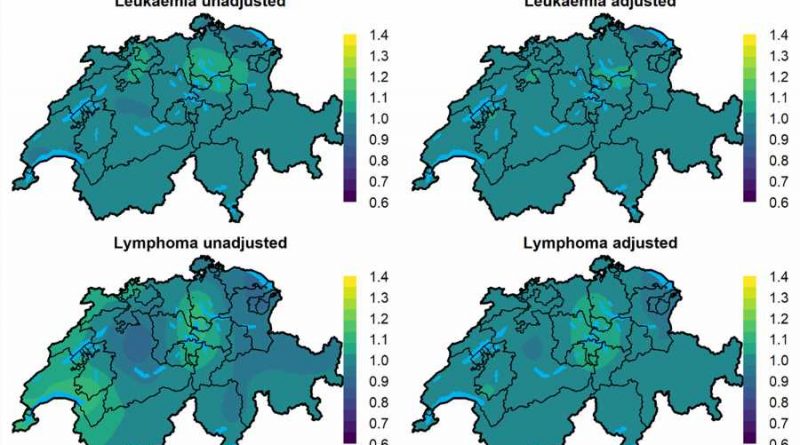 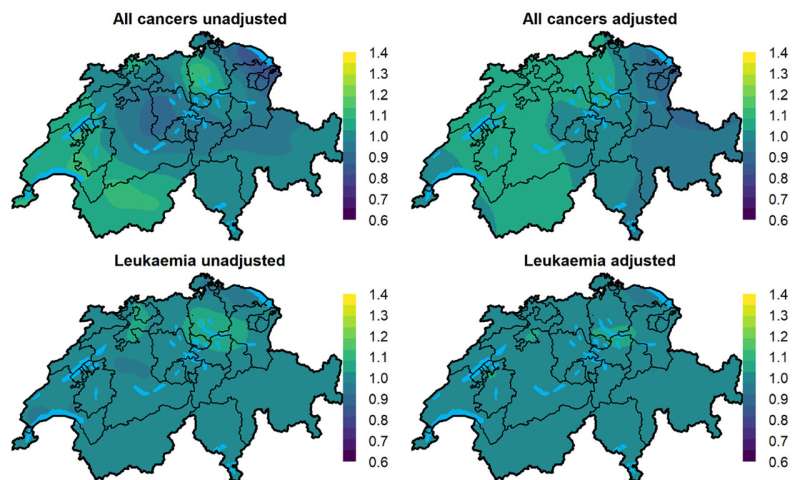 While cancer is rare in children, it is the second most common cause of death during childhood in Switzerland and other European countries. In Switzerland, about 250 children and adolescents under the age of 16 are diagnosed with cancer each year. These diagnoses are recorded in the national Childhood Cancer Registry which exists since 1976. Little is known about the possible causes of these diseases. A small proportion is related to certain genetic conditions, but in most cases the cause remains unclear. Various environmental factors have come under suspicion. These include ionizing radiation (natural background radiation, medical diagnostic radiation), air pollution, electromagnetic fields or pesticides.

“However, the results of previous studies of these factors do not allow us to draw any firm conclusions” explains Ben Spycher of the Institute of Social and Preventive Medicine at the University of Bern, the last author of the study, which has now been published in the International Journal of Health Geographics. Increased exposure levels in certain areas may result in locally increased cancer risks. Model calculations by the researchers at the ISPM and Swiss Paediatric Oncology Group SPOG have now detected a slight increase in the risk of brain tumors in two regions in Switzerland.

In a statistical model, the researchers included data on the places of residence of all children aged 0-15 years from the 1990, 2000 and 2010-15 censuses. The residential locations of children who developed cancer during the period 1985-2015 and are included in the Childhood Cancer Registry were compared with those of children who did not develop cancer. Precise location data (so-called geocodes) were used for this purpose.

In a previously published simulation study, the researchers were able to show that this model, which uses precise location data, identifies areas of increased risk more accurately than other widely used models that rely on spatially aggregated data, such as the number of cases per community or district. The model is also able to estimate local deviations of the cancer rate from the national average and distinguish them from random fluctuations that are to be expected due to the small number of cases.

The risk for brain tumors varies most

A map displaying the results shows two regions with increased incidence of brain tumors, one in the north of the canton of Zurich (border area with the canton of Schaffhausen) and one in the so-called Seeland. “Further analyses showed that the risk increase mainly concerns the group of embryonal brain tumors,” says Roland Ammann, co-author of the study at the University Clinic for Pediatrics at the Inselspital, University Hospital of Bern.

The researchers also investigated whether the observed geographical differences can be explained by certain spatial indicators such as degree of urbanization (urban, rural, intermediate) or socio-economic position (“Swiss neighborhood index of socioeconomic position”). As further explanatory variables, they also considered two environmental factors that were found to be associated with an increased risk of cancer in previous studies of the group, namely traffic-related air pollution (nitrogen dioxide concentration) and natural background radiation (estimated dose rates of terrestrial gamma radiation and cosmic radiation).

The factors considered partially explained the spatial variability of the cancer rate, specifically, 72% for all cancers together, 81% and 82% for leukemias and lymphomas, and 64% for brain tumors. However, they could not explain the increase rates of brain tumors observed in the two areas mentioned above.