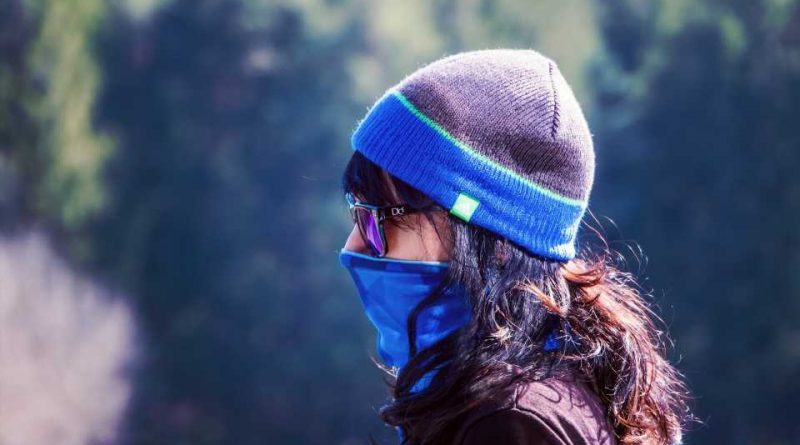 France entered a new lockdown on Friday as the resurgent coronavirus pandemic increasingly forced other countries to consider following suit, with Europe passing 10 million total infections and the United States posting a daily record of 90,000 cases.

From midnight, France’s 65 million people were largely confined to their homes, needing written statements to leave, in the latest drastic measure to curb a disease that has infected more than 44.5 million people worldwide and killed nearly 1.2 million.

Just days before the US presidential election, the country recorded 91,295 new cases in 24 hours, surging past the 90,000-mark for the first time to a total of almost nine million.

President Donald Trump has continued to downplay the dangers of the virus, telling a cheering crowd at a Tampa rally that lockdowns under his Democrat rival Joe Biden would banish normal life.

“We’re never going to lock down again,” Trump said ahead of the November 3 vote, telling supporters his own recent bout with COVID-19—for which he was hospitalised—proved it can be beaten.

Italy posted its own daily infection record on Friday, fuelling debate about whether it should follow France into a national lockdown.

“Over 31,000 cases and 199 deaths. I ask you one question: what are you waiting for?” virologist Roberto Burioni tweeted.

A new US government study meanwhile found that people infected with COVID-19 infect around half of the members of their household, with adults only slightly more likely than children to spread the virus.

‘Don’t have a choice’

In the French capital Paris, some medics voiced fears that steady traffic and appreciable numbers of people on public transport showed the public was not taking the lockdown as seriously a second time round.

“Crossing Paris this morning looked more like an ordinary day than the first day of a lockdown,” the director of Paris hospitals Martin Hirsch tweeted.

“We don’t have the choice, we are obliged to live, do our shopping and behave as if it is normal even if there are some safety measures,” said Fabrice Angelique, 18, buying headphones at a books and electronics store in Paris.

According to a poll by Odoxa-Dentsu Consulting for France Info and Le Figaro, seven out of 10 people in France are in favour of the new lockdown, which is scheduled to last a month with bars and restaurants closed until at least December and travel between regions limited.

Factories and building sites will remain open, as will creches and schools—although children aged six and up must wear masks in class.

President Emmanuel Macron has warned that the second wave “will probably be more difficult and deadly than the first” in a country that has already seen 36,000 deaths.

Europe has again become the epicentre of the pandemic, recording 40 percent more cases this week than the previous seven days, according to an AFP tally.

Nottingham became the latest of a swathe of cities across central and northern England to enter the highest tier of local restrictions Friday, with the 2.4 million residents of Leeds set to follow next week.

In Germany, Chancellor Angela Merkel has ordered a lighter round of shutdowns from Monday, closing bars, cafes and restaurants, as well as theatres, operas and cinemas.

Czech Republic lawmakers voted to extend a state of emergency until November 20, while Iceland ordered bars and nightclubs closed and limited public gatherings to no more than 10 people.

Russian President Vladimir Putin said he had no plans to introduce a sweeping lockdown, even as the country saw record tolls with reports of ambulance queues at hospitals and medical shortages.

There were however small glimmers of hope—sometimes controversial—in some countries.

In Slovakia, a government programme to screen its entire population of 5.4 million people for coronavirus with antigen tests in what would be a global first, was due to begin on Saturday.

And in Italy, pharmacists are facing a huge upsurge in demand for a niche product—of so far unproven effectiveness against COVID—usually marketed as an immune system booster for babies.

The demand for Lactoferrin comes weeks after a viral video suggested it might help protect against coronavirus.