Home » Health News » Foreign Doc Fights Return to Homeland, Can Stay in US — for Now 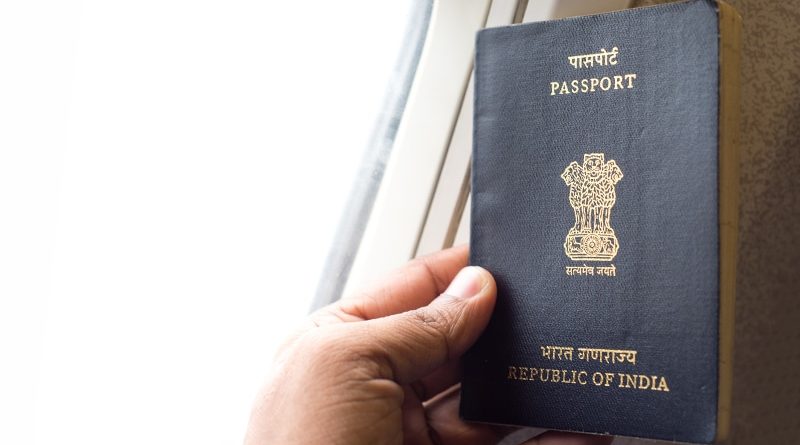 Federal immigration officials reversed course last month in a case involving an India-born physician that may have implications for other foreign-born doctors practicing around the country.

In 2020, anesthesiologist Sandeep Narayan, MD, asked US Citizenship and Immigration Services (USCIS) to approve a petition that would make him eligible to one day become a permanent resident.

But the immigration agency refused — resulting in a federal lawsuit, lots of stress for Narayan, and ultimately, vindication. USCIS officials did not respond to a Medscape request for comment.

Narayan, now 39, had come to the United States from India for his medical residency on a temporary visa in 2009. Once his residency was completed, that visa generally would require he return home for at least 2 years. 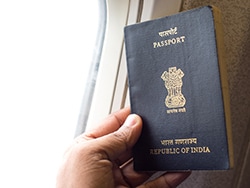 But decades ago, Congress created an exception to encourage physicians to practice in regions of great medical need: If foreign-born physicians agree to work in those areas for 3 years, and go through a multi-layered approval process, the return-home provision is waived. And if they work in a medically underserved region for at least 5 years, they’re eligible to apply for permanent residency.

Narayan embarked on that process after his residency ended in 2013, accepting an appointment at Eastern Maine Medical Center in Bangor, which had been designated by health authorities as medically underserved.

“It’s a benefit for both the (doctor) and the receiving state,” Narayan said in an interview with Medscape about the national-interest program. “In these areas, they don’t have all the physicians they need to take care of the local communities.”

He practiced in Bangor for five years. Then, in 2018, he moved to North Carolina for a new job at Carolinas Medical Center-Atrium Health in Charlotte. Throughout his stay in the US, he and his employers filed and updated visa- and immigration-related paperwork as needed.

Seeking a Permanent Home in the US

By June 2020, Narayan, now married and the father of a young child, began the process of seeking permanent residency. He gathered the documentation from his job in Maine and made a formal request to USCIS to classify his status as eligible to immigrate to the US, citing the 5-year national-interest legislation.

But 2 years later, USCIS denied his request, saying he failed to meet the regulatory requirements. That 5 years he worked in medically-underserved Maine? USCIS wouldn’t count that. Instead, Narayan would have to show a current five-year contract to work in a medically underserved area.

By this time, Narayan had two children, and had settled in Charlotte. “Everything was at stake,” he said. “I’ve been here in the US on a visa since my residency training. I have family, I have kids. We had built our lives on this immigration petition and visa I’m practicing on. It was a very difficult time.”

It “completely undermines the incentive for international medical graduates to practice in underserved areas,” he told Medscape. “Why bother to work for 5 years in an underserved area, if the USCIS is just going to deny your immigrant petition?”

With Wintersteen, Narayan in November sued USCIS in the US District Court for the Western District of North Carolina, arguing that the agency’s denial violated federal law. They cited a 2006 federal appeals court decision in favor of a group of foreign-born doctors suing over the same immigration agency denial Narayan faced. Those physicians argued that immigration authorities had failed to consider their prior service in medically underserved areas, in violation of federal law.

The court ruled for the doctors, and immigration authorities agreed to amend their procedures accordingly. But they still have not made those changes.

USCIS never filed an answer to Narayan’s lawsuit. Yet just weeks after taking the agency to court, Narayan received another letter from USCIS.

The agency had reviewed the file, the letter informed him, and “determined your petition was erroneously denied.” Narayan’s petition to pursue permanent residency finally had been approved.

“It was blindingly fast,” Wintersteen said of the agency’s decision. “It’s a pretty straightforward admission that everything I said is right.”  He withdrew the federal lawsuit since Narayan’s issue was now moot.

Despite the 2006 ruling, USCIS regulations remain in conflict with Congress’ intent to encourage doctors to practice in these underserved areas, Wintersteen maintains. Nearly 280,000 foreign-born doctors practice in the US, about 28% of the nation’s physician workforce.

“This is an important access-to-healthcare issue,” Wintersteen said. “If the USCIS creates a lot of artificial barriers to getting a physician national interest petition approved, that renders the incentive that Congress sought to create ineffective.”

Wintersteen said he’s discussed the matter with other immigration attorneys whose clients have faced similar issues. Some of them had found various workarounds, including pursuing different kinds of visas. But he’s encouraged other attorneys to file suit if necessary. Meanwhile, he knows of at least one case where a request similar to Narayan’s had been approved, despite the regulations.

“It’s very inconsistent,” Wintersteen said. “I don’t think this issue is going away.”

Nor is the issue of physician shortages, which he calls a “terrible problem…especially in rural areas where hospitals are closing. There’s less and less access, the population is getting older, there’s a huge addiction crisis, COVID, mental health, infectious diseases — it’s endless.”

He expects the agency will have to reconcile the conflict between the 2006 court ruling and its internal regulations at some point. Otherwise, “It’s going to be easy for people like me to paint the immigration service as undermining public health with their improperly restrictive regulations,” he said. But revising the rules will be a years-long process, requiring public notice and comment.

Meanwhile, Narayan awaits his green card. It could be a long time coming, Wintersteen said: USCIS is still working on petitions that Indian green-card applicants filed in 2011.