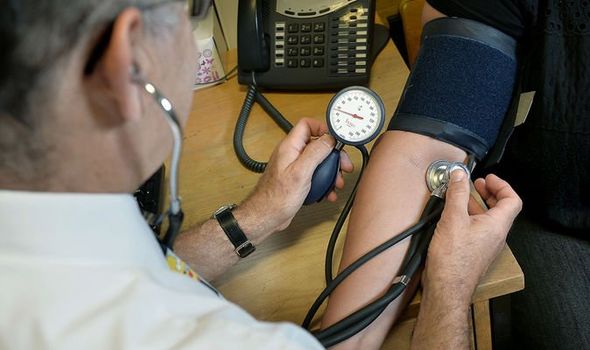 The proportion of consultations held in person was 57 percent in July, down from around 80 percent before Covid-19 hit.

Professor Martin Marshall, chair of the Royal College of GPs, suggested the current level may become the new normal.

Giving evidence to the Commons Health and Social Care Committee, he said: “A reduction in face-to-face from 80 percent to 56 percent on average across the country is probably about right.”

The Prime Minister’s spokesman has said the public should be able to choose if they want to see their GP in person, after a barrage of criticism that too many were being denied face-to-face care.

But asked whether patients should have the right to demand it, Prof Marshall told MPs that was “undeliverable”.

He said in-person consultations should be available when clinically necessary but rising demand was making it difficult to deliver the quality of care they would like to.

Defending his colleagues, Prof Marshall highlighted how the number of full-time GPs had dropped by around 4.5 percent since 2015.

He said: “The plug is out of the bath. More people are leaving either by working part-time or by retiring early. General practice is a highly pressurised job and impacting on clinicians’ mental health.”

He also warned the pandemic is not over, with data showing one in 70 to 80 people was infected with Covid-19 in England.

Prof Marshall said: “The idea of having somebody fit and healthy but shedding virus sitting next to someone vulnerable in a waiting room is just not acceptable.”

He acknowledged some patients are dissatisfied with telephone contact and the system of triage, where people are assessed to decide which appointment they need. Prof

“So it’s hardly surprising it’s taking time for clinicians and patients to get used to it. I don’t think we’re going to go back to 80 percent of consultations being face-to-face.”

But Dennis Reed, director of campaign group Silver Voices, said the suggestion the current level was appropriate was “arrogant”. He added: “There is a huge demand for face-to-face appointments. I’ve no doubt a number of people, particularly the younger generations, are comfortable with remote consultations. But older people are far less comfortable, sometimes they can’t afford IT equipment.”

Meanwhile, the British Medical Association wrote to Health Secretary Sajid Javid urging him to tackle a wave of abuse against GPs.

It called for legislation to increase the maximum sentence for assault against emergency workers from 12 months to two years. Dr Chaand Nagpaul, BMA council chair, said: “Whilst GPs are being vilified for offering telephone consultations, they are doing so purely for the safety of their patients.”