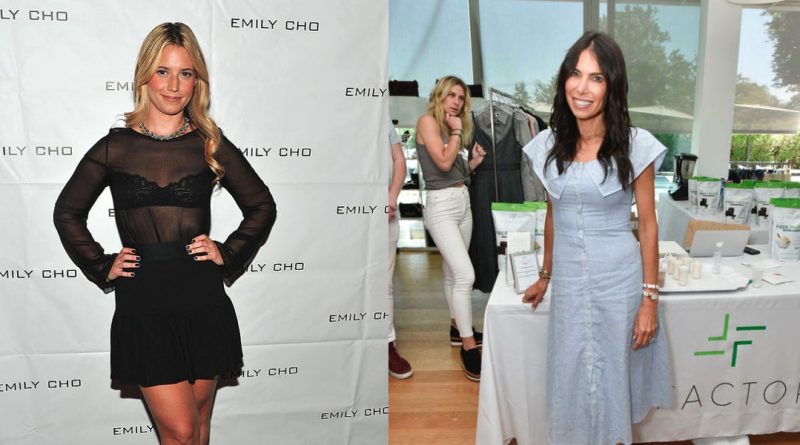 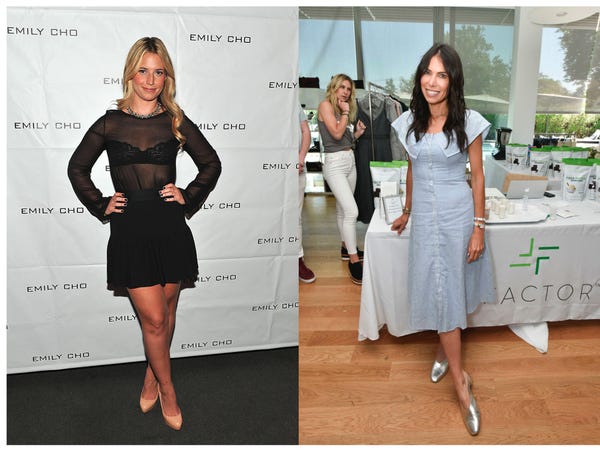 Tanya Zuckerbrot, a registered dietitian and founder of the beleaguered diet company F-Factor, is suing fashion influencer Emily Gellis Lande, alleging that she attempted to destroy the high profile brand. Zuckerbrot accuses Gellis Lande of inflicting monetary losses and emotional distress, according to the lawsuit filed with the New York Supreme Court.

The lawsuit alleges that Gellis, who has been Zuckerbrot's most prominent critic, "began a smear campaign to destroy" the company and its founder in July. "This campaign continues today," the complaint says.

F-Factor, a program that launched with a book in 2006 and more recently developed products including bars and powders, pitches itself as a simple weight loss program by emphasizing fiber above all else. It's been popular among celebrities and well-heeled New Yorkers, who want to "eat carbs, dine out, drink alcohol, and work out less" — per the company slogan.

But the diet and Zuckerbrot became the center of controversy this summer after Gellis, who's never tried the diet, began posting hundreds of Instagram stories per day, screenshotting direct messages from women who said they believed they had suffered health problems after consuming F-Factor products.

Insider spoke to some of these women, who said the program and its products led to everything from eating disorders and gastrointestinal issues to rashes and hair loss. The women said they wanted more transparency from the company, which had a history of deleting negative comments and reviews, leaving adherents feeling in the dark about whether their symptoms were related to F-Factor.

Zuckerbrot previously told Insider that in her 20-year career, she's never heard complaints like the ones shared on Gellis's Instagram stories or reported by the outlet. She said she wanted people to come directly to her with complaints, saying she's "not a litigious person," despite sending cease-and-desist letters to other influencers and former employees who spoke out against the brand.

The current lawsuit follows weeks of social media silence from F-Factor and Zuckerbrot, who last month hired Lanny Davis — the former special counsel to President Bill Clinton who also represented Michael Cohen in his trial related to the President Trump and Stormy Daniels scandal — to assist in handling this fallout.

"The Defendant Gellis may think she is immune from accountability for false, defamatory and/or harassing statements she made to substantially harm Tanya Zuckerbrot and F-Factor because she made the statements on social media platforms," Dan Webb and Davis, co-counsel in the case against Gellis, said in a press release.

"But she is wrong, and we believe a jury of her peers in New York City will ultimately agree that her conduct is unlawful and maliciously reprehensible."

When asked for comment to the lawsuit, Gellis told Insider, "Karma is a b—h."

The lawsuit claims Gellis has made 4,500 'defamatory' posts

The 59-page lawsuit says Gellis spent about 75 days this summer creating at least 4,500 "false, defamatory, and/or harassing" posts, including 750 minutes of video footage, about Zuckerbrot and her company.

The suit claims Gellis told her 207,000 followers she had evidence F-Factor caused a range of serious health problems including a heart attack, miscarriage, and even a death. Gellis also said she had evidence the products contain high levels of arsenic and "destroy the intestinal lining" of people who eat them, according to the suit.

The lawsuit also alleges that due to Gellis's behavior, Zuckerbrot's business went from bringing in more than $1 million a month to $100,000 monthly.

It also alleges that Gellis caused Zuckerbrot "devastating emotional distress," saying the dietitian "has become withdrawn and is sometimes unable to get out of bed."

Finally, the suit claims Gellis threatened the safety of Zuckerbrot and her family by exposing the home address of Zuckerbrot, her children, and her husband.

Gellis Lande herself has shared harassing messages which she believes to be from people who support F-Factor, including threats against her family. Her home address was also made public, leading her to tears in an Instagram Story on Thursday. "My entire family has been threatened for seven weeks," she said.

A GoFundMe page supporting Gellis's "fight for the truth" has already raised more than $28,000 since its creation on September 2. Gellis has maintained she's done nothing wrong, and is simply using her platform to give voice to people who believe they've been harmed by F-Factor but feel they've been silenced by the company.

"Facts matter. Victims matter," she wrote on Instagram Tuesday. "I will not ever apologize for who I am or what I am doing."