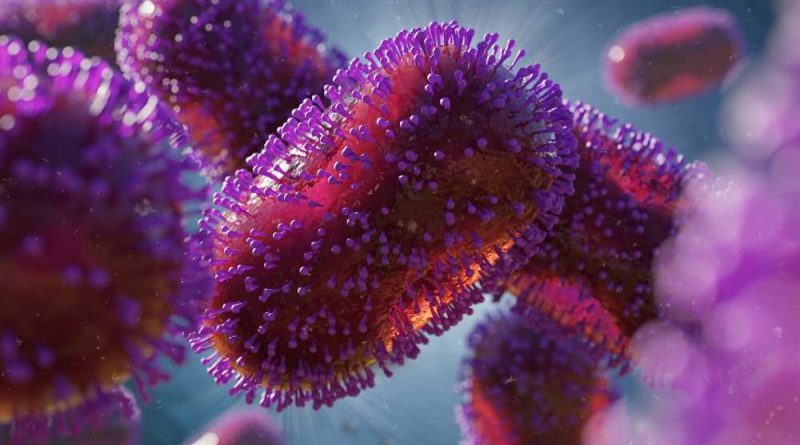 In a recent study posted to the medRxiv* preprint server, researchers illustrated the baseline trajectory of the monkeypox virus (MPXV) epidemic anticipated under the sole effect of infection-derived or herd immunity.

The researchers firmly believe that analysis of the MPXV case trend is incomplete unless studies adjust for inherent saturation effects, such as the heavy-tailed nature of the sexual partnership distribution among men having sex with men (MSM).

From November 2022, MPXV cases started declining across the United States (US) and Europe after their rapid initial surge since the outbreak began in April 2022.

The current outbreak was novel because most cases were among MSM with no reported exposure to animals or travel history in endemic countries. Although the secondary attack risk (SAR), specifically among sexual partners, remains debatable, a wide range of sexual SAR values could have led to sustained outbreaks over MSM sexual contact networks. A heavy-tailed empirical distribution of sexual partners among MSM led to sustained human-to-human transmission in this population while not in others.

Many countries identified the current MPXV outbreak and introduced public health interventions, such as contact tracing and vaccination. Increased awareness among high-risk populations also triggered behavioral changes, thus, reducing disease spread. However, evidence is overall inadequate to quantify the relative contribution of these responses to the case decline in different countries.

In the present study, researchers developed a mathematical model of MPXV transmission over the MSM sexual contact network accounting for infection-derived immunity. It modeled the risk of an individual being in contact with an infectious sexual partner as directly proportional to the number of their sexual partners over 14 days. They assumed that upon recovery, infected individuals would develop long-term immunity and maintain their sexual behavior without risk of re-infection. Furthermore, the team directly modeled the relationship between the cumulative number of cases per MSM population and the effective reproduction number (R eff).

The researchers compared model outputs with observed MPXV outbreak data. They identified the period during which reported cases likely peaked in European countries, the US, and Canada. They fitted Gompertz curves to the cumulative reported case count over time in each of the included countries and US states to estimate the cumulative number of MPXV cases per MSM population size by the cumulative incidence proportion at the peak of an epidemic (CIPP). Furthermore, the team anticipated identical CIPPs across different MSM populations if they shared the same partnership distribution and SAR.

The study model replicated MPXV epidemics over an MSM sexual contact network. It showed cases started to decline even before 1% of the MSM population experienced infection despite having an R 0 of above one. The study model suggested that with a plausible SAR in a highly heterogeneous MSM sexual contact network consistent with the observed heavy-tailed sexual partnership distribution among MSM, an epidemic rapidly hits the herd immunity threshold and starts to decline. It might explain the current decline in MPXV cases in many countries, with different timing and intensity of interventions.

Additionally, the researchers noted that many of the observed MPXV epidemics formed a peak when the cumulative number of cases reached ~0.1–0.7% of the estimated sexually active MSM population size. The study model reproduced such patterns, with a SAR between 10 to 30% per sexually-associated contact without accounting for any interventions or behavioral change.

Furthermore, the model projected that the declining phase of an epidemic in a heavy-tailed MSM contact network might be gradual, especially if the SAR was high. Thus, regardless of the factors driving peak MPXV incidence, promoting and providing sustainable means of prevention, particularly vaccination, to those at risk—not only in newly affected countries but also in countries where monkeypox has long been endemic—remains crucial to ending the global epidemic. Sustained concerted efforts are needed to overcome the effects of immunity waning or turnover in the MSM population with the most partners, which could replenish susceptible individuals, and the epidemic potential.

The study results suggested that early infection of individuals with the highest risks in a heavy-tailed sexual partnership distribution may have been sufficient to cause downward trends in monkeypox epidemics even without effective control measures. The authors reiterated that their findings do not show the effects of interventions and behavioral changes in the current MPXV outbreak. They explain CIPPs at both country- and US-state levels, which are of similar order and substantially lower than the classical herd immunity threshold, even without interventions or behavioral changes.

However, this pattern would have remained the same if included countries and US states exhibited similar interventions or behavioral changes at their epidemic peaks. Furthermore, MSM, with the highest number of partners, likely drove the current MPXV outbreak. However, more data is needed to discriminate the role of interventions and behavioral change from the saturation of infection. Until that is clarified, attributing the decline in MPXV cases to these factors alone may overstate their impact. Further studies incorporating these findings on the saturation effect from infection-derived immunity would facilitate a better understanding of the evolving MPXV epidemiology.

Neha is a digital marketing professional based in Gurugram, India. She has a Master’s degree from the University of Rajasthan with a specialization in Biotechnology in 2008. She has experience in pre-clinical research as part of her research project in The Department of Toxicology at the prestigious Central Drug Research Institute (CDRI), Lucknow, India. She also holds a certification in C++ programming.