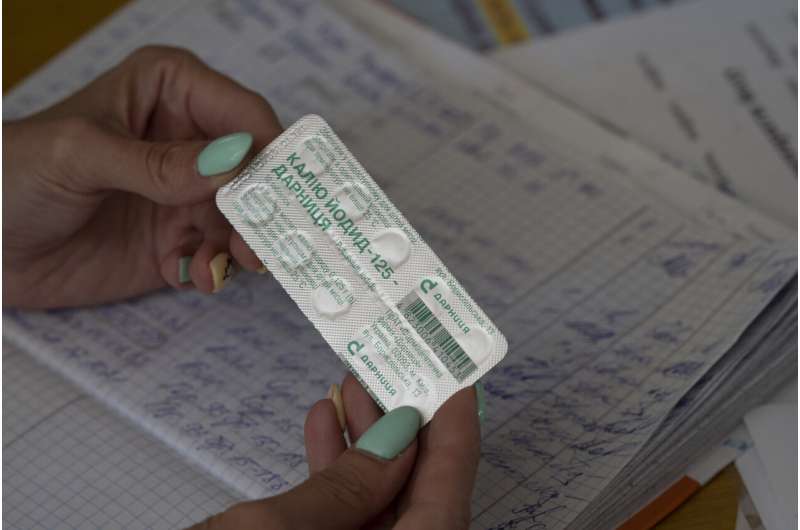 The war in Ukraine has heightened fears about nuclear exposure—and interest in iodine pills that can help protect the body from some radiation.

Concerns have grown in recent weeks over periodic power cuts to the Zaporizhzhia nuclear plant that have increased the risk of a meltdown. And threats from Russian President Vladimir Putin that he will use “all means necessary” to win the war in Ukraine has raised the specter of nuclear warfare.

Some countries in Europe have started stockpiling the tablets and pharmacies in Finland began to run low on the pills after that country’s health ministry recommended households buy a single dose in case of emergency.

But what are iodine pills? And what can they do—and what can’t they do—in the case of a nuclear leak or attack?

Potassium iodide, or KI, offers specific protection against one kind exposure. It prevents the thyroid—a hormone-producing gland in the neck—from picking up radioactive iodine, which can be released into the atmosphere in a nuclear accident.

This radioactive material can increase the risk of thyroid cancer if it gets into the body, for example by breathing it in or eating contaminated food. It’s especially dangerous for children, and its health risks can last for many years after exposure, according to the World Health Organization.

Iodine tablets work by filling up the thyroid with a stable version of iodine so that the radioactive kind can’t get in. If the thyroid is already packed with potassium iodide, it won’t be able to pick up the harmful iodine that’s left after a nuclear accident.

The pills are cheap and sold all over the world, and many countries, including the U.S., stockpile them.

But potassium iodide doesn’t protect against other kinds of radioactive threats. A nuclear bomb, for example, can release many different kinds of radiation and radioactive material that can harm many parts of the body.

Health authorities caution that potassium iodide should only be taken in certain nuclear emergencies, and works best if it’s taken close to the time of exposure. It shouldn’t be taken as a preventive measure ahead of time.