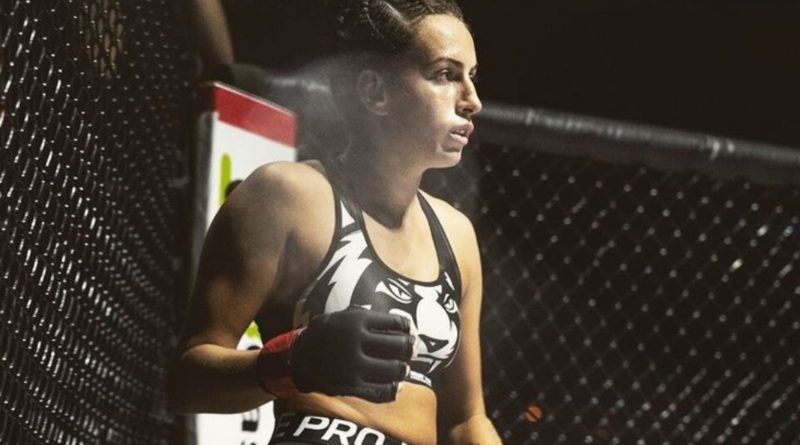 “My parents moved us over to the Gold Coast, I think I was about 10 years old when we got there originally,” she said in an interview with ESPN. “I was super happy to be there, with the theme parks and the sun and the beach, and just everything that I’d never experienced growing up in a place like Scotland.”

O’Neill adds, “It was a pretty easy adjustment when we first got here, the school year was going on and, in Scotland, you start a year before you do in Australia, so my sister and I had about seven months when we didn’t have to go to school. We just hung out all day at the pool, the beach, the theme parks. I was just loving life. Every time I got on the phone to my family back home I was telling them about this dream life that I was living.”

She adds, “And then we started school, which I didn’t love. I had an accent, I was the new girl and I was shy…but it didn’t take me too long to warm up to people and figure out how to do a fake Australian accent to fit in, and we were away from there.”

While most fighters can attest to falling in love with the sport, for O’Neill the story is an intensely personal one. She fell in love with the sport largely as a result of her deep bond with her father who is also a big fan. Starting out in the MMA, O’Neill then continued to grind daily and work on her fitness, technique and skills to book smaller promotions that helped see her fine-tune her skills across the globe.

“I started kickboxing because my dad would pick me up from school and I would do it while he was doing it,” O’Neill recalled. “I would sit on the sidelines and I would beg to jump in or I’d shadowbox and stand there and pretend I was involved, just anything to hang out with my dad. That’s how it started with the kickboxing, and then once we moved to Australia I just always wanted to hang out with my dad. I just thought my dad was the coolest person in the world. Whatever he was doing, I was doing; when he started doing jiu-jitsu in Australia, I started doing jiu-jitsu.”

O’Neill’s first UFC debut came back in 2020 but unfortunately the global coronavirus pandemic came and halted such plans of seeing her take her first crack inside the Octagon. Not one to give up or dwell on the negatives, O’Neill seized the chance to look for a positive.

The move to UFC

After recovering from a Covid-episode, O’Neill booked her first UFC debut against Dobson. “I’m super confident in my abilities as a fighter, I work on everything 24/7, I don’t really take time off. So I would say that I am a pretty well-rounded fighter and I do have a lot of ways of finishing fights, which I’ve proven in the past, and I can also go the distance.”

Now, O’Neill believes she’s one of the “top five” fighters in the UFC’s flyweight division, having remained in Las Vegas under the guidance of Xtreme Couture MMA. “I look at my division and I see myself as one of the top five in the division, and with experience and time I’m going to prove that to everybody else. Obviously I’m super young and I have a lot of time to grow, but I’m definitely one of the most talented people in the flyweight division, in my opinion,” she said.

“And to show that to everyone I’m happy to fight from the bottom of the roster all the way to the top, I’ll fight everybody who is there in the division, gain that experience, gain some fans and gain some money, and prove to everybody that I am what I say I am.”