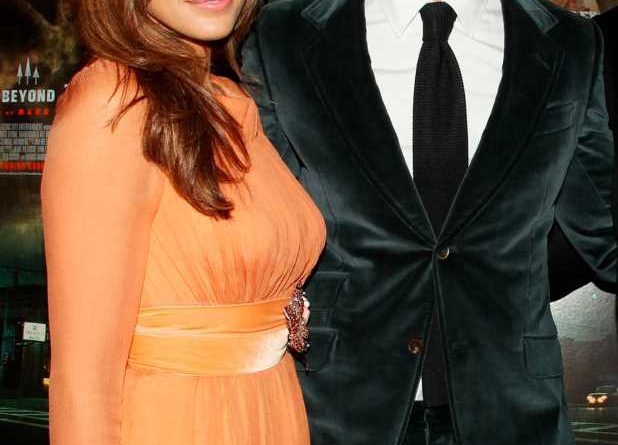 Eva Mendes feels "lucky" to be able to have a career and a family.

The actress, 46, opened up about welcoming daughters Esmeralda Amada, 6, and Amada Lee, 4, with Ryan Gosling, sharing in a new interview with Nova 96.9's Fitzy & Wippa that she never had a desire to have children until she "fell in love" with the actor.

When asked if she was ready to return to acting following a six-year hiatus, Mendes told the Australian radio show, "I am now that [my kids] getting a bit older, but I really feel like I never want to send the wrong message to young women out there. It’s not an either/or situation."

"I was lucky enough to work my bum off for 20 years," she continued. "I never wanted babies before until I fell in love with Ryan, and it kind of worked out to where I was 40 and having my first baby. I think I was 42 for the second one, so it worked out in that way that I had a career and then I change my focus to my family." The Hitch star added that she's been "thinking of definitely going back" to acting.

"I feel like it’s time," Mendes said, adding that "the list is getting shorter and shorter of stuff that I'd do."

"I don’t want to do anything violent. I don't want to do something risqué. I think the only thing that’s left is Disney!" she quipped.

The couple, who began dating in 2011 after filming The Place Beyond the Pines together, have kept their relationship and children's lives extremely private over the years.

Mendes first hinted about a possible return to the silver screen this month in an interview with Sydney Morning Herald.

"I feel like, as far as my ambition, it didn’t go away, it just shifted onto the children," she said.

"I applaud and look up to those women who can do it all, but I'm not one of them," Mendes added, "and, thankfully, I have a choice not to work and I realize how fortunate I am that it's even a choice. I've been so happy to be able to incubate with my babies, but now they are four and six, I'm starting to feel like my ambition is coming back."