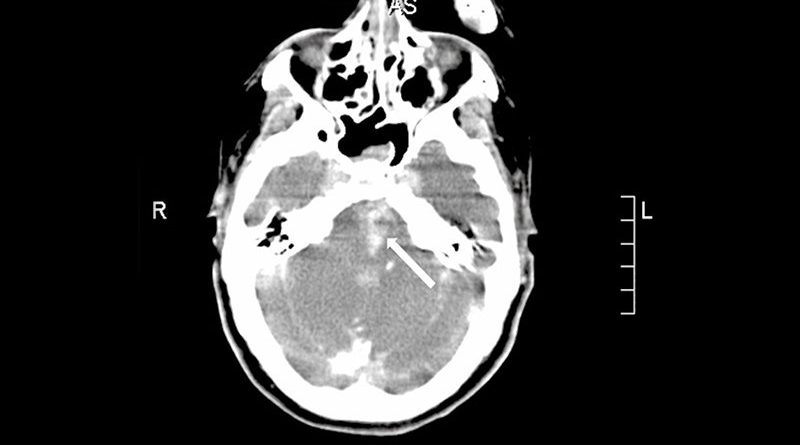 Compared with best medical treatment alone, endovascular therapy (EVT) significantly increases the likelihood of favorable outcome at 90 days for patients with stroke resulting from acute vertebrobasilar artery occlusion, according to a pooled analysis.

EVT was associated with “an almost twofold greater likelihood of significant improvement,” Raul Nogueira, MD, professor of neurology, neurosurgery, and radiology at Emory University School of Medicine, Atlanta, Georgia, told Medscape Medical News. The analysis that focused on patients with a National Institute of Health Stroke Scale (NIHSS) score of ≥10 “was also positive in the pure intention-to-treat analysis and even more robustly so in the per-protocol analysis.”

The findings, from the Vertebrobasilar Occlusion Randomization to Endovascular Reperfusion Versus Intravenous Thrombolysis or Medical Treatment Alone Systematic Evaluation (VERITAS) Collaboration, were presented at the International Stroke Conference (ISC) 2021.

Two recent randomized clinical trials, BEST and BASICS, evaluated the potential benefit of EVT, compared with medical treatment alone, for patients with acute vertebrobasilar artery occlusion who could undergo treatment within 6 to 8 hours of stroke onset. Despite their merits, these trials had significant limitations. “Both trials suffered from serious equipoise issues,” said Nogueira.

“Specifically, the BEST trial had poor recruitment and subsequently ran into problems with over 22% of the control patients crossing over to the intervention treatment,” he added. The poor recruitment and high crossover rate prompted the early termination of the trial.

For the BASICS trial, recruitment was also poor; it took more than 8 years to recruit 300 patients at 23 centers. This raises the suspicion of selection bias either at the patient level or at the center level, said Nogueira. Because of the slow recruitment rate, the investigators had to amend their protocol to include patients with conditions of low clinical severity, defined as having an NIHSS score of <10, which significantly diluted the treatment effect size.

“At the same time, they also had to paradoxically increase their expected effect size by 15% and decrease their sample size by 40%,” said Nogueira. “These different factors resulted in a study that was underpowered to demonstrate the benefit of the interventional treatment.”

Nogueira and colleagues undertook the VERITAS collaboration to pool patient-level data from the BEST and BASICS trials. “As with any pooled analysis, one of the main advantages is related to the larger sample size,” said Nogueira.

Because they found that the results of the original trials were contaminated because of the high number of crossover patients, the investigators conducted a contamination-adjusted intention-to-treat analysis. They also redefined the target population of the intervention as patients with an NIHSS score of ≥10 at baseline, which was the original BASICS study population.

Their primary endpoint was favorable outcome, which they defined as a Modified Rankin Scale (mRS) score of 0 to 3 at 90 days. The secondary efficacy endpoint included the shift in the distribution of mRS scores and the rates of functional independence (defined as mRS of 0 to 2) at 90 days. Safety outcomes included symptomatic intracranial hemorrhage (sICH) and 90-day mortality.

The researchers included 351 patients in their analysis. Of these, 181 received EVT, and 170 received medical management. The mean age of the population was 68 years, and approximately 67% of patients were men. The baseline NIHSS score was 30, indicating severe stroke. Baseline characteristics were generally well balanced, although the rate of atrial fibrillation was higher among patients who received EVT (28.2% vs 15.3%).

The mortality rate was 40.3% in the EVT arm and 48.2% in the medical-management arm, but this difference was not statistically significant. The rate of sICH, however, was significantly higher with EVT (5.0%) than medical management (0.6%).

In the per-protocol analysis, the rate of favorable outcome was 39.2% in the EVT group and 23.2% in the medical-management group, for an aOR of 2.12 for treatment vs control. As in the intention-to-treat analysis, the mortality rate was lower in the EVT group (39.8%) than in the medical-management group (50.3%), but the rate of sICH was higher with EVT (5.1% vs 0.6%).

“While we hope this pooled analysis will help solidify the treatment in many locations, we also recognize that, given the absence of clearly positive trials, equipoise may still exist in certain environments,” said Nogueira. “In this setting, we are currently collaborating with academic colleagues in China to conduct new randomized clinical trials in this area.”

“This study suggests that intervention is beneficial for occlusion of the basilar artery or vertebral artery, but these are very different situations,” David Spence, MD, professor of neurology and clinical pharmacology at Western University, London, Ontario, Canada, told Medscape Medical News.

“Basilar occlusion has a terrible prognosis, and it seems likely that intervention would be worthwhile, whereas vertebral artery occlusion is usually associated with a better outcome, because there are two vertebral arteries, and collateral circulation is often adequate.”

Future research into basilar occlusion is probably required, he added, “but based on the present evidence, if the patient were my mother, I would rather go for intervention,” said Spence.