Home » Health News » Elliot Page, Known for His Role in ‘Juno’, Announces He Is Transgender 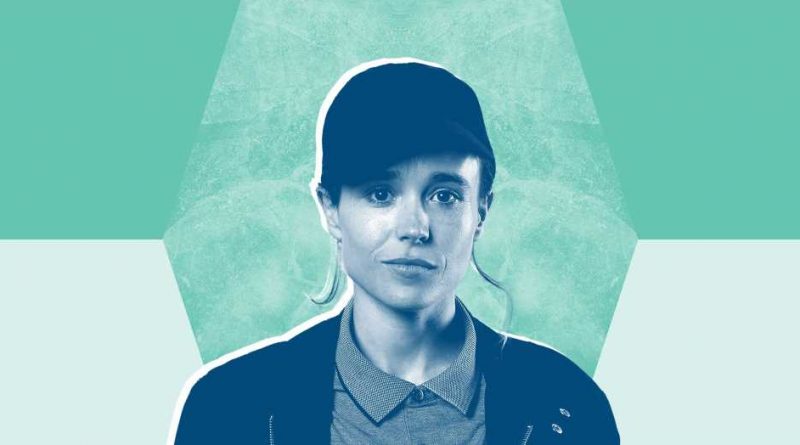 Actor Elliot Page, known for his roles in Juno and Netflix's Umbrella Academy, among others, announced on social media that he now identifies as transgender.

Page, 33, shared the news Tuesday on Instagram. “Hi friends, I want to share with you that I am trans, my pronouns are he/they and my name is Elliot. I feel lucky to be writing this. To be here. To have arrived at this place in my life.”

To be clear, Page identifying as transgender means he was "designated as female on his birth certificate, but is now living as his authentic self," according to GLAAD. It's also worth noting that, while Page uses he/they pronouns—meaning both he/him and they/them are acceptable—this story will use he/him when referring to Page.

In his post, Page went on to thank his support system, including other members of the transgender community. “I’ve been endlessly inspired by so many in the trans community. Thank you for your courage, your generosity and ceaselessly working to make this world a more inclusive and compassionate place.”

But Page also wrote about how emotional his transition has been, saying: “My joy is real, but it is fragile. The truth is, despite feeling profoundly happy right now and knowing how much privilege I carry, I am also scared.”

He went on to explain that his specific fears include those of violence and hate against the trans community. “To be clear, I am not trying to dampen a moment that is joyous and one that I celebrate, but I want to address the full picture. The statistics are staggering. The discrimination towards trans people is rife, insidious and cruel, resulting in horrific consequences.” Page referenced the number of trans individuals who have been killed this year, explaining that the majority of them were Black and Latinx women, and called out politicians and other leaders who actively deny people in the trans community their rights. “You unleash a fury of vile and demeaning rage that lands on the shoulders of the trans community, a community in which 40% of trans adults report attempting suicide. Enough is enough,” Page wrote, vowing to speak out against such injustices. “To all the trans people who deal with harassment, self-loathing, abuse and the threat of violence every day: I see you, I love you and I will do everything I can to change this world for the better.”

Page's announcement was widely covered by the media, and many outlets received backlash for using the name that Page was formerly known as, a practice known as deadnaming. Deadnaming, whether done intentionally or accidentally, can be psychologically harmful to trans individuals who have made their chosen name and pronouns public.

Writer Megan Lasher wrote on Twitter that it’s easy to identify Page by his acting, and that, therefore, there’s no need to deadname him.

Reporter Jo Yurcaba followed this up by saying that newsrooms need to be able to cover Page’s transition using only his chosen name.

Another Twitter user offered a guide to speaking about Page’s transition, including the directive to correct people if they deadname Page.

Someone else pointed out how easy it is to correctly report on the transition, showing the difference between BuzzFeed’s headline and TMZ’s headline.

For those who aren’t sure how to correctly refer to Page—or how to discuss his transition without inflicting harm—GLAAD also published a list of things to keep in mind when speaking about Page and other transgender individuals.

While Page did note his fears and worries in his announcement, he also addressed his relief, writing, “I can’t begin to express how remarkable it feels to finally love who I am enough to pursue my authentic self.”