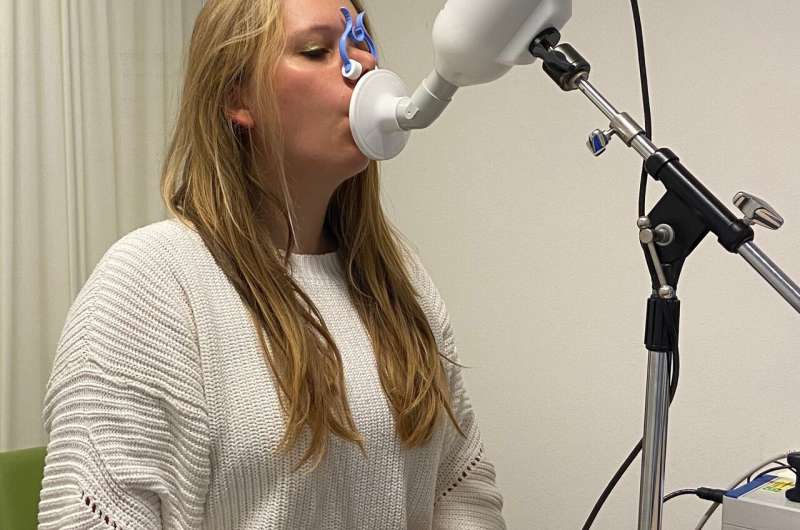 An electronic “nose” is capable of detecting with 86% accuracy when a lung transplant is beginning to fail, according to research presented at the ‘virtual’ European Respiratory Society International Congress today.

Ms Nynke Wijbenga, a Ph.D. student and technical physician at Erasmus University Medical Center, Rotterdam, The Netherlands, told the congress that the finding could enable doctors to spot at an early stage when a lung transplant is failing, known as chronic allograft dysfunction (CLAD), so that they could provide treatments to prevent it getting worse. However, more research needs to be carried out before the eNose could be used in the clinic for this purpose.

“Once chronic rejection has been confirmed, patients can on average survive for between one and five years. A re-transplantation could be a last resort for specific patients with advanced chronic rejection. Therefore, it is of utmost importance to assess if we can predict or diagnose lung transplant dysfunction at an early stage, possibly enabling more successful early treatment.”

At present, it can take several months to diagnose CLAD. Doctors test lung function at each visit and measure it against the best peak lung function achieved after the transplant. If it drops to 80% or lower, then they investigate further to exclude causes that might respond to treatment, such as lung infection that could be treated with antibiotics. Chronic rejection can only be confirmed after these investigations and if the decline in lung function persists for three months.

The eNose is a small device that contains sensors to detect chemicals called volatile organic compounds (VOCs), which are present in about one percent of our exhaled breath and can vary depending on metabolic processes that occur in the whole body or in parts of it, such as the lungs. When patients breathe out into the eNose, the sensors not only detect the pattern of VOCs in the breath, but also correct the results to take account of the ambient air that has been inhaled. The results are analysed using machine learning algorithms (artificial intelligence) and the “breathprint” can be used to identify several lung diseases.

Ms Wijbenga and her colleagues recruited 91 lung transplant patients, who were visiting Erasmus MC for outpatient appointments, to their study between July and November 2020. They took one eNose measurement from each patient and then compared their results with diagnoses that the patients’ consultants had already made.

“These results suggest that the eNose is a promising tool for detection of CLAD,” said Ms Wijbenga. “However, more research is required before it can be used in the clinic. We need to assess whether repeated measurements in the same patients can provide more accurate diagnoses and even predict CLAD before it occurs. Also, we need to confirm our results in other groups of patients. Nonetheless, we aim to develop this as a technique for wide use across Europe.”

The patients in the study are continuing to provide eNose measurements at each visit to the outpatient clinic so that the researchers can follow their progress.

There are two types of chronic rejection: bronchitis obliterans syndrome (BOS) and restrictive allograft syndrome (RAS). Patients with BOS survive for an average of between three and five years after diagnosis, while those with RAS survive for between one and two years.

“We hope that our further research will reveal whether eNose technology could distinguish between BOS and RAS. Additionally, we want to investigate if it could be used for other complications after lung transplantation, such as acute rejection and infection,” concluded Ms Wijbenga.