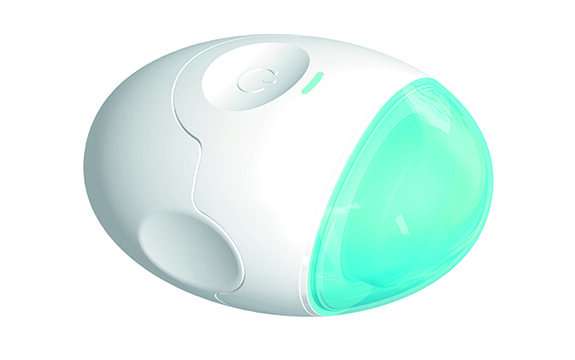 Researchers at Swinburne have created a device that lets users assess and track their own respiratory condition. The device is currently in clinical trials in hospitals in Melbourne, Sydney and the UK.

Developed in partnership with the health technology company, Respiri, the system consists of a mobile app and portable sensor that assesses wheeze, a high-pitched whistling sound on the breath that’s a tell-tale sign of airflow obstruction.

In 2016, asthma attacks triggered by a severe thunderstorm in Melbourne, Australia, resulted in 10 deaths. Eight thousand people were admitted to hospital. Project lead, Professor Bruce Thompson, Dean of Swinburne’s School of Health Sciences, said many hospital presentations could have been prevented by the device.

He added that more than 11,500 lung function tests were performed at the Alfred Hospital in Melbourne each year while he was head scientist there—and even that was not enough.

“We have a pretty good handle on the pathophysiology of many respiratory conditions, and we have good medications that can alter the trajectory of the disease, but the problem lies in-between,” he explained. “We urgently need better tests to assess lung function, detect disease early and prevent disease progression.”

The wheeze sensor works like a stethoscope—contact microphones pick up breath sounds from the lungs at the windpipe. A proprietary algorithm then detects deviations from normal/healthy breathing and gives users a “wheezing rate.” Professor Thompson said that it’s already been shown to be as accurate as what is achieved with a stethoscope.

Approximately 10 percent of Australians are asthma suffers. There is no cure for the long-term condition, but appropriate medications can keep coughing, wheezing and chest tightness under control, preventing asthma attacks. This is particularly important in children, as poorly controlled asthma permanently changes the lungs and can exacerbate respiratory problems as an adult.

Yet, only one in 10 asthma patients have well-controlled asthma, Professor Thompson noted. Most patients don’t take the required type or dose of medication. Exacerbations can be life-threatening and are known to increase the chances of having future asthma attacks.

The app also works as a daily monitoring tool that helps patients self-manage their asthma, and helps physicians determine medication doses. The app can detect whether a patient is at high risk of an attack and provide advice by combining wheeze information with a number of factors, including: activity data collected by a smartphone; a simple asthma control survey; a smart inhaler, which records when medication is taken; and warnings from the Bureau of Meteorology.