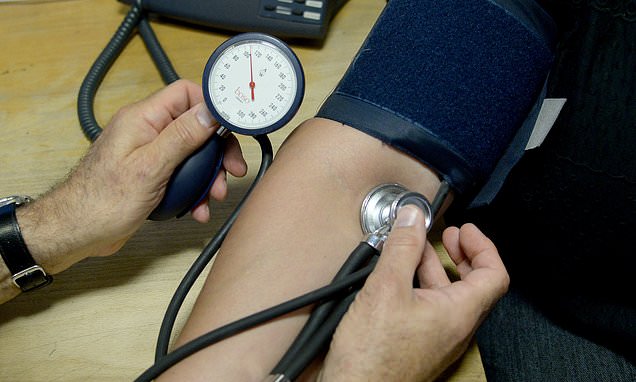 How can I cope with low blood pressure? DR MARTIN SCURR answers your health questions

Question: I’ve been told the reason I get out of breath or collapse when I walk too far or stand for too long is low blood pressure, and that there is no medication for it. How should I cope?

Answer: A fall in blood pressure after standing or changing position — known as orthostatic hypotension — is a common problem in older people, affecting as many as 20 per cent of those over 65.

But only around 2 per cent of those affected suffer serious symptoms, and it seems that you are one of those.

When we stand up, blood pools in leg veins, reducing the flow to the heart and causing a drop in blood pressure. 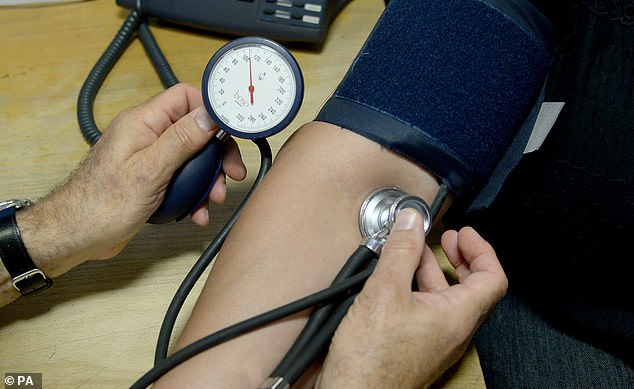 Usually this is spotted by baroreceptors, in the arteries of the neck. These sensors trigger an increase in the resistance of arteries, thanks to a change in the tension of the artery walls. This limits the fall in blood pressure.

However, in people with orthostatic hypotension these reflexes are impaired — often due to ageing — and so blood pressure remains lowered, leading to dizziness and fainting after standing up.

Apart from ageing, there are some conditions which can cause orthostatic hypotension, including Parkinson’s, diabetes, Lyme disease and vitamin B12 deficiency, which impede the nervous system.

Several antidepressants, some high blood pressure drugs, beta blockers, diuretics, and some sedatives and painkillers can also cause it.

After five years of recurrent episodes it is vital for you to minimise their frequency. The solution lies in understanding the factors that contribute to the problem. You can prevent low blood pressure after eating by avoiding large meals, keeping to a low-carbohydrate diet and avoiding alcohol.

Drink plenty of water at mealtimes, as this will push up the volume of the blood, and have a full glass of water before getting out of bed.

Walking for 30 minutes three times a week will eventually improve the baroreceptor reflexes, and wearing professionally fitted full-length elastic compression stockings during the day will minimise blood pooling in the legs.

Question: I had a TURP operation which left my ejaculation retrograde. Is it possible to have this issue reversed? The prostate is located below a man’s bladder. It secretes the fluid which, together with sperm from the testes, makes up semen (file image)

The prostate is located below a man’s bladder. It secretes the fluid which, together with sperm from the testes, makes up semen.

It surrounds the urethra — which carries urine — where it exits the bladder. This explains the symptoms of an enlarged prostate, such as urinating more often, difficulty starting a stream, interrupted or poor stream, and dribbling at the end of urination.

Replies should be taken in a general context and always consult a GP with any health worries.

Drugs such as tamsulosin, which relaxes prostate and bladder muscles, can help. Surgery under anaesthetic is an option if this is ineffective.

During TURP, a fine tubular instrument is inserted via the urethra to remove the bulk of the prostate, piece by piece.

Retrograde ejaculation affects up to 70 per cent of patients afterwards. Semen, rather than being ejaculated out, passes backwards into the bladder due to anatomical changes caused by the surgery, and is removed via urination.

Less common side effects are erectile dysfunction, infection, and bleeding, which can usually be resolved. But there is no possibility of reversing retrograde ejaculation.

In my view… Just forget bribing doctors to be GPs

The plan to pay a £20,000 incentive to encourage young doctors to enter general practice is doomed to fail. It is but a sticking plaster on the manpower crisis.

Our leaders at Westminster fail to understand that the current independent contractor model — in which each GP surgery is a small business, as has been the case since the birth of the NHS in 1948 — is broken.

Today’s doctors no longer want to shoulder the task of business ownership, with its stresses of owning property, employing staff, and inspections.

Their preference is for salaried employment, perhaps along similar contractual lines to consultant colleagues in hospitals.

This would give them the freedom to practise the best medicine for their patients, keep up-to-date, fulfil their annual appraisals, and avoid the burdens of administration.

Yet the NHS chief executive claims the agreement between the British Medical Association trade union and NHS England to allocate these funds is a triumph.

I doubt it. Stuffing the mouths of doctors with gold will not work.

Is there really no one with the ability to think outside the box and create a new system? We need one in which the new wave of GPs can both practise medicine and have a work-life balance.

Reduce the burden of bureaucracy and stop forcing GPs to be business people, and students will be banging on the doors to go into general practice again — without any need for a golden handshake.