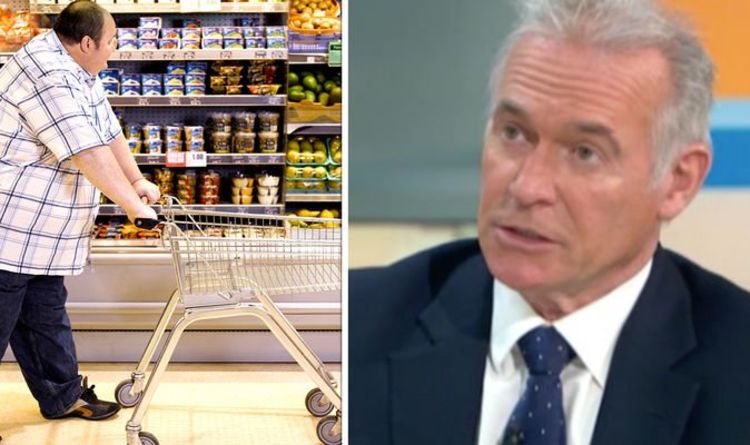 “When you look at the huge quantities of sugar, salt, and saturated fat that’s being consumed, it is contributing to the patients that we’re seeing in hospital on a daily basis,” Dr Hilary explained. The death rate from heart disease and stroke is “overwhelming – it’s crippling the NHS”, the doctor stated. A landmark report, commissioned by the Government in 2019 for its post-Brexit food strategy, recommended a “sugar and salt reformation tax”.

Created by food entrepreneur Henry Dimbleby, the money gained by the tax is proposed to expand free school meals and improve the diet of the nation.

The report highlighted that a poor diet contributes to 64,000 deaths every year, costing the economy an estimated £74 billion.

The comprehensive review suggested a £3 per kg on sugar, and a £6 per kg on salt – paid for by the food manufacturers.

Dr Hilary explained that salt draws water into the blood circulation, causing blood pressure to increase and the heart to work harder.

“Down the years, when people are addicted to the powerful taste of salt, it produces heart disease,” Dr Hilary pointed out.

The obesity rate in children is said to be “terrible”, as obese children turn into obese adults with health issues, causing extra pressure on the NHS.

“If we do nothing now, we would have and even worse crisis down the line,” said Dr Hilary.

In a later segment on ITV’s Good Morning Britain, Dr Amir added that “obesity played a massive part in this pandemic”.

The health risks of obesity

The NHS stated that one in four adults in the UK are considered obese.

Obesity can lead to “potentially life-threatening conditions”, such as:

“Obesity can also affect your quality of life and lead to psychological problems, such as depression and low self-esteem,” added the national health body.

“Obesity is generally caused by consuming more calories, particularly those in fatty and sugary foods, than you burn off through physical activity,” the NHS explained.

Weight loss can be achieved by eating a healthy, reduced-calorie diet and by exercising regularly.

People hoping to lose weight are encouraged to take up activities such as brisk walking, jogging, swimming or tennis.

In order to shift the pounds, you’ll need to move for around 150 to 300 minutes per week (i.e. two-and-a-half to five hours per week).

“Eat slowly and avoid situations where you know you could be tempted to overeat,” the NHS advised.

The medicine works by reducing the amount of fat you absorb during digestion.

In some cases, weight loss surgery might be suggested by your doctor.

Other health issues caused by obesity include: