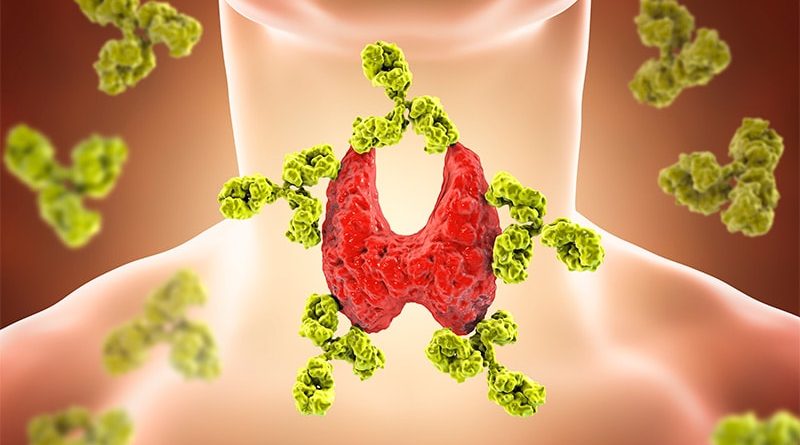 Boston dietitian Katarina Mollo, MEd, RDN, LDN, has virtually no memory of life without celiac disease (CD). Diagnosed at age 4, Mollo has been on a gluten-free diet for 41 years, which she says has kept her healthy and may also be why she hasn’t developed other autoimmune diseases. It’s also played a part in her thinking about screening patients with CD.

“I think [physicians] should definitely be screening people with celiac disease for autoimmune disorders, especially if they see things like anemia or if a child has dropped on the growth chart and has nutrient deficiencies,” said Mollo, whose daughter also has the disease. “I would recommend that they see someone who specializes in celiac disease so they can get monitored and have regular follow-up checks for nutrient deficiencies and other autoimmune disorders.”

Mollo’s views on screening are echoed by many CD specialists and physicians, who cite multiple studies that have found that people with the disease face higher risks for diabetes, thyroid conditions, arthritis, and other autoimmune disorders.

Gastroenterologist Alessio Fasano, MD, with Massachusetts General Hospital, said there has been a “shift in the paradigm in thinking” about cross-screening for CD and autoimmune disorders. As result, he believes the answer to the question of whether to routinely do so is a no-brainer.

“The bottom line is, if you have CD, it [should be] routine that during your annual follow-ups you check for the possibility of the onset of other autoimmune disease. And people with other autoimmune diseases, like type 1 diabetes, should also be screened for CD because of the comorbidity,” said Fasano, professor of pediatrics and gastroenterology at Harvard Medical School and professor of nutrition at the Harvard T. H. Chan School of Public Health. “This is what we call good clinical practice.”

Screening, Despite Lack of Consensus Guidelines

Other CD specialists differ on the need for universal cross-screening but agree that, at least in some cases, people with one autoimmune disorder should be tested for others.

Jolanda Denham, MD, a pediatric gastroenterologist affiliated with Nemours Children’s Hospital in Florida, routinely recommends that her patients with CD be screened for certain autoimmune disorders — such as type 1 diabetes and autoimmune thyroid and liver diseases — even though medical organizations have not developed clear consensus or standard guidelines on cross-screening.

“There currently is no evidence to support the screening of celiac patients for all autoimmune and rheumatologic disorders,” she said. “It is true that celiac disease is an autoimmune disorder, and as such, there is a definite increased risk of these disorders in patients with celiac disease and vice versa.”

Echoing Denham, New York gastroenterologist Benjamin Lebwohl, MD, president of the Society for the Study of Celiac Disease, urges physicians to look beyond consensus guidelines and to err on the side of caution and make the best decisions for their patients on a case-by-case basis.

“Given the increased risk of certain autoimmune conditions in people with celiac disease, it behooves physicians to have a low threshold to evaluate for these conditions if any suggestive symptoms are present,” said Lebwohl, director of clinical research at the Celiac Disease Center at Columbia University.

“Whether to screen for these conditions among people who are entirely without symptoms is less certain, and there is no consensus on that. But it is reasonable and common to include some basic tests with annual blood work, such as thyroid function and a liver profile, since both autoimmune thyroid disease and autoimmune liver disease can be silent early on and the patient would potentially benefit from identification and treatment of these conditions,” he said.

The American Diabetes Association and the International Society of Pediatric and Adolescent Diabetes do recommend that people with diabetes be screened for CD years after diagnosis, noted Robert Rapaport, MD, a pediatric endocrinologist, with Kravis Children’s Hospital. But in a study published last year, he and colleagues found that this wasn’t occurring. which prompted them to recommend yearly screening.

“There is a consensus that in children with type 1 diabetes, we screen them for other autoimmune disorders, specifically for thyroid disease and celiac disease,” said Rapaport, Emma Elizabeth Sullivan Professor of Pediatric Endocrinology and Diabetes at Icahn School of Medicine at Mount Sinai. “But there is no consensus going the other way — for patients with celiac disease, what other autoimmune conditions they should be screened for.”

This hasn’t kept some doctors from extending cross-screening efforts to their patients.

“At our center, we screen…for thyroid disease and autoimmune liver disease as part of routine healthcare maintenance for our celiac disease patients. We discuss symptoms of diabetes and send screening with HbA1c for anyone who has symptoms,” said Lui Edwin, MD, a pediatric gastroenterologist with Children’s Hospital Colorado and director of the Colorado Center for Celiac Disease, who delivered a lecture on CD-autoimmune screening at the International Celiac Disease Symposium in October.

“It is definitely worth screening for celiac disease in [those with] other autoimmune disorders,” Edwin added.

“The symptoms can be very heterogeneous. Diagnosing and treating celiac disease can make a huge impact with respect to symptoms, quality of life, and preventing disease-related complications,” he said. 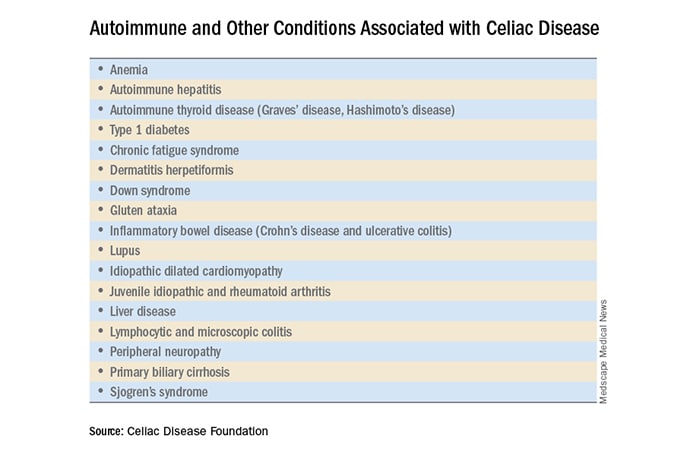 In light of these coexisting conditions in many people with CD and other autoimmune disorders, as well as the fact that the prevalence of CD is on the rise, some specialists argue that the benefits of routine cross-screening outweigh the risks.

In a landmark 2012 study, researchers with the Celiac Disease Center at Columbia University stopped short of recommending routine screening for the general public or asymptomatic individuals in high-prevalence groups. But they concluded that more screening of symptomatic individuals — and close relatives — would speed treatment for those with more than one autoimmune disorder.

They also noted that some studies have found that a gluten-free diet might help prevent the development of other autoimmune disorders.

Marisa Gallant Stahl, MD, a gastroenterologist with Children’s Hospital Colorado, agrees that it is important that physicians keep gluten-free diets in mind when determining which patients to cross-screen.

She also noted that a gluten-free diet may help people with CD manage other autoimmune disorders, which can be complicated by CD.

“Good control of celiac disease will help prevent complications that can worsen symptoms and outcomes of concomitant autoimmune and rheumatologic disorders,” she said.

Other Factors to Consider

Massachusetts General Hospital’s Fasano added that autoimmune disorders can be complicated by CD in cases in which oral medications or healthful foods are not properly absorbed in the intestines.

“For example, with Hashimoto’s disease, if you have hormone replacement with oral treatments and your intestines are not 100% functional because you have inflammation, then you may have a problem [with] the absorption of medications like levothyroxine,” he said.

“It’s the same story with diabetes. You don’t take insulin by mouth, but glucose [control] strongly depends on several factors, mostly what comes from the diet, and if it’s erratic, that can be a problem…. So, the treatment of autoimmune diseases can be influenced by celiac disease,” he said.

In addition, Fasano and other physicians who were interviewed for this article believe that people with CD and other autoimmune disorders should be managed by a team of experts who can personalize the care on the basis of specific needs of the individual patient. These should include specialists, dietitians, mental health counselors, and family social workers.

“It has to be a multidisciplinary approach to maintain the good health of an individual,” Fasano said. “Celiac disease is the quintessential example in which the primary care physician needs to be the quarterback of the team, the patient is active in his or her health, and [specialists] not only deliver personalized care but also preventive intervention, particularly the prevention of comorbidities.”