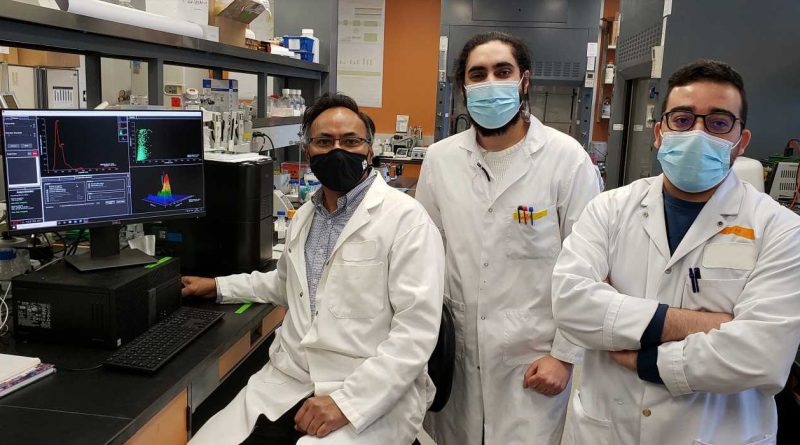 The diagnosis of Alzheimer’s disease is usually based on a series of psychometric tests assessing cognitive function, brain imaging and cerebrospinal fluid analysis. Yet, these tests have their limitations. “The lumbar puncture is invasive, while brain imaging is expensive and not 100% reliable. This complicates regular follow-up,” says Professor Ramassamy.

Moreover, people with the disease are often being diagnosed at a late stage of the disease. “We need to find more and more early markers so we can act as soon as possible. When the disease is symptomatic, there is little, if any, way back,” he explains.

The research team took up this challenge by discovering two markers, detectable through a blood test, enabling them to follow the progression of the disease. These markers are found in plasma extracellular vesicles, pockets that are released by all cells in the body and circulate in the bloodstream.

The variation of markers

The team focused specifically on the “sporadic” Alzheimer’s disease, the most common type of the disease. It stems mainly from the presence of the APOE4 susceptibility gene, the E4 variant of the gene coding for apolipoprotein. Patients with this gene who developed the disease five years later had markers present that varied with the progression of the disease.