Dementia is an umbrella term for a cluster of symptoms associated with brain damage that mainly affects people over the age of 65, although it is not a natural part of ageing.

The condition disrupts the brain’s cognitive functions, causing symptoms such as memory loss and a decline in mental sharpness.

There’s no certain way to prevent dementia but groundbreaking research is shedding a light on lifestyle interventions that may reduce your risk.

Adding to the existing body of literature linking a healthy diet to dementia risk, research conducted by the University of Exeter found that drinking concentrated blueberry juice improves brain function in older people.

The finding is in line with previous research, which has shown that the risk of dementia is reduced by higher fruit and vegetable intake, and cognitive function is better preserved in healthy older adults with a diet rich in plant-based foods.

In the study, healthy people aged 65 to 77 who drank concentrated blueberry juice every day showed improvements in cognitive function, blood flow to the brain and activation of the brain while carrying out cognitive tests. 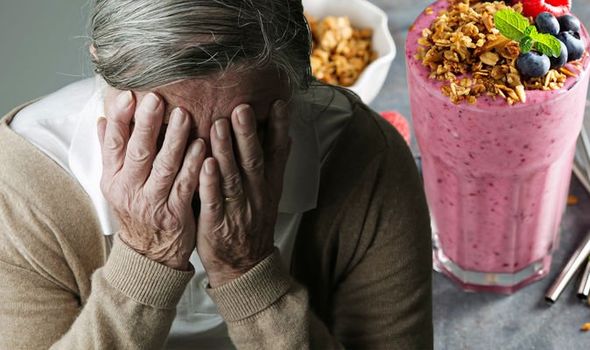 Blueberries are rich in flavonoids, a plant compound possessing antioxidant and anti-inflammatory properties.

Antioxidants are substances that thought to counter “oxidative stress”, a chemical imbalance in the body that is believed to play a role in the development of Alzheimer’s disease.

Alzheimer’s disease is a neurological brain condition that is the most common form of dementia.

To gather the findings, 26 healthy adults were divided into two groups: Twelve were given concentrated blueberry juice – providing the equivalent of 230g of blueberries – once a day, while 14 received a placebo.

Before and after the 12-week period, participants took a range of cognitive tests while an MRI scanner monitored their brain function and resting brain blood flow was measured.

Compared to the placebo group, those who took the blueberry supplement showed significant increases in brain activity in brain areas related to the tests.

Commenting on the findings, Dr Joanna Bowtell, head of Sport and Health Sciences at the University of Exeter, said: “Our cognitive function tends to decline as we get older, but previous research has shown that cognitive function is better preserved in healthy older adults with a diet rich in plant-based foods.

“In this study we have shown that with just 12 weeks of consuming 30ml of concentrated blueberry juice every day, brain blood flow, brain activation and some aspects of working memory were improved in this group of healthy older adults.” 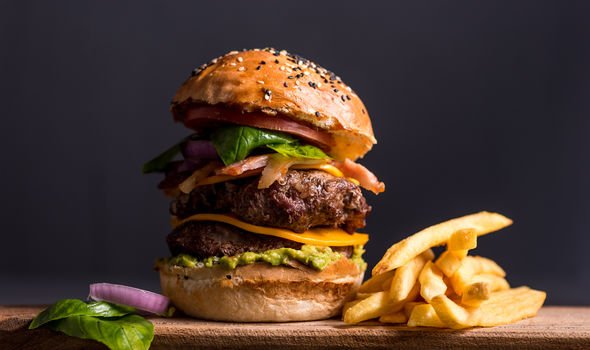 It is generally believed that what is good for the heart is good for the brain so it advisable to cut back on foods that trigger cardiovascular complications, such as those high in saturated fat, salt and sugar, and low in fibre, says the NHS.

Eating unhealthy foods can also lead to obesity, which can hike your blood pressure and increase your risk of type 2 diabetes, both of which are linked to a higher risk of Alzheimer’s disease and vascular dementia, warns the health body.

Further supporting the link between heart health and a lowered risk of dementia, exercising regularly may offer some protection against the brain condition.

Research published in the Journal of Alzheimer’s Disease found that aerobic exercise may help slow shrinkage in the hippocampus, the part of the brain that deals with memory. 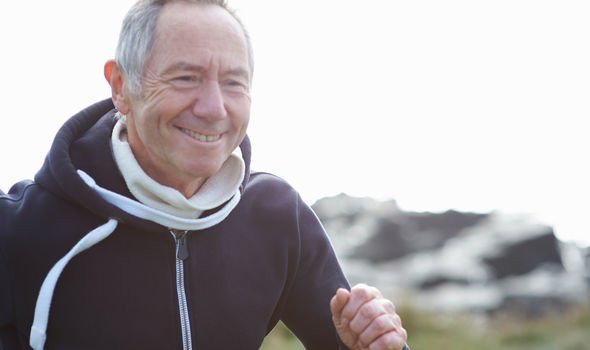 The study was a small proof-of-concept trial of people ages 55 and older with mild cognitive impairment (MCI).

Mild cognitive impairment (MCI) is the stage between the expected cognitive decline of normal ageing and the more serious decline of dementia.

Although both groups preserved their cognitive abilities for memory and problem solving, brain imaging showed people from the exercise group with amyloid buildup lost slightly less volume in the hippocampus — a brain region that deteriorates as dementia progresses.

Amyloid is a naturally occurring protein that clumps together to form plaques that collect between neurons and disrupt cell function in a brain damaged by Alzheimer’s.