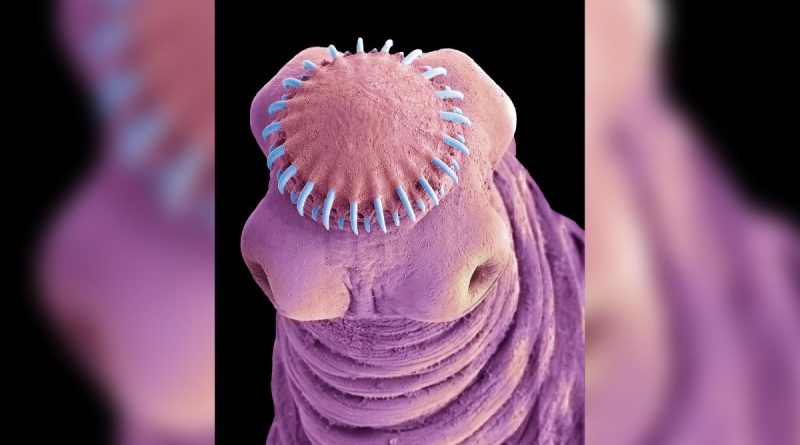 A 38-year-old man in Boston went to the hospital with unexplained seizures. It turned out he had been living with a dead tapeworm in his brain for years, according to a new case report.

The man’s wife called the police after her husband fell out of bed, started shaking and “speaking gibberish” in the middle of the night. When help arrived, the man was “combative” and “disoriented,” and he resisted getting into an ambulance, according to the report.

When he arrived at Massachusetts General Hospital in Boston, he had another unexplained seizure. It wasn’t immediately clear what was causing the seizures, as he had no previous history of them, or of any related disorders.

Doctors at the hospital gave the man medication to control his seizures and conducted various tests. Brain scans revealed swelling and three lesions in his brain — both of which are typical of a parasitic infection known as neurocysticercosis, which can cause seizures and headaches and sometimes lead to death.

People get infected with the parasite from ingesting the eggs of pork tapeworms (Taenia solium) in undercooked or infected pork. Those eggs can then hatch in the body, become larvae and travel around the body, including to the brain where they form cysts. An infected person can spread the tapeworm if they don’t wash their hands properly after going to the bathroom; if that person were to contaminate food or surfaces with their hands, others could then catch the parasitic infection, according to the Centers for Disease Control and Prevention (CDC).

Pork tapeworm infections are most common in rural areas of developing countries where pigs roam freely and eat human feces, according to the CDC. But about 1,000 people are hospitalized for neurocysticercosis in the U.S. each year, most of whom have been to other countries where these tapeworms are more common.

—Forget me not: History’s 17 most bizarre amnesia cases

—The deadliest viruses in history

Around 20 years ago, the patient in the case report moved to Boston from a rural area of Guatemala, where the infection is prevalent, according to the report.

“This gentleman was a little atypical, but not amazingly rare, in that his parasites were dead and calcified and there was no living parasite in his brain for one or two decades,” study co-author Dr. Edward Ryan, the director of global infectious diseases at Massachusetts General Hospital, told The Washington Post. “The infection was long gone, but part of his brain was scarred — and that scarred area was leading to the seizures.”

The parasites typically die in the body within five to 10 years, but they can continue to cause inflammation, leading to headaches, soreness and seizures, according to the Post.

The doctors treated the man with antiparasitic and anti-inflammatory drugs, and he was released from the hospital five days later, according to the study. The doctors followed up with the patient for the next three years, and the largest lesion in his brain has gone down, according to the Post. “He seems to be doing fine,” Ryan told the Post. “The good news is he continues to do well and be seizure-free.”

The findings were published Nov. 11 in The New England Journal of Medicine.