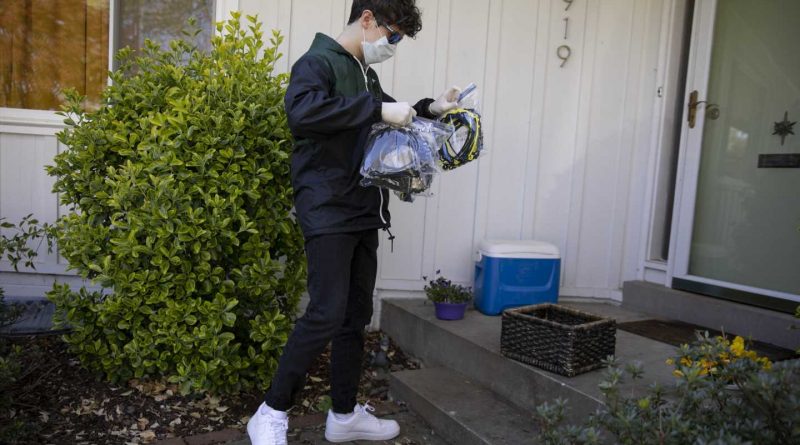 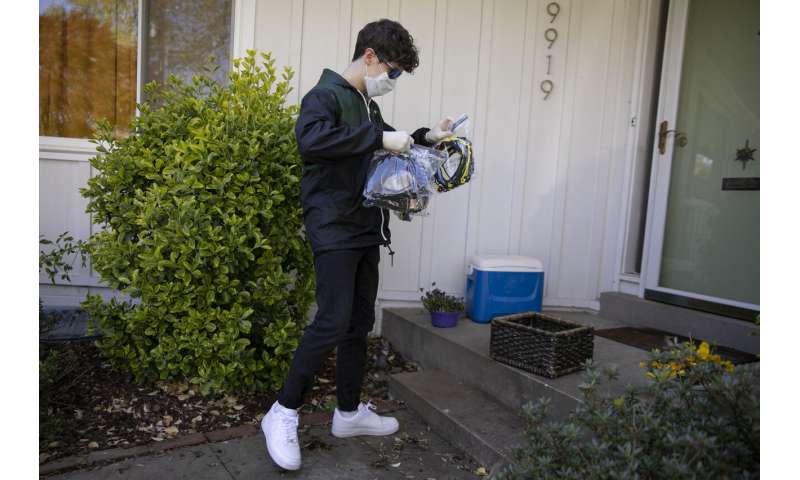 It started in late March with a self-professed high school “news junkie” and a lone 3D printer.

Georgetown Day School senior Jonah Docter-Loeb was transfixed by television footage of the “suffering on such a large scale” caused by the coronavirus pandemic.

After learning that supplies of protective medical gear were being depleted, Docter-Loeb sought a way to help. He tapped into the online community of “makers”—3D printer enthusiasts—and found an open-source design for a welder’s mask-style face shield he could print at home.

Things moved quickly from there.

In less than a month, that idea has mushroomed into Print to Protect, a network of around 100 3D printers, most in individual homes, producing face shields for distribution to Washington area hospitals. The group says it has printed 3,000 shields so far with a goal of completing 10,000 in April.

“For a lot of us, it can be overwhelming what’s happening,” said Emily Scarrow, a junior at the private school and part of a collective of students running the project. She said working on the campaign helped her deal with the feelings of “helplessness and isolation” of the ongoing stay-at-home orders. 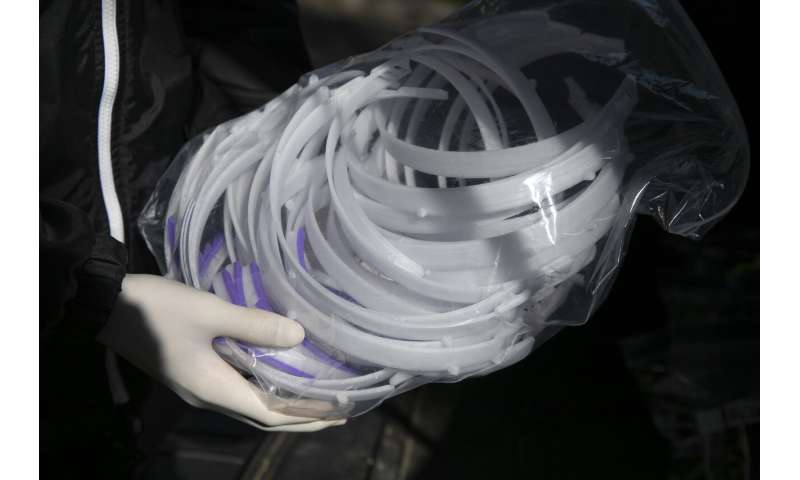 The supplies are much needed as Washington and the larger capital region of southern Maryland and northern Virginia braces for a looming surge.

Twice a week, volunteer drivers such as William Olsen gather up the printed materials from people’s homes. To maintain social distancing and reduce personal interactions, residents leave the newly printed parts in a sealed bag or box on their porches.

“I have a car and I have a bunch of free time. I’m privileged and this is the least I can do,” said Olsen, a Georgetown Day junior who is thinking of studying medicine.

The parts are delivered to Eaton DC, a communal workspace downtown that’s serving as a distribution hub. There, more volunteers assemble the two basic components—a plastic headband and a clear sheet of flexible plastic that hangs in front of the face. 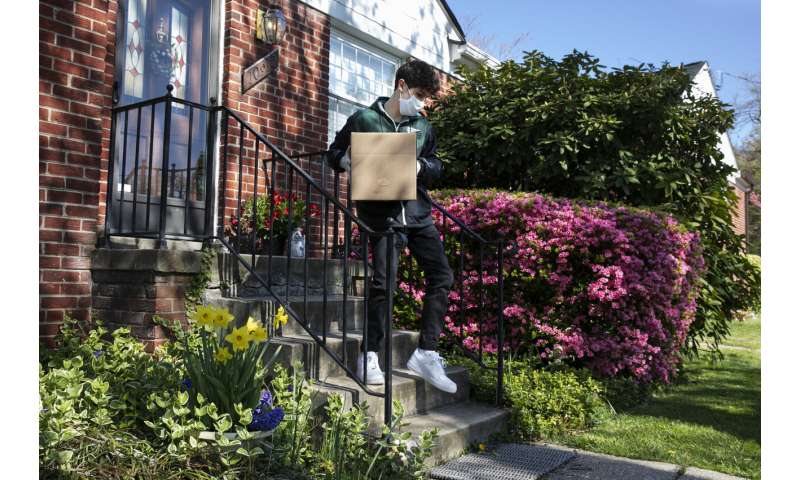 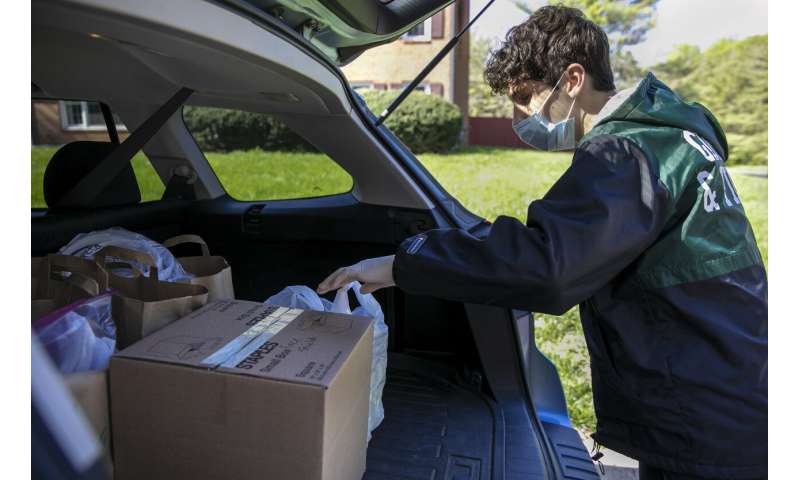 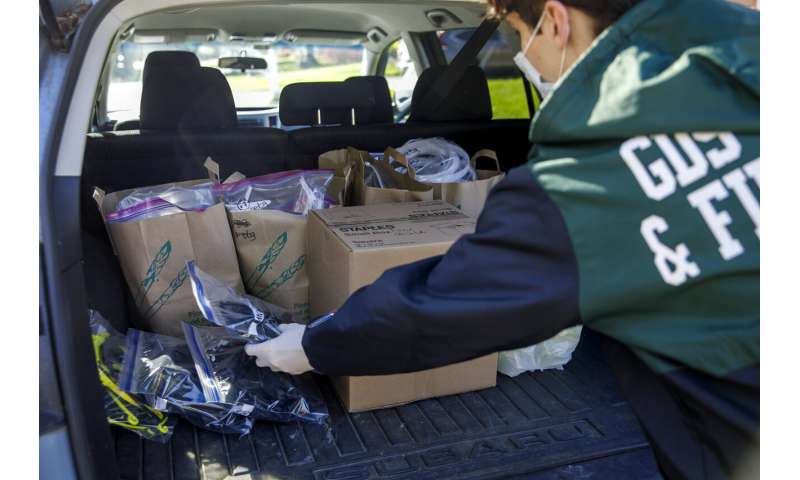 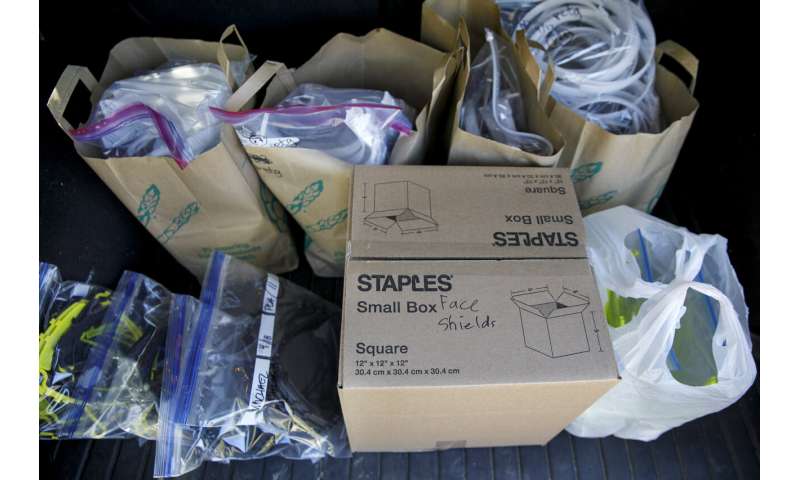 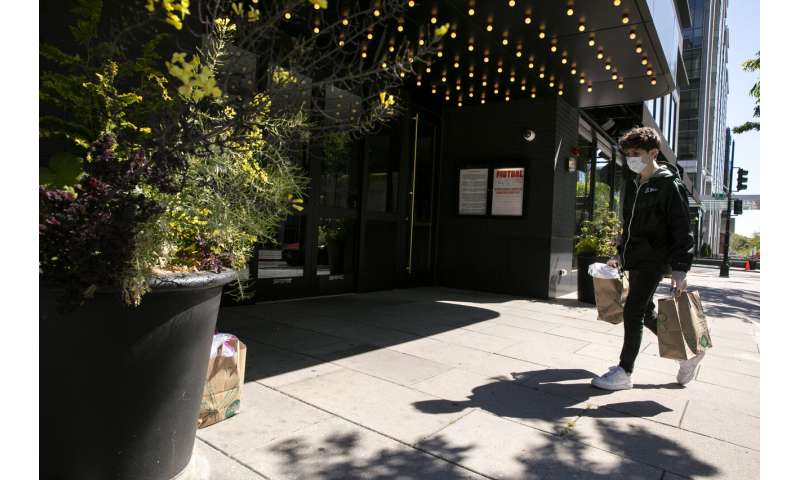 The Print to Protect campaign is just part of a larger effort working in independent pockets among the area’s “maker” community.

When Rob Ryan-Silva’s employer, U.S. Agency for International Development contractor DAI, sent everyone home, he carried out a pair of 3D printers.

“A little to my wife’s chagrin, they’re in our guest bedroom and I’m running a little factory out of there,” he said.

One of them is the standard home-style printer “about the size of a microwave on its side” that he uses to print face shields. The other is a larger and most sophisticated machine that he’s used to fill a specific request from Washington’s fire department: a special nozzle that would enable ambulance crews to swap filters on the breathing-aid machine in the their ambulances.

The items he produces are collected and distributed by a similar maker-collective organized by Nova Labs in Reston, Virginia. The face shields take about four hours each to print. He estimates he’s made 50 face shields and 80 nozzles.