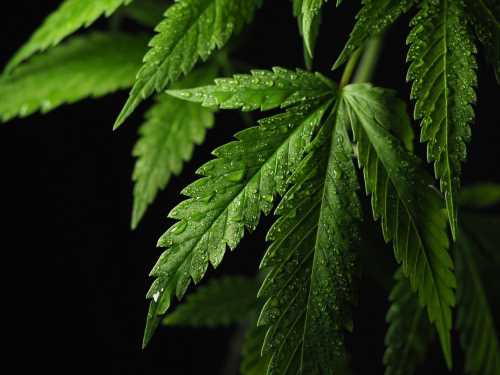 According to the United Nations Office on Drugs and Crime, cannabis is the most frequently used illicit drug in the world. While cannabis is being increasingly used as a recreational drug, in addition to its medical use for the treatment of chronic pain, there is little evidence of its safety.

Some data indicate that neurocognitive functioning is adversely impacted by cannabis use, with anatomical deterioration supporting these observations. The risks are increased with the earlier age of onset.

As with any other drug, these risks should be considered alongside benefits prior to a decision on cannabis use.” 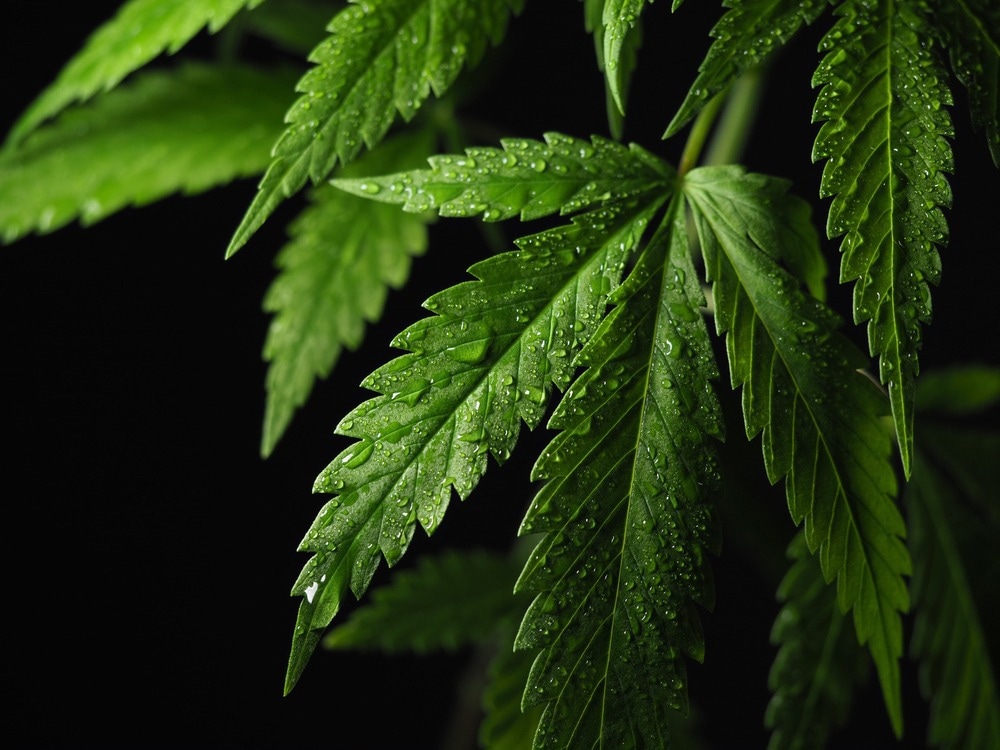 Cannabis sativa is the source of cannabis and its derivatives. Known by several names, such as marijuana for dried flower buds and hashish for plant resin blocks, cannabis contains multiple bioactive compounds like flavonoids, cannabinol, and cannabinoids.

Some of the most notable cannabinoids founds within cannabis include the potent psychoactive compound delta-9-tetrahydrocannabinol (THC) and anti-inflammatory cannabidiol (CBD). Both of these active ingredients act on the cannabinoid receptor 1 (CB1), with THC a partial agonist and CBD a negative allosteric modulator.

CB1 receptors are most concentrated in the central nervous system (CNS). These receptors are neurochemically similar to opioid receptors, thus influencing nociceptive pathways in the brain.

In addition, CB1 and CB2 receptors may increase dopamine release while reducing the release of acetylcholine and norepinephrine.

Now that many American states have legalized cannabis, the already high rate of cannabis usage is increasing from ages as young as 16 years. Moreover, medical cannabis is becoming more common, with 40% of cancer patients using cannabis for pain management when available legally, as in Canada, Germany, and Israel.

Cannabis-based medicines (CBMs) such as dronabinol and nabiximols are also being made available. These are being used in capsule form (dronabinol) or as an oromucosal spray (nabiximols), as well as oral or inhaled solutions of generic THC. Medical cannabis is also being used instead of standard therapy for conditions like refractory epilepsy, schizophrenia, or multiple sclerosis.

All of this is taking place in the context of limited evidence that cannabis is safe. Furthermore, studies are limited by a reliance on a single source of cannabis from federal stocks, recall bias, small sample sizes, and poor external validity.

What did the study show?

An earlier Cochrane review in 2017 reports that most studies were of low to moderate quality. The use of medical cannabis could increase the proportion of people who were able to reduce their pain to half the existing level or less.

However, the global impression of any change in pain management was very low among patients, with adverse effects of cannabis use accounting for multiple withdrawals from studies on medical cannabis.

Though the frequency of serious adverse events was not found to be increased with medical cannabis as compared to placebo, the former appeared to impact the nervous system, with a higher risk of psychiatric disorders. Long-term risks have been poorly assessed. Furthermore, some authors have concluded that the cost-benefit ratio of medical cannabis is unfavorable.

Among cancer patients with chronic pain, who make up 70% of patients with advanced malignancy, opioids are a first-line treatment endorsed by the World Health Organization (WHO). While high-quality studies comparing opioids and THC are lacking, it appears that nabiximols at low to medium doses provides better pain relief than placebo with adequate tolerability.

High THC doses cause sedation, whereas the THC/CBD combination provides superior analgesia as compared to either THC or placebo. In fact, this combination was maintained without the need for higher opioid medication for up to two years, while in some cases opioid dosages were reduced by 50% in patients.

Adverse effects on the CNS and gut were more frequent with oromucosal nabiximols and THC. Thus, there is an urgent need for more research to determine the optimum dosage and modes of administration.

Cannabis users tend to show defects in executive function, with poorer memory and attention than non-users. This appears to be dose-dependent and affects cognition, reward, and motivation.

Young adults with cannabis use disorder (CUD) could have cognitive impairments due to disorders of the emotional domain. This reduces normal cognitive control and decision-making capacity in emotionally strenuous situations.

Studies of brain electrical activity suggest that cannabis users have increased cortical activation at rest, perhaps because the normal inhibition of unnecessary processes that create background noise and reduce brain efficiency is impaired by cannabis.

Acute cannabis use affects working, verbal and visual memory, as well as episodic memory and attention, with higher impulsivity. In fact, small changes are detectable within a week of heavy cannabis use.

Tests of memory and learning consistently produce poorer results among cannabis users. However, these cognitive tests must account for the family background and other individual factors.

Chronic use of cannabis tends to impair memory, in addition to inducing significant brain dysfunction that affects visual-motor pathways. If chronic users who abstained for an average of 15 hours are compared with chronic tobacco users, the former were shown to have worse learning and recall memory, with more interference and greater forgetfulness. Reaction times were also longer among chronic cannabis users, particularly when sustained attention was required.

Interestingly, as compared to heavy use, cannabis use for three or fewer days a week was found to improve all-round health, with better appetite and depression that was comparable to those who quit cannabis altogether. Even so, improved cognition was associated only with previous cannabis users.

A similar reversion of memory was found with the use of an adenosine A2A receptor (A2AR) antagonist in chronic users, perhaps because it enhanced synaptic plasticity in the hippocampus from its depressed state.

Neuroimaging has shown the occurrence of abnormalities in the volume and gray matter density of the hippocampus among cannabis users. White matter is also implicated, as it is a dense site for CB1 receptors.

The association of poor working memory, a brain function that develops mostly in adolescence, occurs more significantly in frequent adolescent cannabis users as compared to adults. This is reflected in impaired activation of posterior parietal cortical areas and increased activation of other parts of the prefrontal cortex.

The former may indicate a risk factor for cannabis use since it did not show any difference between single- and repeated-use cases. Conversely, cannabis users exhibit neurological changes that indicate an adaptive process, wherein they use relatively inefficient strategies to achieve comparable results as non-users.

Cannabis may reduce the aesthetic pleasure of listening to music through reward pathways in the brain. This was compensated for by adding CBD to the drug.

Cannabis use prior to the onset of schizophrenia is associated with atrophy of neural gray cells, but not in patients with either schizophrenia or bipolar disorder who were using the drug after their diagnosis. There is some evidence that adolescent cannabis use can prevent or improve neural impairment in psychotic patients; however, this must be further studied.

Patients with throat cancer are more likely to use cannabis, but not those with other head and neck cancers. These patients were also more likely to have chemoradiation than surgery alone. Cannabis smoking produces toxins that can produce cancer of the head and neck, as well as immunosuppressants and mutagens.

One earlier study indicated a threefold risk of head and neck cancer with cannabis use, especially in those below 55 years of age. However, this has not been confirmed.

Biological plausibility exists since cannabis upregulates the epidermal growth factor receptor (EGFR) and its downstream elements, which are found at higher levels in most squamous cell cancers of the head and neck.

Cannabis smoking also alters the oral microbiome in the throat and lateral edge of the tongue, which is where most of these cancers occur.

Addiction is described by different models, of which the three-stage model appears to fit CUD. This involves the basal ganglia, which supplies the feeling of intoxication; the amygdala, which drives negative feelings during withdrawal; and the prefrontal cortex, which is responsible for preoccupation with or anticipation of the next dose. Cerebellar CB receptors may also be involved.

About 10% of cannabis ever-users show CUD, with over half of this being attributable to genetic effects. Importantly, the prevalence of CUD increases over time, as more young individuals between the ages of 12 and 17 years begin using cannabis as compared to young adults up to 25 years. This makes it important to recognize risk factors for this condition.

Chronic cannabis use may permanently alter cognition by changing brain processing in pathways like the prefrontal-limbic system network. Abstinence for over one month was not associated with a better response to emotional stimuli in chronic users with dependence.

These results suggest that chronic cannabis use may result in addictive changes that cause persistent modifications in emotional processing.”

This effect appears to be marked by a shift from the reduced coupling of the medial orbitofrontal cortex (mOFC) with the dorsal striatum to improved coupling, which may reflect the beginning of dependence. Moreover, this switch from ventral to dorsal striatal coupling with the prefrontal cortex could explain how voluntary drug intake switches to habitual intake, or dependence, by impaired inhibition of the impulse.

The current review calls for much larger trials with stringent quality standards to produce results with external validity. This research is urgently needed, as recreational and medical cannabis is being legalized in many societies, particularly the United States, where dozens of states have taken such measures.

Thus, it has become imperative to improve current understanding of both the basic science and clinical applications of cannabis.”