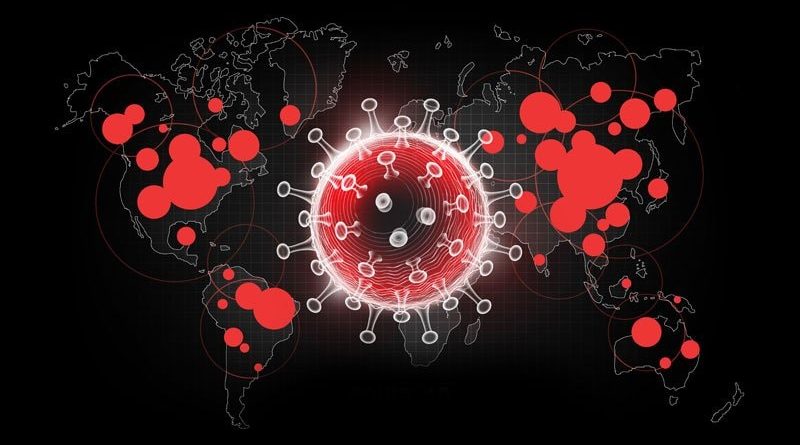 These are the global coronavirus stories you need to know about this week.

India reported 3780 deaths on May 5, the highest daily death toll since the beginning of the pandemic. In the past week, India accounted for 46% of total COVID-19 cases and 1 in 4 COVID-19 deaths worldwide. On May 1, India widened its COVID-19 vaccination programme to include all adults aged 18 and over. However, several states reported not having enough doses to meet demand. India has administered around 160 million doses of COVID-19 vaccines to date, with only 30 million people having received both doses. Meanwhile, eight Asiatic lions at a zoo in Hyderabad have tested positive for COVID-19.

In Belgium, the number of coronavirus patients in ICU continues to drop. 29% of the population has had at least a first dose of a COVID-19 vaccine. Belgian government websites were hit by a cyberattack which had an impact on vaccination appointments. Belgium will take part in the first pilot phase of the European Union’s vaccination certificate to allow travel within the EU this summer.

In Germany, 7-day incidence continues to fall and stands at 132.8 according to the Robert Koch Institute. On Wednesday, 18,034 COVID-19 cases were registered in a day, a decrease of 19% compared to the previous week. In intensive care units the situation seems to be stabilising: On Tuesday, the number of patients cared for was 4955. From next weekend, vaccinated and recovered people could enjoy more freedoms. Meanwhile, the city of Munich has cancelled the Oktoberfest again this year because of the pandemic. The festival used to attract several million visitors from all over the world.

In France, COVID-19 incidence remains high even with a 20% week-on-week drop in cases, which are likely to fall below 20,000 per day soon. In addition to the opening of vaccination to 4.5 million people aged 18-49 with comorbidities, French health authorities now recommend the implementation of a “cocooning” strategy to indirectly protect the most vulnerable, particularly immunocompromised people, by vaccinating those around them.

In Italy, the number of new cases and hospitalised patients continues to go down, but the overall picture is still causing concern, especially due to the spread of the UK virus variant B.1.1.7, which is now largely prevalent in Italy. The burden on health services remains high despite admissions to hospitals and ICUs decreasing. Only five regions are still over the 30% threshold of occupancy of intensive care beds. The vaccination campaign reached its goal of delivering 500,000 doses a day and 10% of the general population has completed vaccination.

This week the UK passed the 50 million mark for total coronavirus vaccines delivered, including 15.36 million people now fully vaccinated. Latest member polling for the British Medical Association (BMA) found that more than 1 in 5 overworked and exhausted doctors are considering leaving the NHS. There are reports the Government is planning to extend use of the Pfizer/BioNTech vaccine to 12- to 15-year-olds later this year. An announcement is due this week on a red to green traffic light system of foreign holiday destinations ready for the resumption of overseas travel on 17 May. However, MPs on the All-Party Parliamentary Group (APPG) on coronavirus said ministers should “discourage all international leisure travel” this year to help protect against virus variants.

On Monday, Spain reached the milestone of five million people vaccinated and the target is now to vaccinate 10 million people by early June. Under-60s have started to receive the Pfizer and Moderna vaccines. The Public Health Commission has extended the interval between AstraZeneca doses from 12 to 16 weeks until it decides what to do with under-60s who received one dose of the vaccine before its use was limited to over-60s.

On Sunday, Spain’s state of emergency will come to an end but restrictions may still be imposed by regional governments. The incidence of new cases at 14 days is still above 200 per 100,000 population. Spain is investigating four possible cases of the Indian variant on a ship that arrived at the port of Bilbao on Sunday. The rest of the crew has been isolated.

In Portugal, the restriction on flights from Brazil, South Africa, and India was extended until May 16. Only essential trips are allowed, for specific reasons, such as work or to receive medical treatment. Passengers have to quarantine for 14 days on arrival. All travellers must submit a negative test carried out up to 3 days before their trip, or take a test at the airport and wait for the result. On Saturday, Portugal started the last step of easing restrictions and land borders with Spain have been reopened. However, there are concerns over migrant workers arriving to work on the olive harvest. The national incidence is 64.4 cases per 100,000 population.

As vaccinations rise in the US, new COVID-19 cases are dropping, and  states like Florida and New York are lifting their remaining pandemic restrictions.  More than 106 million Americans have been fully vaccinated against COVID-19, or about 32% of the population.  At the same time, some states, particularly in the South and West – areas with higher hesitancy about the vaccines – are seeing demand sag. The federal government has told states with unused doses to “use it or lose it”. The strategy will reallocate unused doses to states with a higher demand. President Biden announced new measures to increase access to vaccinations, allowing people to call or text for vaccine appointments, and making it easier for people with limited proficiency in English.  He also set a new goal of having 70% of American adults have at least one dose of a vaccine by July 4.  To help achieve that goal, the FDA may expand the authorisation for Pfizer’s mRNA vaccine to adolescents ages 12 to 15 by early next week. The move would help teens get back into classrooms full time by autumn and nudge the US toward herd immunity. However, it also raises ethical questions:  Should teenagers, who are at generally low-risk from the new coronavirus, have access to vaccines while much of the world still goes without?

COVID-19 has caused the deaths of at least 1200 journalists worldwide, and more than half (673) were Latin American, according to the NGO Press Emblem Campaign.

In Mexico, the Ministry of Health reported that cases have decreased 14% and that more than 18 million vaccines have been administered throughout the country. The health minister said that the entire Mexican population will be vaccinated by early 2022. On Friday, the Mexican President said that the US Government will probably send it five million doses of AstraZeneca’s vaccine. Pfizer sent two million doses of its vaccine produced in the United States to Mexico. Vaccination of adults between 50 and 59 years of age will begin in Mexico City. In San Luis Potosi, the presence of variant B.1.617 was confirmed.

Colombia is experiencing its deadliest moment of the pandemic with 75,627 deaths recorded.

Trinidad and Tobago is tightening lockdown restrictions. The government will shut down non-essential business for 3 weeks. The country’s population is more than 1.3 million people and around 42,000 have been vaccinated.

Chile exceeded 26,500 deaths. More than 50% of its population has already received a dose of the available COVID-19 vaccines. The number of cases of infection has stabilised and some parts of the capital have relaxed restrictions. Chile’s borders remain closed and a curfew is in place.

By Tuesday, Brazil recorded 408,829 thousand deaths from COVID-19 and 14,791,434 confirmed cases of infection by the SARS-CoV-2 virus, in addition to thousands of people recovered with some immunity. There has been an average of 2000 deaths a day for the last 48 days. The vaccine shortage continues, including problems reserving stocks for second doses. Vaccination is starting to have an impact on the numbers. A study carried out by the Federal University of Pelotas (UFPel), in Rio Grande do Sul, showed that the proportion of deaths of elderly people aged 80 and over in Brazil dropped by half after the beginning of vaccination against COVID-19. The mortality rate in 2020 was 25% to 30%, and that fell to 13% at the end of April. Vaccination also decreased mortality among health professionals with a drop of 83% in the number of doctors killed by the disease between January and March. First vaccine doses have been administered to 15.26% of the population, and 7.69% received a second dose.

On May 1, Israel reported just 13 new COVID-19 cases within 24 hours, the lowest rate in 14 months thanks to its comprehensive vaccination campaign. Israel’s forces are now COVID-19-free after recording no active cases among its ranks for the first time.

Singapore has tightened its COVID-19 restrictions after concerns that some of the recent infection clusters are being driven by highly transmissible variants, including the B.1.617 Indian variant. Some of the restrictions include limiting group gatherings to not more than five and capping daily visitors per household.

Amidst the ongoing surge of COVID-19 infections in Japan, the number of seriously ill patients  with COVID-19 across the country hit a record 1050 on May 2. The earlier record was 1043 on January 27, before falling below 400 in March. The Government is considering extending the state of emergency in Tokyo, Osaka, Kyoto, and Hyogo beyond May 11.

Australia has banned its citizens in India from returning home. Those defying the order could face 5 year jail terms or large fines. Officials said the policy is necessary to safeguard the country.