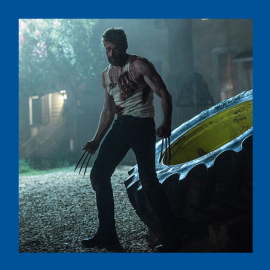 Picture this: You’re in the gym, when the biggest, strongest-looking guy you’ve ever seen plods up to your squat rack and asks to work in. When you tell your buddies about your brush with the behemoth later, what word do you use to tell them just how huge he was?

As a fitness editor, I talk about how fit dudes look… a lot. And I ask myself that question… a lot. When the latest superhero movie trailer finally drops, for instance, and it reveals that one of the Hollywood Chrises has pushed his already supernatural physique to the next level, how do I describe his gains in a hype post about the footage on social media?All fit guys — in the gym or on screen — range from cut, ripped, jacked, or swole.

Obviously, there are other descriptors out and around that also get the job done. At their core, though, they’re all variations of these four categories.

The question is, how do I decide which one fits each body type best? What makes a guy cut? No, maybe he’s better described as ripped… or is he jacked? Sometimes he’s swole, for sure, no question about it. Each word has some sort of double meaning — a clue that gives you some insight into the appearance and shape of the body in question.

I’ll describe exactly why I choose each word. The terms are listed on an ascending scale, from smallest to largest. Any of the terms lower on the scale can be used to refer to a person in a higher category, but not vice versa.

He looks like: Brad Pitt in Fight Club, Christian Bale in American Psycho, David Beckham in his prime. Want more examples? Check out our full list of cut guys.

We’re seeing lean muscle here. The main focus is on the abs and muscular definition, strictly for utilitarian or aesthetic purposes. He’s not bulky, and he probably looks relatively normal in street clothes. When fighters cut weight and get super lean, they’re probably trending toward this category. You might also use the word “shredded” to describe the same physique, if that’s your thing.

Why the word “cut”: His midsection looks like he’s been chiseled out of marble.

He looks like: Kevin Hart, Cristiano Ronaldo, Ryan Reynolds. Want more examples? See exactly who we judged to be ripped on our list.

He’s still mostly lean muscle, but we’re starting to see some mass, particularly in the arms and shoulders. Here’s where the biceps come into the fore, probably eclipsing the abs as the main focus of his physique. This is probably the most common body type for extra-fit guys, since the guns and six-pack, those bastions of conventional male attractiveness, are the main focus. Many skill-centric pro athletes likely fall under ripped.

Why the word “ripped”: He’s got more muscles, everywhere, creating a sort of rippling effect.

Favorite day in the gym: Full body workout (with curl circuits, of course)

He looks like: Jason Mamoa, Michael B. Jordan, Hugh Jackman as Wolverine. Want more examples? Check out our full list of jacked dudes to see who made the cut.

He’s visibly larger than a normal person. Shoulders, neck, and delts come into play, and his lower body is more than just an afterthought. Top-tier superheroes like Captain America and Thor are definitely in this category, and muscle-bound strength and power-centric athletes like NFL running backs and elite CrossFitters.

Why the word “jacked”: His muscles are clearly larger than most guys, like they’re propped up by something — kind of like a jacked-up truck.

He looks like: The Rock, Arnold Schwarzenegger, Hafþór Júlíus Björnsson (aka The Mountain). Want more examples? Check out our list of real life giants to see who else is swole.

Big all over. They’re not just bigger than normal, everyday people — they’re noticeably bigger than guys on the lower levels of the scale. Bodybuilders and extreme athletes like The Rock or JJ Watt prove that being swole is a lifestyle. You might use the word “yoked” to describe the same physique, if that’s your thing.

Why the word “swole”: His muscles are so large they make him look like he’s swollen.

Diet: Everything. To keep up all this mass, these guys are constantly eating — and their cheat days are the stuff of legends.

BEYOND CUT, RIPPED, JACKED, OR SWOLE

One of the most remarkable things about our bodies is their capacity for change. There are certain genetic factors that we can’t always control — height chief among them — but aside from these exceptions, you can work to remake your body just about any way you want.

That ability to mold ourselves can make these categories somewhat fluid. Regular guys can slowly shift from regular body shapes to cut, ripped, or even jacked with hard work; movie stars, with their higher incentives and endless resources, can jump back and forth between normal bodies and those worthy of wonder.

These chameleons can make it tough to describe exactly how fit they are from one moment to the next. We might say that Hugh Jackman is usually pretty ripped, with a big focus on arms and abs — but when he ramped up his Wolverine physique for his final turn in Logan, he was definitely trending toward jacked.

To steal from astronomy, Jackman was ripped, jacked rising.

More recently, we’ve seen Michael B. Jordan yo-yo up and down the scale. While we watched his body develop from a child actor in The Wire and Friday Night Lights to the first Creed movie, the more dramatic change came between his last two feature films. In Black Panther, his Killmonger was a hulking, formidable presence — he was jacked.

But to play a light heavyweight boxing champ in Creed II, Jordan had to pare down the bulk to fit into the weight class (never mind that his opponent, Florian Munteanu, is undeniably heavyweight-sized). He’s trending down towards ripped. That type of transformation takes a ton of work — but that’s just part of being a male Hollywood star in 2018.

Other times, guys might be difficult to pigeonhole because of their size, body shape — or even how they’re known within pop culture. Terry Crews is a big dude, and he’s muscular everywhere, but I hesitate to put him squarely in the swole camp.

He’s visibly larger than the average person, but his mass seems to be relatively constrained compared to bodybuilders or even The Rock.

I suspect another factor in my downplaying of Crew’s swoleness has a lot to do with how I know him best: his role as earnest police Sgt. Terry Jeffords on Brooklyn 99. Crews is so funny and multifaceted on the show. Even while his physique is one of the most dependable devices used for his comedy, the character is consistently relatable. Swole strikes me as a top-end, near-untouchable state — and anyone who loves lavender yogurt so much is anything but untouchable.

There’s definitely a case for swole Crews, though, so I’ll use both words, if only grudgingly. After all, I can only repeat myself so many times.