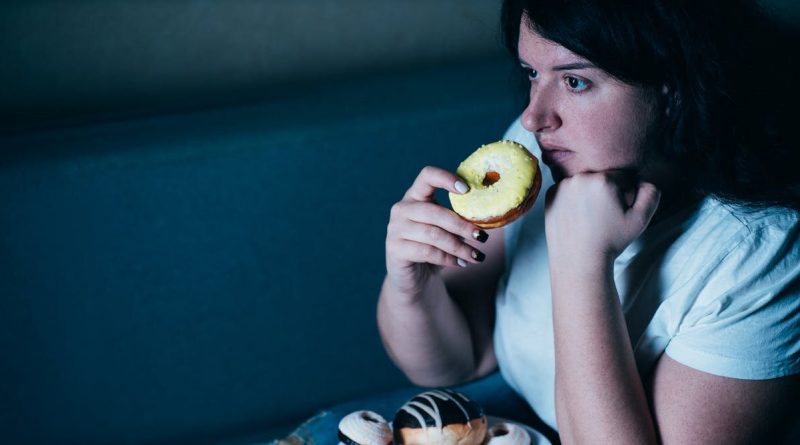 It took a while to be officially recognized, but smell loss eventually became known to be one of the defining features of COVID-19. It’s now widely acknowledged that COVID-19 has a unique effect on smell receptors, and about 10% of those who lose their smell are still reporting problems with smell and taste six months later.

The effects of this can be profound. So we wanted to document what it was like to live with long-term smell and taste problems, and we did this by working with the smell-loss charity AbScent, which has an online support group for people with post-COVID smell problems.

By speaking to people in this group, we were able to build a picture of the wider impacts of disrupted smell following COVID-19. At the time of conducting our research, over 9,000 people had joined the group. Every day we were seeing new accounts of the devastating effect of sensory change.

We started posting questions to get a better sense of what was going on, and the response was overwhelming. People really wanted their experiences to be heard. With the consent of participants, we began to analyze their responses. We ran every theme we detected past the group and got them to comment on our research paper before we finalized it. We wanted to be sure we were telling their stories correctly. Here’s what we found out.

The end of food satisfaction

It’s been hard for people even close to me to understand the severity of the loss and how it’s affected my life.

Before we go further, let’s define a few key terms. Anosmia is total loss of smell. Parosmia is where normal smells are distorted, usually unpleasantly. Taste is what is picked up by the receptors on the tongue. Flavor is the total sensory experience of food, to which smell is the major contributor, but the other senses are also involved. This means that even if your taste (tongue) is fine, loss of smell will seriously affect flavor.

The first thing that struck us was how unpredictable and disorientating the sensory loss experience could be. For some, the effects were absolute:

“It was like a light switch: from 100% to 0% in a couple of hours… No distorted smells, no whiffs, nothing. It’s like my nose switched off.”

For others, things were more fluid. Anosmia could mutate into parosmia. Food that was fine one day could become disgusting the next. This “chaos narrative”—as sociologists call it—meant that smell loss was very difficult to live with, let alone manage. A condition over which there was no control.

The effect on appetite was also unpredictable. As might be expected, people had trouble eating—particularly when normal smells were distorted. Some were really struggling, reporting malnutrition and severe weight loss.

Less obviously, some people reported weight gain. These were usually people with anosmia, who were “chasing flavor” after losing their sense of smell. You can understand this if you realize the distinction between wanting and liking in what psychologists call the pleasure cycle.

Wanting is where you are chasing the thing you are going to consume. Liking is when you have got it and you are savoring it. In anosmia, that savoring part is no longer there, but this doesn’t stop the wanting: “Food satisfaction is lacking and I see myself eating more to try to get that satisfied feeling… I am gaining weight due to a constant urge to satisfy what can never be satisfied.”

Intimacy is a scent

But it wasn’t all about food. Until you lose it, you don’t realize how essential eating is to everyday joys, especially social pleasures: “I am grieving for my lost senses. No more wine and cheese tasting nights or gin cocktails with my ‘girls.'”

Even more heartbreaking was the effect of sensory changes on intimate relationships. There were a lot of posts where people described the loneliness of no longer being able to smell their partner or their children. Again, until it is gone, you don’t realize how important smell is to intimacy and connection. Even worse was the effect of parosmia: “His natural odor used to make me want him; now it makes me vomit.”

How do you tell your lover that?