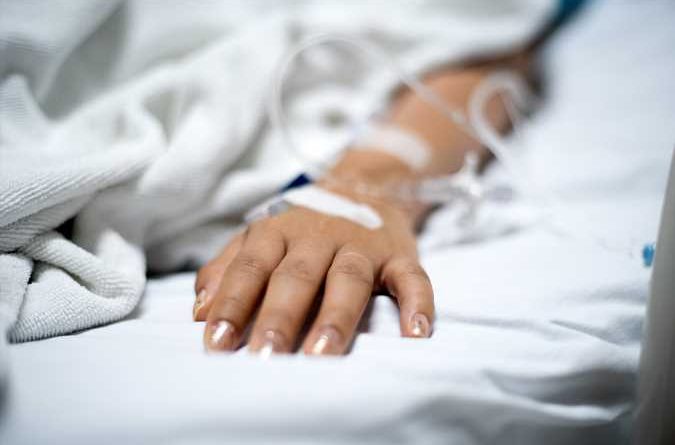 After spending much of the past year tending to elderly patients, doctors are seeing a clear demographic shift: young and middle-aged adults make up a growing share of the patients in covid-19 hospital wards.

It’s both a sign of the country’s success in protecting the elderly through vaccination and an urgent reminder that younger generations will pay a heavy price if the outbreak is allowed to simmer in communities across the country.

“We’re now seeing people in their 30s, 40s and 50s — young people who are really sick,” said Dr. Vishnu Chundi, a specialist in infectious diseases and chair of the Chicago Medical Society’s covid-19 task force. “Most of them make it, but some do not. … I just lost a 32-year-old with two children, so it’s heartbreaking.”

About 32% of the U.S. population is now fully vaccinated, but the vast majority are people older than 65 — a group that was prioritized in the initial phase of the vaccine rollout.

Although new infections are gradually declining nationwide, some regions have contended with a resurgence of the coronavirus in recent months — what some have called a “fourth wave” — propelled by the B.1.1.7 variant, first identified in the United Kingdom, which is estimated to be somewhere between 40% and 70% more contagious.

As many states ditch pandemic precautions, this more virulent strain still has ample room to spread among the younger population, which remains broadly susceptible to the disease.

The emergence of more dangerous strains of the virus in the U.S. — including variants first discovered in South Africa and Brazil — has made the vaccination effort all the more urgent.

“We are in a whole different ballgame,” said Judith Malmgren, an epidemiologist at the University of Washington.

Rising infections among young adults create a “reservoir of disease” that eventually “spills over into the rest of society” — one that has yet to reach herd immunity — and portends a broader surge in cases, she said.

Fortunately, the chance of dying of covid remains very small for people under 50, but this age group can become seriously ill or experience long-term symptoms after the initial infection. People with underlying conditions such as obesity and heart disease are also more likely to become seriously ill.

“B.1.1.7 doesn’t discriminate by age, and when it comes to young people, our messaging on this is still too soft,” Malmgren said.

Across the country, the influx of younger patients with covid has startled clinicians who describe hospital beds filled with patients, many of whom appear sicker than what was seen during previous waves of the pandemic.

“A lot of them are requiring ICU care,” said Dr. Michelle Barron, head of infection prevention and control at UCHealth, one of Colorado’s large hospital systems, as compared with earlier in the pandemic.

The median age of covid patients at UCHealth hospitals has dropped by more than 10 years in the past few weeks, from 59 down to about 48 years old, Barron said.

“I think we will continue to see that, especially if there’s not a lot of vaccine uptake in these groups,” she said.

While most hospitals are far from the onslaught of illness seen during the winter, the explosion of cases in Michigan underscores the potential fallout of loosening restrictions when a large share of adults are not yet vaccinated.

There’s strong evidence that all three vaccines being used in the U.S. provide good protection against the U.K. variant.

One study suggests that the B.1.1.7 variant doesn’t lead to more severe illness, as was previously thought. However, patients infected with the variant appear more likely to have more of the virus in their bodies than those with the previously dominant strain, which may help explain why it spreads more easily.

“We think that this may be causing more of these hospitalizations in younger people,” said Dr. Rachael Lee at the University of Alabama-Birmingham hospital.

Lee’s hospital also has observed an uptick in younger patients. As in other Southern states, Alabama has a low rate of vaccine uptake.

But even in Washington state, where much of the population is opting to get the vaccine, hospitalizations have been rising steadily since early March, especially among young people. In the Seattle area, more people in their 20s are now being hospitalized for covid than people in their 70s, according to Dr. Jeff Duchin, public health chief officer for Seattle and King County.

“We don’t yet have enough younger adults vaccinated to counteract the increased ease with which the variants spread,” said Duchin at a recent press briefing.

“I’m hopeful that the death curve is not going to rise as fast, but it is putting a strain on the health system,” said Dr. Nathaniel Schlicher, an emergency physician and president of the Washington State Medical Association.

Schlicher, also in his late 30s, recalls with horror two of his recent patients — close to his age and previously healthy — who were admitted with new-onset heart failure caused by covid.

“I’ve seen that up close and that’s what scares the hell out of me,” he said.

“I understand young people feeling invincible, but what I would just tell them is — don’t be afraid of dying, be afraid of heart failure, lung damage and not being able to do the things that you love to do.”

Will Younger Adults Get Vaccinated?

Doctors and public health experts hope that the troubling spike in hospitalizations among the younger demographic will be temporary — one that vaccines will soon counteract. It was only on April 19 that all adults became eligible for a covid vaccine, although they were available in some states much sooner.

But some concerning national polls indicate a sizable portion of teens and adults in their 20s and 30s don’t necessarily have plans to get vaccinated.

“We just need to make it super easy — not inconvenient in any way,” said Malmgren, the Washington epidemiologist. “We have to put our minds to it and think a little differently.”