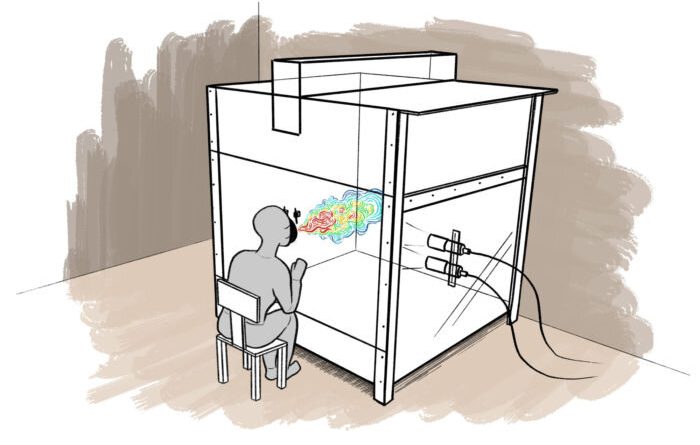 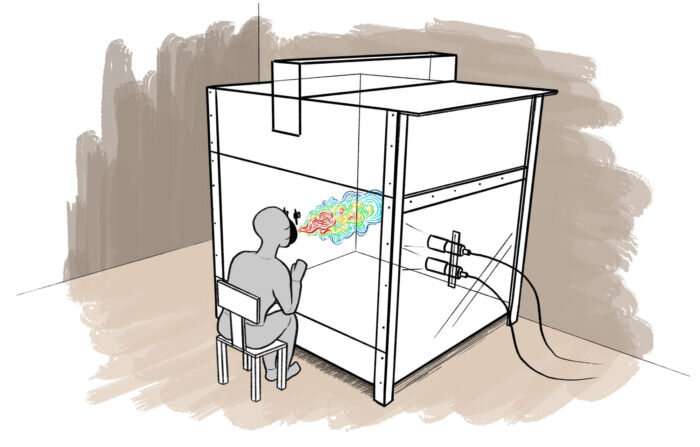 A recent Western-led study says two meters might not be far enough away if someone lets an uncovered cough loose in your direction—meaning sneeze and cough etiquette is more than a simple social nicety, but a key to stopping the spread of diseases like COVID-19.

“It’s pretty hard to avoid a cough,” said Mechanical and Materials Engineering professor Eric Savory. “By the time you react, it’s reached you.”

Teaming up with virologists at Sunnybrook Hospital, Savory recently explored cough airflows produced by human subjects naturally infected with seasonal influenza in order to better understand how the environmental conditions affect the physical transmission of the infection.

“If you’re a couple meters away from someone who coughs unobstructively, then within about three seconds or so, their cough has reached you—and is still moving,” Savory explained. “Even when you’re two-and-a-half meters away, the airflow in the cough can still be moving at 200mm a second.”

In fact, the study showed that as much as 10 percent of the fine droplets from the cough remain suspended in the air even after four seconds.

Health Canada, joining with health agencies around the globe, has advised people to cough and sneeze into their elbows, not their hands. While breaking a long-held habit for many, the shift prevents infection from being transmitted to frequently touched surfaces, like doorknobs, ATMs or touch screens.

Savory’s findings add to calls for these efforts in combination with social-distancing measures during the COVID-19 pandemic.

Savory is now transitioning his findings specifically to COVID-19.

Collaborating with Eric Arts from the Schulich School of Medicine & Dentistry and Franco Berruti from the Department of Chemical and Biochemical Engineering, the interdisciplinary research team intends to examine the pathways of COVID-19 droplets through the air and analyze different material surfaces in order to verify its survivability under different temperature and humidity conditions.

This further investigation will be conducted in Western’s ImPaKT containment laboratory where Arts and his collaborators are actively developing an effective COVID-19 vaccine.

The “big question” out of this study for virologists, Savory said, is to figure out the required dosage needed to cause an infection. “It’s going depend on the droplet size, as well as the viral content of those droplets. Clearly, the further away you are from someone the less likely you are to be infected, should they cough or sneeze.”

Previous studies around cough airflow have measured directly in front of the mouth—”right at the source.” That is irrelevant to getting the best data, Savory argued, as he and his team measured at a distance instead, for the first time.

In order to come up with evidence “people would believe,” Savory also didn’t use a cough simulator, such as a mannequin, used in other studies.

In 2018, Savory created a ‘cough chamber’ conduct 77 experiments with 58 different subjects, including 21 who presented influenza-like illness and, of those, 12 had laboratory-confirmed respiratory infections or a seasonal virus.

The cough chamber was a specially constructed two-meter enclosed cube with a hole and chin rest in one end, where participants coughed. Savory used a high-speed camera and laser light to determine the velocity of the expelled particles. He then tracked the movement of fine particles as the air moved.

At peak velocity, observed at the cough jet center, the speed was 1.2 meters per second.

“These droplets are still being transported quite quickly—even at that safe separation distance,” Savory explained.

“There is no real logical reason for saying that two meters is somehow safe, but it’s much better than one meter or closer. We’re not saying you’re going to get infected; we’re just saying there is a risk there. Obviously, it decreases the further you are away.”

Cough velocity was nearly the same with healthy and infected participants. Being sick doesn’t increase speed or the number of droplets.

With his cough airflow model, virologists will study a number of infections to help determine the means of transmission. These findings are further useful when quantifying air movement from coughs in health-care settings, as well as when identifying safe separation distances for the mitigation of person-to-person virus transmission.