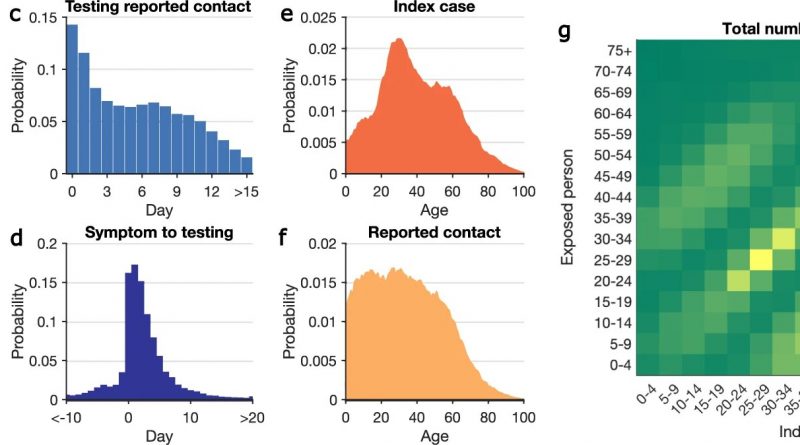 A study led by researchers at Columbia University Mailman School of Public Health uses contract tracing data to produce a detailed map to date of SARS-CoV-2 spread in New York City. They found that the city’s contact tracing program was efficient and produced data that can inform neighborhood-level interventions like vaccination and reactive restriction on business capacity.

The study is published in the journal Nature Communications.

The researchers analyzed contact tracing and testing records for 644,029 cases and their contacts in New York City during the second pandemic wave between October 1, 2020 and May 10, 2021. Data was collected by the NYC Test & Trace Corps and the Department of Health and Mental Hygiene.

They found it was not possible to establish transmission chains at the individual level because more than 90 percent of self-reported close contacts were predominately household members and data on contacts outside home was incomplete. Instead, the researchers focused on how SARS-CoV-2 spread across communities and what the effects of control measures and vaccination on its spread. They also examined the operational performance of contact tracing.

By reconstructing transmission chains, the authors found large heterogeneity in the number of reported close contacts and secondary infections. The transmission networks also reveal the spatial pattern of SARS-CoV-2 transmission across neighborhoods. The combination of vaccination and reactive, neighborhood-based interventions likely reduced the spread of COVID-19 during the second wave.

Neighborhoods with many visitors, such those with a high density of businesses, were associated with elevated transmission levels within those areas and to other neighborhoods.

Any future isolation measures should make allowances for front-line workers. “Individuals working in essential businesses or emergency services may not be able to reduce movement, whereas individuals who travel long distances for resources might be better served by delivery or relocation of resources,” says Sen Pei, Ph.D., assistant professor of environmental health sciences at Columbia Mailman School.

According to the study, the operation of contact tracing in New York City was very efficient with short turnaround times. The median time from specimen collection to reporting results to the Department of Health and Mental Hygiene was two days.

Ninety-seven percent of index patients were called by tracers within two days of reporting to DOHMH and 68 percent of contacts were called the day of reporting to the Test & Trace team. Among tested contacts, two-thirds sought testing within one week of notification. For traced symptomatic infections, 87 percent were tested after symptom onset, and 13 percent were tested before symptom development.

In the future, contract tracing could be improved through the integration of app-based services or Bluetooth which would provide information on contacts beyond of household members, the researchers say. However, to be effective, care must be taken to address privacy concerns.