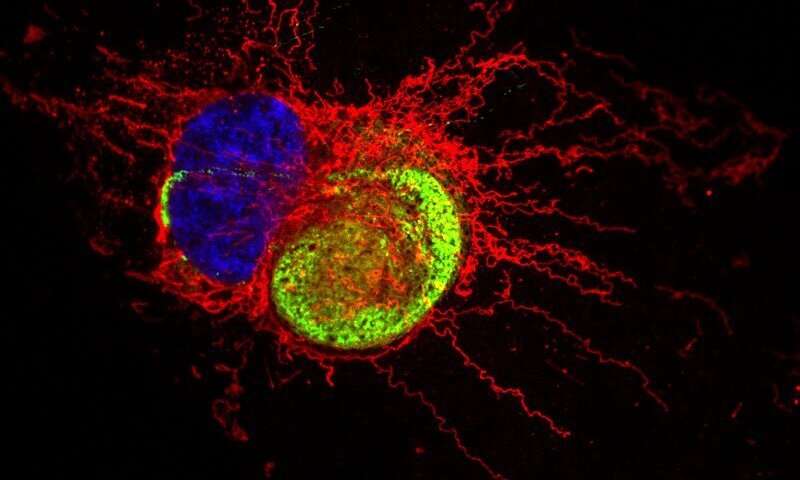 Studies regarding the brain damage caused by the Zika virus have revealed the virus’ predilection for a certain neural cell: the astrocyte. However, few studies have sought to identify the infection effects on these cells, as well as their association with developmental alterations, including brain malformations and microcephaly. Recently published in Scientific Reports, a new article explores the virus’ reactions on laboratory-created astrocytes, comparing them to the same cells present in the brain tissue of animals and fetuses infected with Zika.

Marked by their branched-tipped structure and vast abundance in the human brain tissue, astrocytes are named after the Greek word for stars. This neural constellation has a fundamental role on our cognitive functions, since it provides metabolic support for neuron cells, participates in the formation of synapses and also composes the blood-brain barrier, a structure that gates the entrance of substances into the brain, protecting it from harmful toxins. The study carried out by the D’Or Institute for Research and Education (IDOR), in partnership with the Federal University of Rio de Janeiro (UFRJ) and other Brazilian institutions has found that some of the neural complications caused by Zika might be related to its damage on astrocytes, which would also contribute to the appearance of brain malformations.

The corresponding author of the article was the neuroscientist Stevens Rehen, a researcher at UFRJ and IDOR involved in several other studies related to Zika, including the first publication to analyze the effects of the virus on laboratory-developed human mini-brains. In the most recent article, Rehen and his team uncovered the changes that this viral infection causes in developing neural cells, as well as their consequences for brain development.

“The scientific literature had already identified Zika’s attack on astrocytes, but until now, no study had focused on understanding how it affects its functioning,” says Karina Karmirian, a member of Rehen’s group and one of the first authors of the study. Among the damage that the virus causes to these cells are the overload of its mitochondria, DNA breakage and oxidative stress, the latter being a common disturbance in premature aging, cancer and neurodegenerative diseases.

To achieve the scope of the research, the scientists created three cell types that are present in the human fetal brain: astrocytes, neurons and neural stem cells. When infected with the Zika virus, the most severe damage was found in astrocytes, whose mitochondria started excessively producing free radicals, generating oxidative stress and changes in their morphology. In addition to the high rate of cell death, many surviving astrocytes also revealed reduced and irregular cell nuclei after the infection.

Helena Borges, a professor at UFRJ and one of the researchers in the study, detailed why the damage caused by the Zika virus can be permanent in astrocytes. “To repair double-strand DNA breaks, there are two main types of DNA repair: One uses an entire copy of the DNA as a template—homologous recombination—and non-homologous recombination, a faster repair mechanism that is potentially subject to mutation, and dispenses with the presence of an integrated DNA copy. Proliferating cells, like neural stem cells, can use both repair mechanisms. However, differentiated cells such as astrocytes have a reduced chance of homologous recombination, increasing the chance of permanent mutations appearing in these cells,” explains Borges.

The research also analyzed materials regarding brain tissues of fetuses that didn’t survive the infection. Scientists have identified greater signs of inflammation in fetal astrocytes, confirming the relevance of these cells on the virus attack pattern. The same inflammatory profile was identified in animal studies: Mice infected with the Zika virus also revealed greater vulnerability in their astrocytes in comparison to neurons. Microglial cells—which, like astrocytes, are responsible for supporting neurons—were also notably infected during the process. “These cells have an immune function in the brain and reached an inflammation level close to that of astrocytes during the experiments. The neurons themselves have a low infection, but they depend on communication between astrocytes and microglia for a healthful performance. This leads us into assuming in which way neurons could also be affected in the long term due to the action of Zika in these cells that are essential to their functioning,” says Karmirian.