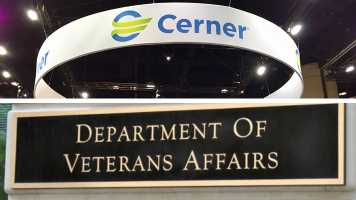 Three years ago this week, the U.S. Department of Veterans Affairs chose Cerner to modernize its aging VistA electronic health record. The agency has been working with halting progress toward that goal since then.

But a new report from the U.S. Government Accountability Office said the new EHR implementation process must include input from a wide array of key stakeholders and staff – something that hasn’t always been the case at the VA.

“Participation of such stakeholders is critical to ensuring that the EHR system is configured to meet the needs of clinicians and support the delivery of clinical care,” the report read.

As the GAO report explained, the VA’s existing VistA system – which the agency has been using for more than 30 years – is expensive to maintain and unsupportive of interoperability with other agencies, such as the Department of Defense. The VA began efforts to replace it with a commercial EHR system from Cerner, which was chosen for the project on June 5, 2017.

VA has since used a multistep process that includes establishing 18 EHR councils and holding national and local workshops.

“At these workshops, the councils decided how to design the functionality of the EHR software to help clinicians and other staff deliver care and complete tasks such as administering medication,” the GAO report authors said.

Although GAO found that the VA established structure, responsibility and authority effectively throughout its decision-making procedures, the agency did not always ensure relevant representation – such as that from facility clinicians and staff – at local workshop meetings.

“Local workshop participants stated that they did not always know which local workshop meetings they needed to attend, because they did not receive adequate information about the session topics,” said the report.

The miscommunication was due in part to a difference in terminology between Cerner and the VA. In one example, some officials said they didn’t attend a meeting on “charge services” because the VA doesn’t usually bill veterans for care. However, they discovered after the fact that the meeting had included topics beyond billing.

“If VA improves communication on workshop meeting topics, the EHRM program can increase the likelihood that it will obtain appropriate input from facility clinicians and staff at local workshops to consider in design decisions for the implementation of the EHR system,” the GAO report said.

The VA’s existing EHR, VistA, has been highly ranked among physicians for its usefulness as a clinical tool. Industry leaders argued in 2017 that any of the VA’s commercial EHR replacements would need to be highly customized to meet the needs of the agency’s 1,200 healthcare sites.

In addition to customizability, ensuring provider satisfaction with the replacement EHR is vital for preventing burnout. Including physicians and nurses as stakeholders in the development and implementation of EHRs can mean greater efficiency overall – and less “alert fatigue” and frustration with nonintuitive clinical workflow.

“For implementation of the EHR system at future VA medical facilities, we recommend that the Secretary of VA direct the [Electronic Health Record Modernization] executive director to clarify terminology and include adequate detail in descriptions of local workshop sessions to facilitate the participation of all relevant stakeholders including medical facility clinicians and staff,” wrote the GAO report authors.