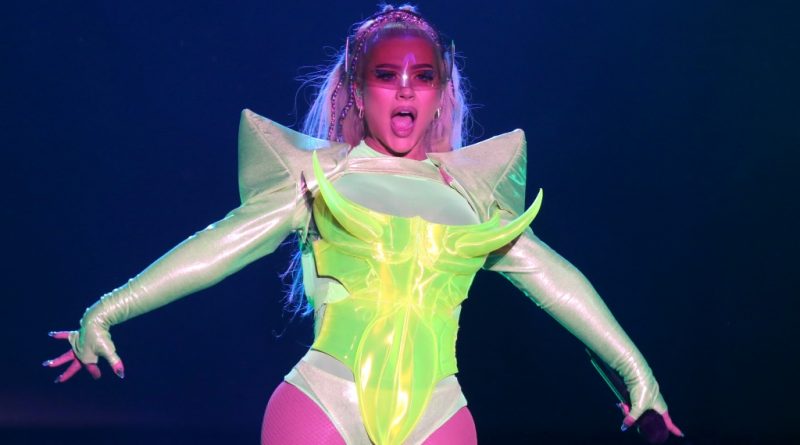 As a mom of teenager, Christina Aguilera knows firsthand the impact of social media on teens. The “Candyman” singer is mom to Max, 14, with ex Jordan Bratman, and daughter Summer, 8, with Matthew Rutler, and she is addressing the dangers of being online in her new music video for “Beautiful” in honor of the songs 20th anniversary.

“This 2022 version explores the song’s message of self-acceptance, self-esteem and personal empowerment for younger generations navigating the impact of social media and technology on their private lives and interactions,” reads a message sent out to Aguilera fans about the new visuals, per Too Fab.

“Beautiful” is about young people struggling with self-esteem and feeling worthy amidst negativity from their peers. Powerful lyrics include:

Her new music video reflects the youth of today who are struggling to like themselves when they are bombarded by negative messages and unrealistic beauty standards on social media. In the video, kids put makeup on with a ring light, struggle with their looks and body development, and experience mental health issues (you can watch the original video here.)

At the end of the song, the kids make a choice. They rip down the pictures, wipe off the extra makeup, and go outside to climb trees, enjoy life, and simply be kids.

“In the last 20 years, since Stripped was first released, social media has transformed our relationship with our bodies, and in turn our mental health,” a statement at the end of the video, written over a phone in a puddle of blood, says.

“Research suggests that time spent on social networking sites is associated with body image issues, self-harm and disordered eating in children and teens. This needs to change.”

If you want to help lower your own kids’ social media use, the Child Mind Institute recommends taking the power of social media seriously, encouraging your kids to look at social media in a more critical way, model a healthy response to failure for your kids, and praise and show effort among other things.

At the end of her new “Beautiful” video, Aguilera fans to her website for more mental health resources. The Grammy-winning singer links to International Mental Health Association, HelpGuide, and Trans Lifeline.

We’ve got some great suggestions for clothes your teens will actually wear.