Home » Health News » China warned of mysterious virus 6 months ago. Here’s where the world is at now. 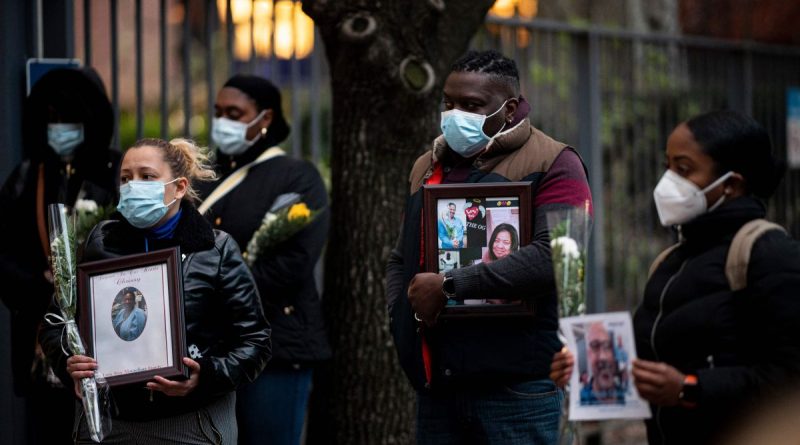 It’s been six months since China first reported a cluster of mysterious pneumonia cases in the city of Wuhan.

The culprit became known as “SARS-CoV-2,” a new virus that had hopped from a still-unknown animal to humans, spreading across the globe like wildfire. The virus has now reached every continent except Antarctica, devastating remote Indigenous populations in the Amazon and spreading in African countries already devastated by other viruses.

In that time, SARS-CoV-2 has caused at least 10.4 million infections worldwide and killed more than 500,000 people. As the virus spread, health care workers scrambled for personal protective equipment, sick patients overwhelmed hospitals and the weaknesses in societies were revealed.

Here’s a look back at all we’ve learned about the novel coronavirus, SARS-CoV-2, in that time, and what we can expect in the next six months.

One by one, countries shut down their economies and societies, a staggering number of people lost their jobs and many faced the mental health impacts of loneliness and isolation. Masks took their place next to phones, keys and wallets as objects you don’t leave home without; staying home became heroic; and humanity learned the phrases “social distance” and “flatten the curve.”

The virus sparked an unprecedented global effort to find vaccines and treatment.

In the past six months, “there’s been tremendous scientific advances, not least of which has been isolating and sequencing the virus within 12 days of the outbreak being reported to the Chinese CDC,” or Centers for Disease Control and Prevention, said George Rutherford, professor of epidemiology and biostatistics at the University of California, San Francisco. That means that in a matter of days, scientists figured out that the virus is made up of RNA and that its sequence is composed of 29,900 letters, or bases, all lined up like a string of beads.

By February, scientists figured out the structure of the “spike proteins” the virus uses to invade human cells.The spike proteins unlock a receptor or “doorway” into cells called ACE2. Because the receptors are found in many different cell types across our bodies from the lungs to the heart, the virus can have far-reaching impacts on the body.

We learned much about how the virus manifests clinically (the list of symptoms it causes — from cough and fever to nausea to loss of taste and smell — is long and ambiguous) and its epidemiology and how it spreads, Rutherford told Live Science.

And we’ve learned at least some ways to fight the virus. “We’ve learned a lot about non-pharmaceutical interventions to prevent transmission,” including the importance of wearing masks and social distancing to prevent spread, he said.

The virus didn’t wait for preparations

Each country had its own response to the virus. Some places, like the city of Wuhan in China, enacted strict lockdowns, barring most people from leaving their homes. Other countries, like Sweden, barely placed any restrictions on society.

Some countries, like New Zealand, successfully eliminated the virus — in this round, at least — with early action, consistent messaging and other effective strategies. Others like the U.S., had a chaotic response that started with a nonchalant attitude, and has already started to see resurgence of the virus as a patchwork of states reopened without clear plans in place for how to test, trace and isolate cases. . “In many ways, the Chinese took a bullet for us, to give us a couple extra months to prepare,” Rutherford said. “The Europeans did an OK job, [the U.S.] did a very poor job.”

We all want this to be over. We all want to get on with our lives. But the hard reality is: This is not even close to being over.

When the virus arrived in the U.S., the Centers for Disease Control and Prevention made a critical error by choosing to make its own tests in-house, rather than relying on a World Health Organization (WHO) kit that was already developed. Then, labs around the country couldn’t conduct tests on their own, because the CDC kits used a faulty reagent that wasn’t producing reliable results.  And there were “a lot of unnecessary rules about testing,” Rutherford told Live Science. For instance, one initial guideline required that anyone who was tested have some connection to Wuhan, China. “We missed several of the early clusters that came in,” he added. The virus “got out of control in the United States for a variety of reasons, mostly which stemmed from lack of leadership.”

“We were slow to call it a pandemic, we were slow to admit the size, we were slow to test large numbers of people,” said Dr. Eric Cioe-Peña, an emergency room physician and the director of global health at Northwell Health in New York. In places like South Korea, they’ve seen outbreaks of similar coronaviruses before and had a “good response,” he said. “But for every nation that had a good response, there were 10 nations that were behind,” he told Live Science.

“The idea that New York City was going to shut down in February was unheard of,” Cioe-Peña said. “There was a cognitive dissonance we had to close in order to effectively respond to the virus.”

New York had its first reported cases in the beginning of March, but the virus was no doubt already infecting people before then, he said. We now know there were at least 84 introductions of the virus that seeded the catastrophic outbreak, according to a May 29 study in the journal Science.

Months of chaos, heartbreak and loss followed, with nearly 22,000 deaths from COVID-19 in the city alone. But after implementing a lockdown, radically ramping up testing and contact tracing, the state “went from the highest infection rate in the world to the lowest infection rate in the country,” he said. “It’s been a tremendous effort,” and going forward, if a second surge hits the state, New York will be in a much better place to fight it, he told Live Science.

What do the next six months hold? Ideally, we’ll have the first of the coronavirus vaccines in limited quantities for health care workers and for the public soon after that, Cioe-Peña said. “We haven’t seen any red [flags] yet that that may not be a reality.”

At the start of the outbreak in the U.S., Anthony Fauci, the director of the National Institute of Allergy and Infectious Diseases, said it could take 12 to 18 months to have a SARS-CoV-2 vaccine — which is faster than any vaccine has ever been developed.

There are 17 vaccines that are currently in clinical trials, according to the WHO. Moderna’s experimental vaccine uses messenger RNA to spur the body to mount an immune response to the coronavirus. This technology hasn’t been used in any approved vaccines to date and is expected to begin a Phase 3 trial with hundreds to thousands of people in July, according to a previous Live Science report. Researchers at Oxford University in the United Kingdom are testing another vaccine made from a weakened cold virus combined with genes from the coronavirus and hope to have the first doses ready by the fall, according to another Live Science report.

A handful of treatments for COVID-19 are already in use, though none are blockbusters.

“I would’ve hoped we had some better drugs by now,” Rutherford said. Gilead Science’s remdesivir is currently the only drug authorized by the Food and Drug Administration (FDA) to treat COVID-19 patients, after a clinical trial found that it significantly reduced the time it takes for patients to recover, according to another Live Science report.

Another large trial, in the United Kingdom, found that a simple and cheap steroid, dexamethasone, can reduce mortality for patients who are using oxygen or on a ventilator, Live Science previously reported.

“Over the next six months, we may get much better therapeutics,” including some that can be repurposed to fight so-called “cytokine storms,” or the deadly hurricane of cells the immune system sometimes releases in a haywire response to the virus, Rutherford said. There are now nearly 1,600 studies being conducted worldwide on the coronavirus, a handful of them testing potential vaccines on humans, according to the U.S. National Library of Medicine and the WHO.

‘We all want this to be over’

The virus did not disappear on its own with the warmer summer weather as some had dreamed. The U.S. is now reporting 40,000 new cases a day — more than at any other time throughout the entire pandemic.

And until we get a vaccine, we won’t be able to resume our normal lives. “You have to realize that we’re in this for the long haul, and this is not the time for short attention span theater,” Rutherford said.

The world is bored and fatigued from isolation, and many (often young) people stopped social distancing. As a result, young people make up a larger fraction of the new COVID-19 cases in countries including Israel, Portugal and the U.S., than they had in the beginning of the pandemic, according to The Guardian. But “the virus doesn’t get bored, the virus doesn’t watch TV, the virus doesn’t listen to what people are saying, all it wants to do is reproduce,” Rutherford said. “And it’s just relentless.”

Young people aren’t spared from the dangers of the virus. At first, scientists thought severe disease was mostly a problem in the elderly and in people with underlying conditions. But we now know the virus can be deadly even in young adults and children, such as the children who are developing a mysterious inflammatory condition after contracting the virus. “It doesn’t have a group of people that it doesn’t kill, it just kills some groups of people less often than other groups of people,” Cioe-Peña said.

“We all want this to be over. We all want to get on with our lives,” WHO director-general Tedros Adhanom Ghebreyesus said yesterday (June 29). “But the hard reality is: This is not even close to being over. Although many countries have made some progress, globally the pandemic is actually speeding up.”

The virus has slowed in Europe, Asia and the U.S. Northeast, but it is accelerating in the U.S. Southwest and in South America, with Brazil racking up record-breaking numbers daily.

In February, experts told Live Science the pandemic had four possible endpoints: We’d contain the virus; it would naturally trickle away by becoming less infectious; we’d find a vaccine; or the virus would linger indefinitely, taking its place next to the seasonal flu.

We haven’t contained it, and at this point, it doesn’t look like it will just go away, which leaves us with two options: living with the virus forever or finding a vaccine.