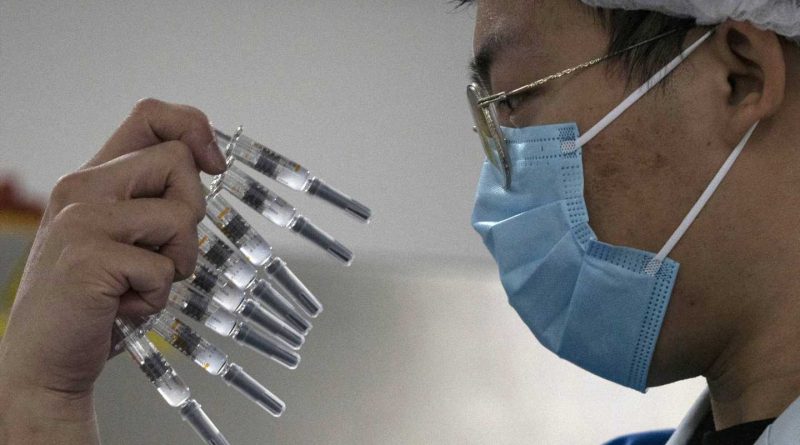 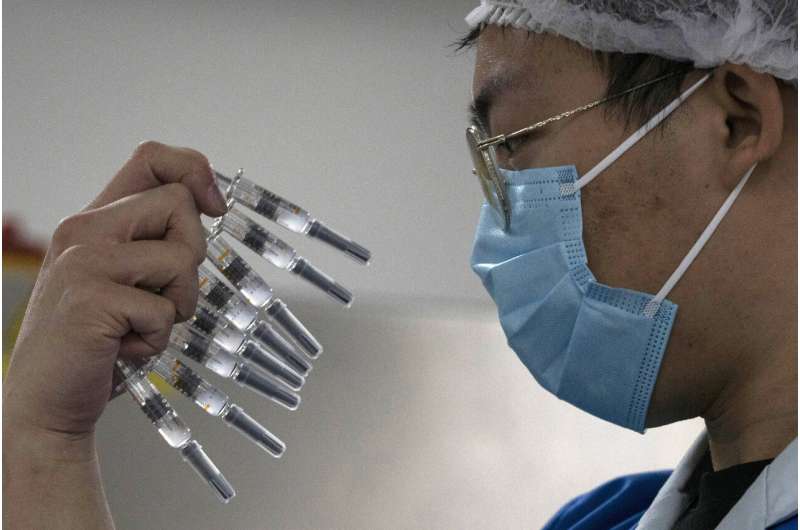 The National Medical Products Administration gave conditional approval to a vaccine from CanSino Biologics and a second one from state-owned Sinopharm. Both are already being used among select groups of people under an emergency use authorization. China now has four vaccines to immunize its population.

CanSino said its one-shot vaccine candidate is 65.28% effective 28 days after the dose is given. It can be stored at 2 degrees to 8 degrees Celsius, “making it more accessible especially to the regions with underserved public health,” it said in a statement.

It relies on a harmless common cold virus, called an adenovirus, to deliver the spike gene of the coronavirus into the body. The body then makes the spike proteins, which generate an immune response. The technology is similar to both Astrazeneca’s and Johnson & Johnson’s vaccines, which rely on different adenoviruses.

It is the first COVID-19 vaccine developed by a Chinese company that requires only one shot.

A Sinopharm subsidiary, the Wuhan Institute of Biologics, said its vaccine candidate is 72.51% effective. It uses the same technology as a vaccine that has already been approved from Sinopharm’s Beijing subsidiary in which a live virus is killed and then purified. The inactivated virus is delivered via injection, triggering an immune response.

CanSino’s vaccine was jointly developed with a team led by military researcher Chen Wei at the Institute of Military Medicine under the Academy of Military Sciences in China.

The vaccine, called Ad5-nCoV, has been in use since last June, when it was approved by the health bureau under China’s Central Military Commission for emergency use in the military. It was not allowed for general use.

It has been given to approximately 150,000 military personnel, according to Xuefeng Yu, CanSino’s CEO.

The last stage of trials involved more than 40,000 volunteers and was carried out across five countries—Pakistan, Mexico, Chile, Argentina and Russia.

Both Mexico and Pakistan have approved CanSino’s vaccine.

The company has less production power than vaccine maker Sinovac and Sinopharm, which have both said they will be able to manufacture 1 billion shots annually by the end of this year. Chen, the military researcher, has said in state media that CanSino can produce up to 300 million doses per year. A spokeswoman for CanSino declined to comment, saying the company will release a statement in a stock exchange filing on Friday.

The Wuhan Institute said its vaccine underwent its last stage of testing in the United Arab Emirates and other countries. The size of the clinical trials and where they were conducted were not immediately clear.