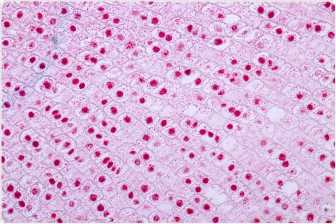 The adhesion of a cell to a surface is essential for many cellular processes, including the cell cycle. This article will describe recent studies which have expanded our knowledge of the role of focal adhesions in the cell cycle. 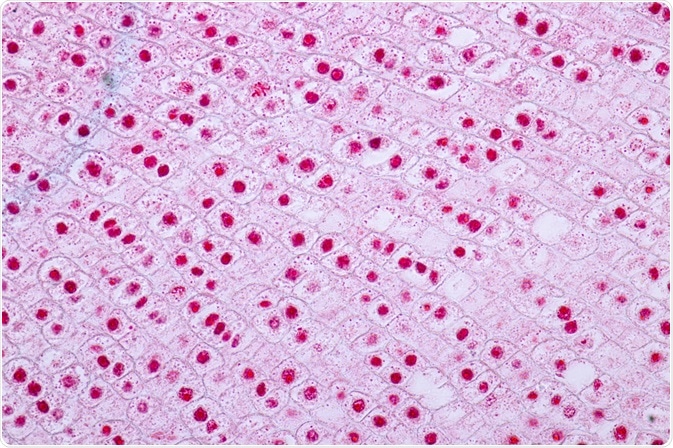 Dix and colleagues found that the loss of the proteins paxillin, talin, and talin zyxin were linked to cellular rounding, and focal adhesion disassembly.  Interestingly, the integrins and basal adhesion complexes at these sites remained active during the cell cycle, implicating them as key mediators of mitosis.

Lock et al. further identified a novel adhesion complex that was net-like in structure and is now known as reticular adhesions. Reticular adhesions are predominantly mediated by a specific type of integrin, αVβ5. These integrins are unique in that they are able to function independently. αVβ5 integrins may, however, interact with a distinct group of proteins that possess their own morphology: talin, paxillin, and zyxin.

How do focal adhesions change during the cell cycle?

The work of Jones et al. (2018) has provided insight into how progression through the cell cycle affects focal adhesion assembly and disassembly. They observed through an increase in the in 2D area of the focal adhesion when the cell progressed from the G1 to the S phase. This coincides with cell growth.

A peak area was subsequently recorded at the end of the S phase, overlapping with the beginning of G2, after which the paxillin stained area decreased. In addition to fluctuating area changes, the authors observed changes in focal adhesion location–paxillin stained focal adhesions were located at the cell periphery on transitioning from the G1 to S phase.

To investigate the cell-cycle dependency of focal adhesion distribution and magnitude, Jones et al. investigated the role of cyclin‐dependent kinases (CDKs) in the regulation of adhesion dynamics. Earlier studies have implicated their role in phase transitions of the cell cycle.

Jones et al. inhibited CDK1 activity in asynchronous cells (cells at different phases of the cell cycle) and found that this reduced the area of focal adhesions. Subsequent work by Lock et al. confirmed the role of CDK1 as the driver of focal adhesion assembly, expansion, and distribution during S phase. This finding is counter-intuitive as CDK1 drives entry into the M phase, where cells assume a rounded morphology dissonant with up increased spread.

CDKs function by pairing with regulatory subunits, called cyclins, in a specific manner; CDK1 pairs with the A and B type cyclins. Cyclin A2 is a subtype present in mammalian cells where it is increasingly expressed during the S phase and degraded on prometaphase entry. The subtype cyclin B1 displays a different expression pattern, appearing at the end of the S phase and persisting through prometaphase, through to late metaphase.

Jones et al. have provided some insight into targets of cell cycle kinases but the role FMNL2 regulates in cell cycle‐regulated focal adhesion formation and disassembly remains to be fully elucidated. Together with the work of Lock et al., there is evidence of additional effectors downstream of CDK1 that are involved in promoting adhesion in the S phase.

Hidaya is a science communications enthusiast who has recently graduated and is embarking on a career in the science and medical copywriting. She has a B.Sc. in Biochemistry from The University of Manchester. She is passionate about writing and is particularly interested in microbiology, immunology, and biochemistry.